In early 2000, our flow cytometry lab at OSF St. Francis Medical Center in Peoria, Ill, found itself facing a dilemma that is all too common in our industry. Namely, the workload was increasing at such a pace that our two flow technologists and budget could not keep up. We did not want to staff the lab on weekends or holidays, but we also needed to process samples as quickly as possible to avoid sample degradation.

Our lab processes bone marrow, blood, sterile body fluids, and surgical tissues. Throughout 2002 a technologist was called in almost every weekend to process specimens that would come in late Friday or on Saturday or Sunday. On average, the technologists worked approximately 225 weekend hours per year.

It appeared that the only solution to our workload problem was to have staff work weekends, but this was becoming overwhelming. Something had to be done. After looking into many options, we decided to try a blood-preserving product manufactured by Streck Laboratories of Omaha, Neb.

Cyto-Chex® is a batching and transport reagent that is designed to allow patient specimens to be held for 7 days. The decision was made to test this preservative initially with blood, bone marrow, and tissue samples. Meanwhile, the weekend calls kept coming.

A major concern in the testing process was the viability issue. However, it was proven that cells positive by fluorescent antibody binding to CD-antigens on day 0 will remain positive even after 3 days. The cells may be slightly dimmer, but the ability to distinguish positive from negative is not lost. This and other information about Cyto-Chex was presented to the appropriate directors and supervisors as a possible answer to the weekend staffing problem. Since a technologist was being called in five to seven times a month on the weekends for bone marrows alone, a proposal was made to evaluate the efficacy of Cyto-Chex with those samples first.

The goal was to determine whether, by preserving white blood cells and maintaining cluster designation antigens or light-scatter characteristics, Cyto-Chex could eliminate the possibility of an unacceptable sample when there is a delay in transportation.

An initial 2-month study was conducted on ten benign and ten neoplastic bone marrows. Each sample was processed and analyzed on the day of receipt, according to the lab’s flow cytometry guidelines. One milliliter of sample was then placed in the Cyto-Chex preservative and refrigerated according to the manufacturer’s recommendations.

Over the next 2 days, each sample was processed and analyzed with the use of the same number of immunophenotyping markers as on the day of receipt. The results demonstrated that Cyto-Chex preserved the integrity of white blood cells and antigenic sites in bone marrow and that the fluorescence and light scatter characteristics were only slightly affected. Our specimens were good for 3 days, eliminating the possibility of unacceptability for analysis due to delays in transportation and processing time. It also meant we could reduce significantly our personnel costs by decreasing the number of weekend staffing hours.

We began to use Cyto-Chex on all bone marrow specimens sent to us late on Fridays or over the weekend. As a result, Cyto-Chex has helped the hospital save substantially on labor costs. For example, if a technologist is called in every weekend, weekend hours could total 225 hours per year. With a pay rate of $26/hour, paid at time-and-a-half, the cost per year would be approximately $8,000. In comparison, the cost of Cyto-Chex is approximately $450 per year.

Cyto-Chex allows for more cost-effective testing to be performed without compromising specimen integrity. In addition, our flow cytometry technologists are pleased to have their weekends and holidays uninterrupted. In the future we will conduct studies to determine whether the product is suitable for other specimens as well. 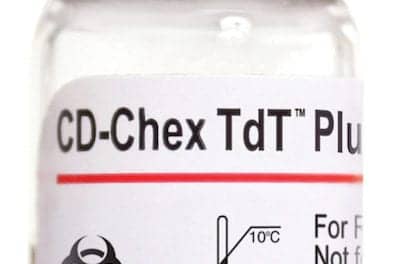 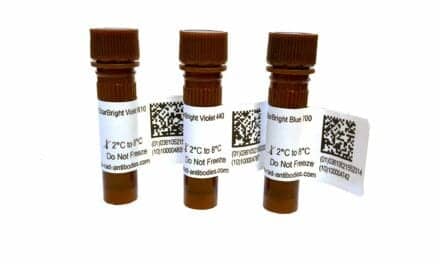 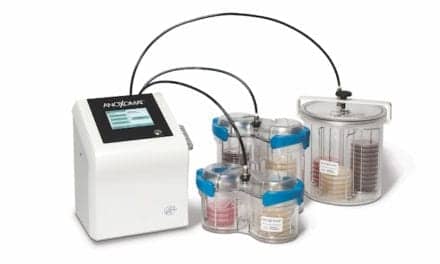