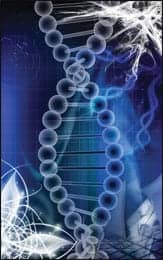 A dominant platform in clinical medicine, molecular diagnostics, based on genomics and proteomics, is one of the fastest-growing components of the diagnostics market—emerging from research into clinical practice with new tests constantly being launched. Development of the technology itself (first introduced in the late 1980s), and of its diagnostic applications, have led to increasing market penetration. Cutting-edge instrumentation has automated formerly labor-intensive sample preparation and assay steps, producing molecular tests that run the gamut from FDA-cleared tests to ones performed with analyte-specific reagents and lab-developed amplification techniques. With such an array, state-of-the-art molecular tests, which use genomics and proteomics to focus upon gene and protein activity patterns, are available in many areas of health care, from infectious diseases to oncology and chronic disorders.

Further success of molecular diagnostics is dependent on the commercialization of rapid, user-friendly, and economical high-quality testing systems, and the discovery of molecular-based therapeutics that will allow for more individualization of disease management—or, in popular parlance, personalized medicine—according to Shara Rosen, senior analyst at Kalorama Information.

A 2008 survey of laboratories in the United States—written by Rosen for Kalorama—reveals that most molecular labs will have more than one real-time system, such as the Roche Light Cycler/ABI 7500 and the Roche TaqMan 48, and they may also use proprietary systems, such as those marketed by Cepheid, Gen-Probe, Siemens, and Third Wave. According to the survey, while Roche pioneered the polymerase chain reaction (PCR) technology in the 1980s, many labs and companies are looking for ways to avoid paying the license fees to Roche, and are implementing other DNA amplification and molecular test platforms.

“Molecular testing, detection, and quantification, for infectious diseases, such as respiratory viruses and HIV, is center stage,” Rosen says. “The tests for these conditions are easy to analyze—the amplification of DNA shows whether the virus is there or not. It is black and white.”

In 2008, molecular tests for infectious diseases had 52% of the market and will likely retain their market position for at least the next 5 years due to advancements in viral load testing for HIV and hepatitis and increased research in microorganism pathogenicity, the survey revealed.

Rosen adds that cancer is another expanding arena. “While the need in other realms, such as cardiac and autoimmune, is great, cancer is the other area where molecular testing is evolving the most rapidly.”

Noriko Kusukawa, PhD, of ARUP adds that genetics is another growth area, particularly in cases where genetic variation correlates to drug response.

Cepheid’s Xpert® MTB/RIF is one of the latest infectious disease diagnostics. Launched in April as a CIV IVD product in Europe, the test can simultaneously detect Mycobacterium tuberculosis (MTB) and resistance to rifampicin (RIF), a common first-line drug for treatment of the disease. According to David Persing, MD, PhD, chief medical and technology officer at Cepheid, the company is currently in discussions with the FDA about approval for the product in the United States.

“There is an immediate demand for this type of product outside the US,” Persing says. “There is a resurgence of TB and development of drug-resistant strains that make the need for accurate and rapid detection imperative in countries such as India, China, and Africa. MDR-TB is becoming increasingly prevalent, making TB harder to treat with the usual regimen; that includes rifampicin.”

According to the World Health Organization (WHO), approximately 2 billion people each year are currently infected with MTB, and approximately 2 million lose their lives to the illness. The WHO estimates that only 2% of the multidrug-resistant (MDR) TB cases worldwide are being diagnosed and treated appropriately, leaving MDR-TB patients untreated for weeks and months and leading to an increased likelihood of community transmission and eventual death.

The test leverages the power of Cepheid’s GeneXpert® System to deliver a highly accurate diagnosis of the disease in less than 2 hours—unlike the current most common testing method, sputum microscopy. The smear test detects only around half of all active TB cases and cannot detect drug resistance. Due to their low accuracy, smear tests are followed by culture tests, which take several weeks.

“This test can be used in any clinical setting on demand with minimal training,” Persing says. “In my opinion, this new test is one of the most important diagnostic breakthroughs to have occurred in many years. It is the most technologically advanced test for TB ever developed, yet it is simple enough to perform anywhere testing is needed.”

The test is Cepheid’s first released in the new reagents on board configuration, which includes the packaging of liquid reagents along with the previously included dry reagents in the test cartridge. This added feature makes the test procedure even easier to perform and further reduces hands-on time to about 1 minute. According to Persing, this new test configuration is also expected to form the foundation for the company’s projected future line of CLIA-waived products.

Released in 2004, Cepheid’s GeneXpert System is the world’s first closed system, quantitative, nested real-time PCR assay, and allows health care providers to obtain timely, near-patient, sensitive, and accurate results from a blood sample, with minimal potential for RNA loss or sample contamination. The only system to combine on-board sample preparation with real-time PCR amplification and detection, it provides fully integrated and automated nucleic acid analysis. Designed to purify, concentrate, detect, and identify targeted nucleic acid sequences, the system delivers answers directly from unprocessed samples. Modular in design, it has a variety of configurations to meet the broad range of testing demands of any clinical environment.

Technologies based upon the polymerase chain reaction (PCR) method will most likely become the gold standard of diagnostics. This chemical technique amplifies a single or a few copies of a piece of DNA across several orders of magnitude in a test tube, generating millions or more copies of a particular DNA sequence. This allows the diagnostician to identify and assess the DNA for viruses, for example, or for specific patterns endemic to cancer or other conditions.

Quantitative PCR (qPCR) takes the process a step further—monitoring the PCR process in real time and deducing the amount of DNA of interest that was present in the original sample, according to Wittwer and Kusukawa of ARUP. Compared to PCR, qPCR is a more complex process, and its accuracy depends on assay design, fluorescence instrumentation, and proper analysis by comparison to reference standards. It is used extensively in diagnostic testing, from pathogen detection to cancer prognosis.

Cepheid offers several diagnostic tests in the United States for the Xpert System, including four to detect methicillin-resistant Staphylococcus aureus (MRSA). In Europe, it also offers the Xpert C. difficile diagnostic test for Clostridium difficile infection—a common hospital-based infection that occurs in patients on antibiotics and causes severe diarrhea. Results are available within an hour, and the patient can immediately be treated and put in isolation.

“You can run these tests in real time while the patient waits, and the doctor can determine the appropriate treatment,” Persing says. “In a hospital setting when infection can spread so rapidly, this is imperative.”

Due to its ability to rapidly measure small liquid volumes at high accuracy and provide traceable results, the ARTEL PCS Pipette Calibration System is made to order for qPCR applications. The OCS is small enough to be used benchtop to help labs improve the quality of the qPCR results, says Bjoern Carle, PhD, laboratory applications scientist at ARTEL.

“Pipetting in accuracies can significantly alter qPCR results,” Carle explains. “DNA amplification relies on the accurate addition of samples in controlled quantities for proper analysis. Any discrepancy in delivered volumes can alter the concentration and ratio of reagents in the master mix and skew response readings.”

Based on ratiometric photometry, the PCS is able to verify the performance of pipettes when handling the low volumes essential to qPCR testing, which typically works with volumes in the 2 to 200 microliter range. Ratiometric photometry measures the absorbance of light by two proprietary dye solutions to verify volume, which increases the accuracy of the measurements and eliminates sources of error associated with the use of balances. Unlike other pipette calibration technologies, such as gravimetry, the PCS is largely unaffected by environmental conditions or vibration, and there is no need to compensate for sample evaporation.

“But ultimately, we would like to have all our real-time products for diagnostics,” Patel says. “It will come in time. We just need history and statistics.”

Biocare Medical will launch its FDA-approved rapid chromogenic in situ hybridization (CISH) technology in July. The revolutionary technology can be used to diagnose such conditions as lymphoma and the Epstein-Barr Virus, as well as determine the stage of tumors, according to Rhonda Henshall-Powell, PhD, product manager for Biocare.

“This is groundbreaking technology,” Henshall-Powell says. “It is as simple as the popular IHC (immunohistochemistry), but it has a much greater specificity and sensitivity. And, in contrast to typical CISH methods, it measures the activated messenger RNA (mRNA), rather than looking at amplification of the DNA and searching for the number of copies. In other words, it measures the activated gene.”

Traditionally, it has been hard to measure mRNA because of its instability, which requires elaborate preparation and decontamination of the workspace and instrumentation. Rapid CISH neutralizes the ribonuclease (RNase) that catalyzes the degradation of RNA because its probes are constructed of DNA substituted with deoxyuridine.

“This is phenomenal,” Henshall-Powell says. “Our probes are totally resistant to RNase and bind directly to the mRNA. This is even simpler than IHC because it requires no boiling of the tissue or elaborate, 2-day preparations.”

Rapid CISH is a five-step procedure that takes 90 to 120 minutes, with a 30- to 60-minute hybridization, and requires no heat-induced epitope retrieval (HIER). By contrast, the typical CISH procedure takes 2 days with long incubation times, typically overnight, and often there are background staining problems. The popular IHC is a 2- to 3-hour procedure with a 30- to 60-minute primary incubation and background problems. It generally requires HIER.

The procedure, which is semiquantitative and semiautomated, also boasts high specificity and a clean background. Storage and transport are at room temperature.

“It’s so easy, any lab can do it,” Henshall-Powell says. “Anyone who is running an IHC can do it.” 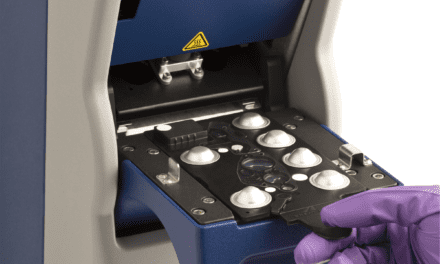 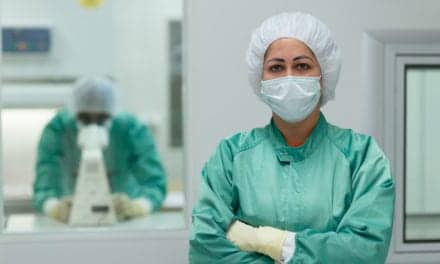 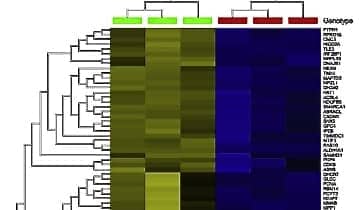