Multiplexing at the Molecular Level 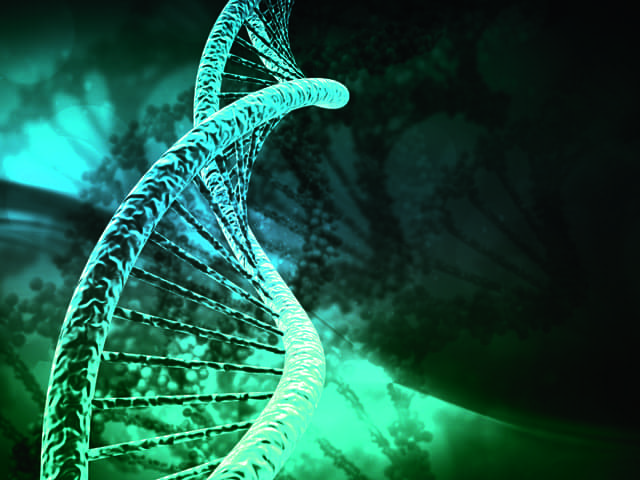 Over the past several years, molecular diagnostic testing has become increasingly common in clinical laboratories, in part because of a corresponding increase in the number of players involved in developing multiplexed molecular tests. Whether the roots of this trend lie in a need for more markers per panel, faster turnaround time, greater use of automation, or something else, one thing remains certain: laboratories desire more multiplexed solutions.

Multiplexing creates tests that are beneficial to patients as well as to healthcare providers’ bottom-lines. Patients can be tested for multiple diseases during a single visit, enabling healthcare providers to know sooner what type of counseling and treatment needs to be considered. Meanwhile, payers and providers can capitalize on existing infrastructure to expand testing capabilities, offering more comprehensive services to patients while maximizing the use of testing resources.

If the answer to all of these questions isn’t a firm “yes,” he says, diagnostics companies should think twice about the practicality of the assay. “These considerations inevitably lead to the idea of multiplexing—measuring multiple biomarkers from a single biological sample—which can make it possible for labs to achieve all of these goals at once.”

Nowhere has this idea taken hold more than in the area of genetics, where researchers are increasingly finding that genetic diseases are caused by the interaction of many chromosomal abnormalities. The vast number of algorithms required to calculate such genetic variations has been enough to give birth to an entire cottage industry known as genetic counseling, observes Peloquin. “But how is that vast cacophony of data generated in the first place? Multiplexed diagnostic testing,” he adds.

The increasing availability of relevant molecular panel tests is already changing the standard of care for some diseases. According to Peter D. Beitsch, MD, FACS, director of the Dallas Breast Center, Dallas, and past president of the American Society of Breast Surgeons, molecular panel testing for metastatic cancer has previously been performed mostly for patients who have failed multiple established treatment regimens. But this practice is changing. (For more information, see the companion article, “San Antonio Presenters Offer New Data on Genomic Diagnostics.“)

“The most common cancer types are breast, colon, lung, melanoma, and renal cell,” says Beitsch. “For lung cancer and melanoma, the standard of care is now to check for certain molecular markers at the beginning of treatment for metastatic disease—not after failing a round or two of standard treatment—since certain cancers are exquisitely sensitive to targeted therapy. Two examples of this are crizotinib in ALK-mutated lung cancers (about 2% of all lung cancers), and vemurafenib and cobimetinib (or other BRAF and MEK inhibitors) for BRAF V600 mutation in melanoma patients (about 50% of all melanomas),” Beitsch says.

“As we are learning more about all cancers, it is apparent that there are certain pathways that are common to cancers that originate in many different tissue types,” Beitsch explains. “For example, BRAF mutation occurs in approximately 10% of colon cancers, 5% of thyroid cancers, 2% of breast cancers, and 1% of lung cancers. Soon, we will not define cancers by their tissue of origin but by the pathways that are driving them—because that is how we will be treating them.”

Within the next 5 years, Beitsch suggests, clinicians will be implementing targeted therapies based on the presence of specific biomarkers. “Labs will be diagnosing cancer via liquid biopsies using blood or urine specimens, followed by locating the cancer and treating it surgically if possible, but more likely using targeted therapy directed at the molecular mechanisms driving the disease,” he says. “Such therapies may even involve inserting genes back into tumor cells that have lost their capacity for cell regulation—for example, inserting p53 using the CRISPR/cas9 mechanism.”

Cancer gene panels are being used in the management of an array of hereditary cancers, notes Johnathan Lancaster, MD, PhD, chief medical officer at Myriad Genetic Laboratories, Salt Lake City. Myriad’s myRisk hereditary cancer test is a 25-gene panel that identifies an elevated risk for eight important cancers: breast, colorectal, endometrial, gastric, melanoma, ovarian, pancreatic, and prostate. “We also are looking at other genes, and may increase the number of genes in the panel as the science advances,” Lancaster says.

Tests such as Myriad’s myRisk gene panel are rapidly gaining acceptance and becoming the standard of care because they capture more mutation carriers than older single-syndrome tests, such as those used for hereditary breast and ovarian cancer or Lynch syndrome. “Multiple studies have shown that testing with myRisk increases mutation detection between 40% and 50%,” says Lancaster.

In addition, Lancaster notes, the myRisk test provides healthcare professionals with more useful information than older tests, and presents it in a format that is easier to use. The test results blend genetic testing status with personal and family cancer history to create a clinically actionable risk assessment and follow-up, and provide specific medical management recommendations based on the guidelines of leading medical professional societies. Whether a patient’s genetic test results are positive or negative, Lancaster adds, the myRisk test report provides the physician with recommendations for managing the patient’s care.

But to understand the biology underlying such disease, tests need to go beyond measurement of gene expression and genetic alteration, and simultaneously capture information from various types of molecules underlying the biology, explains Joe Beechem, senior vice president of research and development at NanoString Technologies, Seattle. To achieve this goal, Beechem and his team developed a technology called 3D Biology, an approach that enables multiplexed digital assays to analyze multiple RNA and protein analytes simultaneously.

Building on the 3D Biology approach, NanoString has developed a suite of products for immunooncology, enabling interrogation of focused areas of biology to look at protein and gene expression simultaneously. “The most recent introduction to the portfolio, the nCounter PanCancer Immune Profiling panel, enables gene expression analysis with content focused on areas such as adaptive immunity, cancer metabolism, intracellular signaling, cellular profiling, Wnt pathway, innate immunity, and DNA damage and repair,” says Beechem. “Designed with flexibility in mind, these panels act as research and development building blocks and may be combined with nCounter protein assays, creating new possibilities for researchers to incorporate interrogation of both protein and RNA analytes into their experimental design.”

Advances in molecular multiplexing capabilities are transforming all types of healthcare screening and testing, and expanding the application of molecular diagnostics into an increasing number of settings beyond the walls of clinical laboratories.

Using a low-cost and easy-to-use solution to provide clinicians with results they can use to direct appropriate therapeutic decisions is the focus of Great Basin Scientific, Salt Lake City. “Assays should provide effective information for actionable results,” says Robert D. Jenison, Great Basin’s senior vice president of R&D and chief technology officer. “Multiplexing can be leveraged to improve clinical assay sensitivity and specificity by targeting multiple regions in a gene, or multiple genes, for enhanced accuracy in cases where the genome may present variability across strains of pathogens.”

“In line with this approach, the multiplex technology behind Great Basin’s Staph ID/R blood culture panel was designed to provide answers within 2 hours from a patient’s whole blood sample,” says Jenison. The Staph ID/R blood culture panel provides comprehensive information directly from positive blood cultures containing Gram-positive cocci in clusters (GPCC) or staphylococci, the most prevalent pathogen in bloodstream infections. The assay determines the presence of Staphylococcus species and whether they harbor the mecA gene, which confers methicillin resistance to the superbug methicillin-resistant Staphyloccocus aureus (MRSA). Detection of this gene is critical for treatment decisions.

“The Staph ID/R blood culture panel also identifies species that require specific therapeutic dosing, considering that species such as S. aureus and S. lugdunensis require greater amounts of drugs for sensitive infections, and vancomycin for resistant infections,” says Jenison. “The assay additionally identifies the remainder of staphylococci to the genus level, aiding with therapeutic decision-making, although they are normally all considered contaminants unless the patient is presenting additional clinically relevant symptoms.”

The FilmArray analyzer by BioFire Diagnostics.

“Patient symptoms help to identify a syndrome, but not necessarily a pathogen,” says Stevenson. “Many pathogens produce identical or significantly overlapping symptoms. Yet many diagnostics in use today ignore the syndrome and target single pathogens. This leaves physicians guessing at which bug to test for.”

BioFire’s syndromic approach to infectious disease diagnostics is changing all that. With four industry-leading comprehensive panels, says Stevenson, the company’s FilmArray system eliminates guesswork and helps to pinpoint bugs faster than ever.

“For many diseases, the degree of multiplexing needs to be high to include prevalent pathogens that a clinician needs to investigate to fully diagnose a patient,” says Doug White, vice president and general manager for molecular diagnostics and women’s health at BD Life Sciences, Franklin Lakes, NJ. “The BD Max system utilizes a variety of tools to support such assay complexity, including the use of multiple fluorescently labeled probes in a single master mix, and use of multiple master mixes per individual test cartridge.

“In addition, another level of multiplexing can be added based on the ability of the BD Max system to utilize melt curves to help determine precise single-nucleotide polymorphisms as well as nucleotide insertions and deletions involved in human disease,” says White.

“The BD Max allows laboratory staff to add panels on a single run based on clinical presentation and circumstances. An example of such an application is the combination of BD Max enteric panels, which provide flexible, expandable multiplexing through the combination of targeted bacterial or parasite panels. This method enables an efficient, cost-effective approach, as the laboratory only needs to run the panels that are clinically indicated. It is not a one-size-fits-all system that creates unnecessary costs,” he adds.

According to White, BD’s R&D team is currently working on applications with the capability to detect nucleotide alterations that confer drug resistance.

“The methods that laboratories choose to bring in a new testing technology are varied,” says SQI Diagnostics’ Peloquin. “But one thing has become abundantly clear: laboratories want platforms with IVD credentials, automation, and a varied menu of tests.”

Labs-on-a-chip have been around for a number of years, but few offer assays that are as reliable for multiplexed proteins and antibodies as they are for nucleic acids. Such limitations have far-reaching implications in the field of genetic diseases. The known biomarkers for the detection of Alzheimer’s disease, for example, are all proteins: beta-amyloid 42, total tau, and phosphorylated tau. “But soon, there will also be genetic markers for Alzheimer’s disease,” says Peloquin, “and clinical laboratories will need a technology that can detect both types of marker with the same accuracy and precision.”

The Sqidlite analyzer by SQI Diagnostics.

SQI Diagnostics has contributed to the offerings that meet laboratory requirements through its Ig plex multiplexed microarray system, which permits users to multiplex nucleic acids as well as proteins and antibodies from a single sample, using just one array. Additionally, says Peloquin, the tests can be run on one of three differently scaled automated systems, including the fully automated sample-to-result Sqidlite system.

With such efforts under way from a variety of manufacturers, molecular panel testing seems certain to continue making strong contributions to better understanding of diseases, and better care for patients. 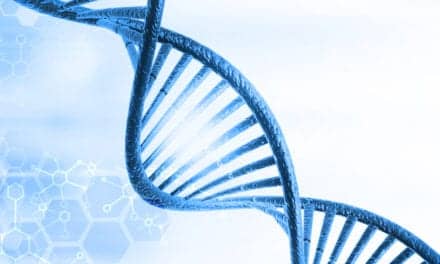 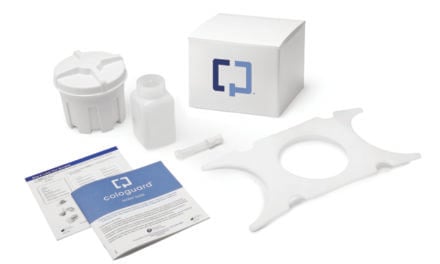 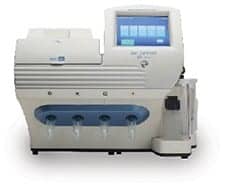 Thermo Raises a New Platform for the Clinical NGS Market 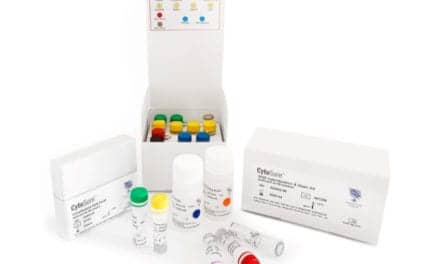