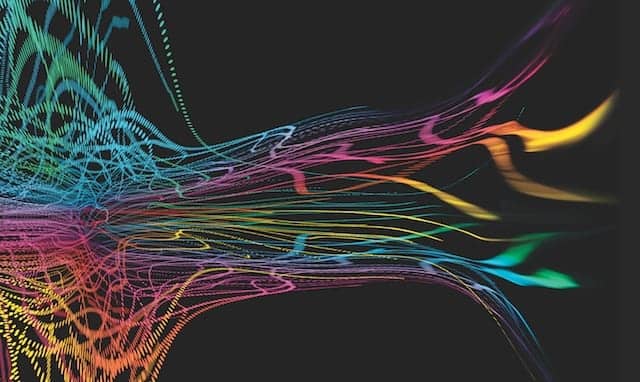 When it comes to specimen collection for drug analyte testing, urine sampling continues to be the most commonly used approach, with more than 57% of labs using urine as their standard analysis specimen.1 Despite its widespread use, however, this technique may not always be the best method for collecting biological samples. Issues surrounding sample swapping and spiking mean that supervised urination may be required in some settings, such as in prisons and for sporting events. Concerns over the practicality of collection can also make urine sampling unsuitable for use in other situations, such as at the roadside for drug-drive enforcement.

Other specimen types used for drug testing, such as blood, can be even more problematic. The collection of blood requires trained personnel to take the sample, and is far more intrusive for the donor. These difficulties mean that collection must be performed under carefully controlled conditions, again making its use at the roadside problematic.

A less invasive and more convenient approach to drug analyte testing could involve the use of exhaled breath—a specimen source that’s readily available, presents no modesty concerns around sampling, and does not require specialist personnel or facilities for collection. In this article, we discuss the potential of a fully validated approach for the use of exhaled breath to detect drugs of abuse, including amphetamines, cocaine, and opioids. With recent clinical research demonstrating the potential of this approach for the detection of a range of drugs of abuse, we take a close-up look at this technique and consider how it could, in the future, be used as a noninvasive route to research and monitor disease biomarkers.

When we exhale, we breathe out more than just air. As the airways of the lungs expand and contract during breathing, it’s thought that the fluid coating lining the lung airways forms thin films that span these narrow air channels. Upon exhalation, this film facilitates the formation of submicrometer-sized aerosol particles containing nonvolatile components representative of this fluid, such as proteins, phospholipids, and small molecular weight compounds—potentially including drugs of abuse.

With the right tools, these telltale molecular traces can be captured and studied. Olof Beck and colleagues at the Karolinska Institute, Sweden, have used a low-cost, commercially available collection device consisting of a polymer filter housed inside a plastic mouthpiece to collect these aerosolized particles in exhaled breath (see Figure 1). The electrostatic filter, made of polypropylene fibers, possesses a large capacity and is similar to those used for the cleaning of indoor air or as exhaust filters in respirator systems. By separating off saliva and larger particles, the microparticles become trapped within the filter, which can be subsequently analyzed.

To standardize the sampling procedure, around 30 L of exhaled breath are passed through the filter, as measured by filling a plastic bag attached to the device. After the exhaled breath sample is collected, the device is sealed with plugs before being sent to the forensic toxicology laboratory for analysis. In the lab, the collected biological material is solubilized by passing methanol through the filter. Liquid chromatography coupled with highly sensitive triple quadrupole mass spectrometry (LC-MS/MS) can then be used to analyze the molecules present in the sample.

An Alternative to Conventional Sample Collection

This collection approach has been used to monitor the pharmacokinetics of tramadol, an opioid pain killer used to treat moderate to severe pain.2 The sampling and analysis method, which employs LC-MS/MS in selected reaction monitoring mode, has been validated in accordance with industry-recognized quality procedures.3

Figure 2. Detection of tramadol in healthy volunteers over 48 hours.

In a clinical research study, exhaled breath was sampled from 12 healthy individuals administered with a single controlled dose of the drug over a 48-hour period. Taking advantage of the precise separation offered by the UltiMate 3000 ultra-high performance liquid chromatography (UHPLC) system and the high analytical sensitivity of the TSQ Quantiva triple quadrupole mass spectrometer (both from Thermo Fisher Scientific, Waltham, Mass), investigators were able to detect and quantify trace levels of tramadol up to two days after the drug was administered (see Figure 2). This result was comparable to results obtained through conventional analysis of blood plasma (see Figure 3).

The method also has the potential to be used for the detection of a much broader range of drugs of abuse in exhaled breath, including 6-acetylmorphine, amphetamine, cocaine, diazepam, methamphetamine, morphine, oxazepam, and tetrahydrocannabinol (THC).4 For all analytes, levels of quantitation as low as 6.0 pg per filter were achieved, with a limit of detection of 3.0 pg per filter. At the lower level of quantitation, accuracy of 99% to 102% was obtained for all analytes.

In a comparative study demonstrating the potential of the technique, blood plasma, exhaled breath, and urine samples were collected from 47 individuals recovering from acute drug intoxication.5 For all 12 studied drug substances, including the psychoactive substances mentioned above, analytes were detected in exhaled breath at the time of sampling, which was estimated to be within 24 hours after drug intake. In general, results obtained from all three collection approaches, along with self-reporting, were in good agreement.

In the detection of methadone, for example, the drug was positively detected in exhaled breath in all 11 cases where the presence of the substance was supported through self-reporting or by blood or urine analysis. A similar 100% positive identification rate using exhaled breath was also achieved for amphetamine and cocaine, where the drug was self-reported or detected analytically.

With urine and blood samples inconvenient to collect out in the field, this approach could be used, for example, by police at the roadside, potentially supported by traditional blood or urine sampling at the police station.

While the method draws parallels to alcohol breathalyzers, which have replaced the need for blood alcohol determinations in many instances, an important distinction is that disposable breath collection devices cannot provide results instantly. By enabling sampling at a specific time and place, however, the approach could help authorities overcome challenges associated with obtaining accurate measurements, for instance, at the scene of suspected drug-drive incidents or road traffic collisions. While the use of an analysis technique that does not deliver instant results could open up concerns over chain of custody, with appropriate protocols in place—similar to those around forensic evidence—the potential for interference could be minimized and easily recognized.

Some aspects of the testing approach are still being explored. For instance, in many forensic cases it can be useful to determine the dose and time when the drug was administered. With further development and calibration against reference standards, it may be possible to develop a system with this capability.

To detect concentrations of analytes at levels as low as 3.0 pg per filter, the exhaled breath approach makes use of highly analytically sensitive mass spectrometry in combination with precision chromatographic separation by UHPLC.4

LC-MS/MS offers a number of advantages over the immunoassays that are traditionally used as a first step in urine-based drugs-of-abuse screening. One limitation of immunoassays is that they can lead to false-positive results if the antibody used for a particular target analyte is able to crossreact with medications or their metabolites outside of the target drug class.6 Furthermore, as immunoassays rely on specific reagents in order to detect specific analytes, when these reagents are not present, samples may need to be sent externally for analysis, with associated cost implications.

LC-MS/MS on the other hand requires no additional reagents, and permits targeted detection of a broad range of analytes. Another advantage of the approach is that methods for the targeted detection of newly identified drugs can be developed more quickly using LC-MS/MS than by immunoassays, as new drug compounds can be conveniently added to a list of targeted screening routines through the use of shared spectral libraries.

The LC-MS/MS approach could also be automated, with the method allowing analysis of up to 15 samples per hour with minimal sample preparation. The Karolinska Institute researchers used targeted analysis software in combination with automated eWorkflows analytical method applications (Thermo Fisher Scientific), to create a measurement collection process that helped them obtain results more rapidly.

The range of detectable compounds contained within exhaled breath may be as diverse as in blood and urine, making exhaled breath an underused biological specimen for a number of future molecular diagnostic applications.7 As the filters designed to collect the nonvolatile components of exhaled breath can capture a wide range of species present within aerosolized exhaled breath particles, including proteins and other biological molecules, one potential application could be the future of disease biomarkers.

Currently, most donor samples used for the research and detection of disease biomarkers are based on blood or tissue, which involve invasive sampling techniques. With further development, exhaled breath could potentially be used to detect protein or molecular biomarkers such as those associated with early-stage lung cancer, in individuals who may otherwise present no unusual symptoms. This could lead to earlier identification and greater stratification of tumors, resulting in more-effective, personalized treatment.

Additionally, exhaled breath sampling could allow sample collection to be performed more conveniently at home, reducing the need for trips to healthcare centers by using sealed collection devices mailed directly to laboratories for analysis. If travel is difficult, such as for elderly patients, this procedure could potentially encourage more people to seek diagnosis earlier.

Using LC-MS/MS, endogenous low molecular weight compounds have been detected in exhaled breath condensate. Such compounds include leukotrienes, inflammation mediators associated with diseases such as asthma and cystic fibrosis.11 MS has also been shown capable of identifying phospholipids characteristic of lung surfactants in aerosolized particles, with a pilot study able to distinguish between individuals with asthma and healthy controls.12

While such studies are at the preliminary research stage, these findings highlight the potential of exhaled breath condensate and aerosolized particles contained in exhaled breath for the identification and development of disease biomarkers.

Readily available, convenient to sample, and without personal modesty issues during collection, exhaled breath overcomes many of the challenges associated with conventional blood and urine sampling for drug analyte testing. This noninvasive sampling technique can be validated to industry-recognized quality procedures, and in combination with the latest mass spectrometry technology can be used to detect a wide variety of drug analytes, including amphetamines, cocaine, and opioids. Recent studies highlight the potential of using exhaled breath as a complementary analysis specimen for a variety of drug testing applications. And with further development, exhaled breath may also find application in the identification and development of disease biomarkers.

Lisa Thomas is senior director of marketing for the clinical and forensic markets in the chromatography and mass spectrometry division at Thermo Fisher Scientific, and Olof Beck, PhD, is an adjunct professor of clinical pharmacology at the Karolinska Institute. For further information contact CLP chief editor Steve Halasey via [email protected].