In a large-scale, multiethnic study, UCLA researchers have confirmed the role played by three particular molecules known as cytokines in causing Type 2 diabetes, and have identified these molecules as early biological markers that may be used to predict future diabetes in healthy individuals.

Reporting in the August 15 issue of the journal Archives of Internal Medicine, principal investigator Simin Liu, MD—professor of epidemiology and medicine with a joint appointment at the UCLA School of Public Health and the David Geffen School of Medicine at UCLA—and colleagues have identified three inflammatory cytokines, or messenger molecules: tumor necrosis factor-alpha (TNF-Éø), interleukin-6 (IL-6), and high-sensitivity C-reactive protein (hs-CRP), that may be one of the causes of Type 2 diabetes. People with this condition produce insulin, but their bodies do not make enough of it or can’t use it effectively.

Low-grade, chronic inflammation of the body, reflected by elevated levels of inflammatory cytokines in the blood stream, may promote insulin resistance in the liver, muscles and the vascular endothelium cells, the layer of thin, flat cells that lines the interior surface of blood vessels. Inflammation can last for years before leading to Type 2 diabetes, hypertension or cardiovascular disease.

A blood test that looks for high levels of inflammatory cytokines could serve as an accurate predictor of diabetes in still-healthy people, years ahead of traditional risk-factor indicators such as obesity or insulin resistance. The finding also has implications for cancer research, according to Liu, since people with diabetes are at greater risk of developing breast and colon cancers.

"This is a final confirmation of earlier studies about the underlying biology behind Type 2 diabetes," said Liu, who is also a member of UCLA’s Jonsson Cancer Center.

But those previous studies, Liu said, were either very small or were animal studies. The UCLA study was more extensive in scale and involved human study volunteers.

"Our study identified 1,600 new cases of diabetes and measured the blood markers before they developed the disease," he said.

Researchers took advantage of the Women’s Health Initiative Observational Study (WHIO), an ongoing, long-term study examining the association between behavior, socioeconomic status, diet and other factors and their effect on women’s health. Liu and his colleagues took baseline-level measurements of inflammatory cytokines in apparently healthy women between the ages of 50 and 79 who had no signs of diabetes, then tracked their health for the next 6 years.

The WHIO study involved some 82,000 postmenopausal women of various ethnicities, including whites, blacks, Hispanics, and Asians and Pacific Islanders. At the time of follow-up, Liu and his colleagues compared 1,584 women, diagnosed with Type 2 diabetes, and matched them by age, ethnicity and other factors to 2,198 other women in the study who remained free of the disease.

While all three cytokines were found to be significantly related to an increased risk of clinical diabetes, one—hs-CRP—appeared to be a more consistent predictor of increased risk in all four ethnic groups. These associations were independent of the traditional risk factors such as obesity and elevated levels of glucose and insulin previously reported by Liu and his colleagues in the same multiethnic sample.

"The proinflammatory state is often linked to obesity, which can lead to insulin resistance," Liu said. "So identifying these markers by a simple blood test well before a disease begins not only can help improve mechanistic understanding of the disease but also offer alternatives to lifestyle—hitting an optimal balance of nutrition, for example, and engaging in more exercise—relatively simple things that can prevent disease."

The UCLA School of Public Health is dedicated to enhancing the public’s health by conducting innovative research, training future leaders and health professionals, translating research into policy and practice, and serving local, national and international communities. 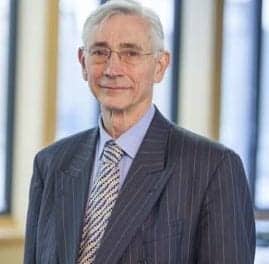 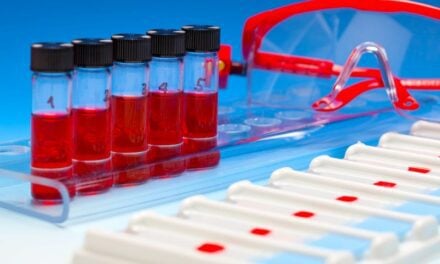