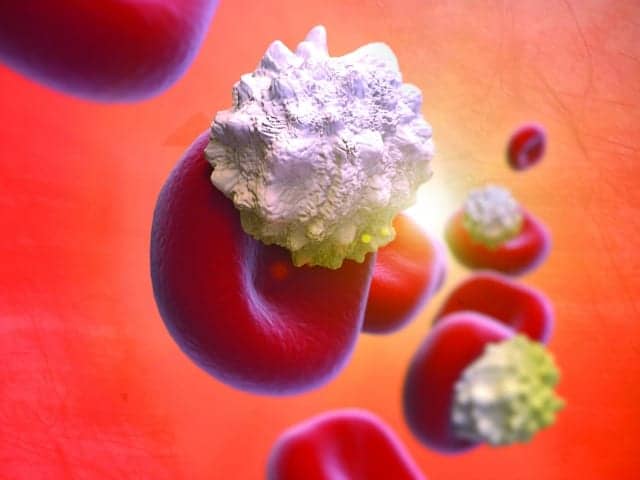 Beyond cholesterol: is there anything else?

Cardiovascular disease remains the number one cause of death in the United States. For decades, cholesterol has been implicated as a causal agent for this disease.1 As early as 1979, however, it was demonstrated that the distribution of cholesterol levels in subjects who had developed coronary heart disease (CHD) were similar to those in subjects who were free of disease.2 In short, total cholesterol levels were found to be inadequate for predicting CHD.

The subsequent discovery that cholesterol was partitioned into several fractions based on density led to the recognition that a patient’s level of high-density lipoproteins (HDLs) is inversely proportional to the development of CHD, while the level of low-density lipoproteins (LDLs) is directly correlated to CHD. In turn, this understanding led to the development of methods for the routine assessment of HDL cholesterol, and the calculation of LDL cholesterol based on the Friedewald equation.

Many labs now employ direct methods for measuring LDL levels, and novel methods for calculating LDL levels from a standard lipid profile have been suggested.3 Nevertheless, in many cases the standard practice for assessing lipid levels is still to measure total cholesterol, HDL, and triglyceride levels, and to calculate LDL levels using the Friedewald equation. “Nearly half of all heart attack patients have normal cholesterol and LDL,” says Clint Pridgen, vice president of marketing at Atherotech Diagnostics Laboratory, Birmingham, Ala. “Clearly, better methods of assessing cardiovascular risk must be employed. There have been many developments in lipid testing in recent years which must be utilized to evaluate patients at risk for cardiovascular events,” he adds.

The development of reliable automated methods for measuring apoliproteins A and B (Apo A, Apo B) led to the recognition that Apo A was a major component of both low-density lipoproteins and very low-density lipoproteins (LDLs, VLDLs). A report published in 1986 suggested the utility of measuring Apo B in diabetic patients.4 A report from 1992 stated that Apo B was better than LDL as a predictor of CHD risk.5 And in 2009, a position paper on best practices from the American Association for Clinical Chemistry working group on lipoproteins and vascular diseases stated that Apo B is superior to LDL for assessing CHD risk and for monitoring LDL-lowering therapy.6 And yet, even as we have turned the calendar to 2015, most physicians seldom order Apo B testing for their patients. 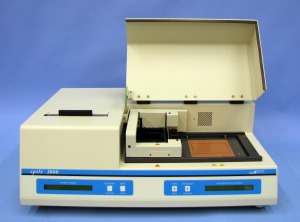 The Spife system by Helena Laboratories can determine the cholesterol content of HDL, LDL, VLDL, and Lp(a).

Lipoprotein(a). First reported in 1963 by the Norwegian geneticist Kåre Berg, MD, Lp(a) is a lipoprotein subclass consisting of an LDL-like particle with Apo A covalently bound to the Apo B portion of the particle. The human gene encoding Lp(a) was first cloned in 1987. Since then, genetic studies and numerous epidemiologic studies have identified Lp(a) as a risk factor for atherosclerotic diseases such as CHD and stroke.

The structure of Lp(a) is similar to plasminogen and tissue plasminogen activator (tPA), and it competes with plasminogen for its binding site, leading to reduced fibrinolysis. Also, because Lp(a) stimulates the secretion of plasminogen activator inhibitor-1 (PAI-1), it leads to thrombogenesis. Lp(a) also carries cholesterol and thus contributes to atherosclerosis. In addition, Lp(a) transports the more atherogenic proinflammatory oxidized phospholipids, which attract inflammatory cells to vessel walls and lead to smooth muscle cell proliferation.

Although the presence of high levels of Lp(a) in blood is recognized as a risk factor for CHD, most commonly prescribed lipid-reducing drugs have little or no effect on Lp(a) concentration. In most trials, efforts to reduce Lp(a) levels using statin medications have been mixed, although a meta-analysis published in 2012 suggests that atorvastatin may be of benefit.7 Niacin (nicotinic acid) and aspirin are two relatively safe, easily available, and inexpensive drugs known to significantly reduce the levels of Lp(a) in some individuals with high Lp(a).

Measurement of Lp(a). Apo A proteins vary in size due to a size polymorphism (KIV-2 VNTR) that is caused by a variable number of so-called kringle 4 repeats in the LPA gene. This size variation at the genetic level is also expressed on the protein level, resulting in apo A proteins with 10 to >50 kringle 4 repeats (each of the variable kringle 4 repeats consists of 114 amino acids). These variable apo A sizes are known as “apo A isoforms.” There is a general inverse correlation between the size of the apo A isoform and the Lp(a) plasma concentration.

There are three methods for determining the concentration of Lp(a) in a patient sample: immunoassay, electrophoresis, and ultracentrifugation. One concern with immunoassay techniques is the relationship of the size of the isoform and its response to the antibody used in a particular assay.

The effects of varied isoform size on different diagnostic strategies was the theme of a workshop hosted by Randox Laboratories, Crumlin, County Antrim, UK, in conjunction with the 2013 annual meeting of the American Association for Clinical Chemistry. The session was presented by Santica M. Marcovina, PhD, DSc, research professor of medicine and director of the Northwest Lipid Metabolism and Diabetes Research Laboratories at the University of Washington. Emphasizing the utility of Lp(a) levels for assessing a patient’s risk of developing coronary artery disease, Marcovina also highlighted the need for standardization of the different diagnostic methods in order to reduce large variations in test results among laboratories.

“Lp(a) is characterized by the presence of multiple copies of kringle 4, type 2 domain. These multiple repeats generate different isoforms of apo A in different individuals,” Marcovina said. “This size polymorphism greatly impacts the accuracy of Lp(a) values obtained by different methods. It’s therefore essential to evaluate the different diagnostic approaches for their ability to produce Lp(a) values that are minimally affected by the Apo A size variation.”

According to Marcovina, one approach that has been shown to be effective in minimizing the impact of Apo A size variability on Lp(a) results is the use of use of multiple, independent standards to calibrate the assays. She offered as an example a five-point calibrator by Randox, for which each calibrator is independent and represents the Lp(a) range from low to high with different apo A isoforms. Marcovina worked with Randox to certify the Lp(a) reagents and calibrators for all major instruments. “By having accuracy-based target values assigned to each calibrator, the Randox assays are minimizing the differences between the sizes of Apo A in the sample and the calibrator,” Marcovina said.

“The calibrator is also manufactured from selected donors, so each of the five levels also have repeat sequences similar to the patient,” says John Campbell, PhD, global manufacturing manager at Randox. “This effectively minimizes the difference between the size of Apo A in the patient samples and the calibrator.”

The Mayo Clinic, Rochester, Minn, uses Helena’s Spife system for the determination of Lp(a) levels. “In conjunction with nuclear magnetic resonance (NMR), we can perform a comprehensive lipid profile,” says Leslie J. Donato, PhD, codirector for cardiovascular laboratory medicine and for hospital clinical laboratory and point of care testing at the Mayo Clinic.

Measurement of the LDL cholesterol level in a patient’s blood sample is not a good predictor of cardiovascular risk. The same is true of LDL cholesterol sizing. Compared with either LDL levels or LDL size, quantifying the number of LDL particles in a sample provides a far better predictor of CHD. 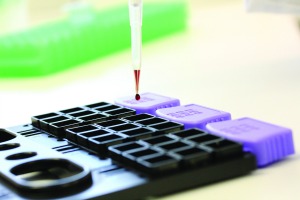 Evidence Investigator biochips contain discrete test regions and internal quality control sites that are located in the same position on every biochip.

In patients with normal total cholesterol who have other risk factors, assessment of LDL particle number is essential. The Vantera clinical analyzer by LipoScience Inc, Raleigh, NC, uses NMR technology to identify and quantify concentrations of lipoproteins and small molecule metabolites. “At Mayo we are using the Vantera clinical analyzer for the determination of LDL particle number,” says Donato. “The combination of NMR and electrophoresis allows us to perform a comprehensive lipid panel to accurately assess a patient’s risk for CVD.”

Health Diagnostics Laboratory uses an NMR method developed in-house for the determination of LDL particle number. Dall emphasizes the importance of determining Lp(a) and LDL particle number in high-risk patients—and especially among diabetics. “With the technology available today, it is unacceptable not to determine these new markers in diabetics,” she says. 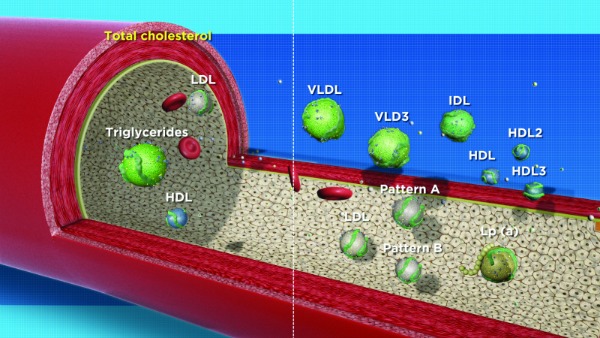 “With the addition of particle number to the VAP lipid panel, Atherotech offers everything physicians are looking for when it comes to heart disease risk assessment,” says Atherotech’s Pridgen. Both Lp(a) and LDL particle number testing are covered by Medicare, and need not be performed on fasting samples, he adds.

“The vertical auto profile gives the clinician many important pieces of information above and beyond conventional lipid profiles that estimate LDL concentration,” says Peter McCullough, MD, a cardiologist who oversees cardiovascular education and research for the Baylor Health Care System, Dallas. McCullough has experience using both NMR techniques and the VAP test. “Direct assessment of LDL-C as well as a determination of its particle number help clarify risk in a common and broad group of patients with cardiometabolic syndrome, elevations in triglycerides, low HDL-C, and deceptively low estimated LDL-C,” says McCullough. “It’s nice to have an alternative to NMR that can be performed as part of a routine lipid profile.”

Familial hypercholesterolemia (FH) is a genetic disorder of lipoprotein metabolism. It is a common autosomal-dominant, or inherited, disease that affects the plasma clearance of LDL-C, resulting in premature onset of CVD and a higher mortality risk. 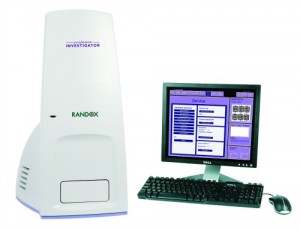 The Evidence Investigator by Randox Laboratories is the world’s first platform allowing consolidation of immunoassay, molecular protein, and DNA-based biochips.

Genetic defects common among patients with FH are mutations in three genes that code for proteins involved in the uptake of LDL-C from plasma: the low-density lipoprotein receptor gene (LDLR; prevalence of 1 in 500); the apolipoprotein B gene (Apo B; prevalence of 1 in 1000); and the proprotein convertase subtilisin/kexin type 9 gene (PCSK9; prevalence of less than 1 in 2,500).

Clinical diagnosis of FH is often based on such outward symptoms as xanthomas (fatty deposits, usually appearing on the eyelids or on tendons) or the presence of arcus cornealis (a white deposit of cholesterol in the outer rim of the iris). However, many patients, particularly juveniles, do not exhibit these signs. Thus, diagnosis can only be confirmed through genetic testing for FH.

Randox has developed assays for all three inherited FH genes using a combination of multiplex PCR and biochip array hybridization. The biochip detection system is based on a chemiluminescent signal read on an instrument called the Evidence Investigator. “The Evidence Investigator is the world’s first platform allowing consolidation of immunoassay, molecular protein, and DNA-based biochips,” says Martin Crockard, PhD, molecular diagnostics manager for Randox.

Evidence Investigator biochips contain discrete test regions and internal quality control sites that are located in the same position on every biochip. The control sites each have established target levels that permit laboratory staff to identify problems. During testing, if the levels recorded for a control site fall outside specified target ranges, an error code will be generated instead of a result, indicating an inaccurate test.

Having the capability to detect the LDLR, Apo B, and PCSK9 mutations will have a benefit for the treatment of FH patients, Crockard explains. Carriers of FH require much more aggressive therapy to derive benefit. But the good news is that, when FH is diagnosed early, treatment is very effective.

The routine lipid panel ordered by most physicians consists of total cholesterol, HDL, triglycerides, and a calculated LDL level that must be determined on a fasting sample. Evidence exists to demonstrate that while statins can lower LDL levels, they do not lower the number of small, dense LDL particles.12

Newly available markers such as Lp(a) and LDL particle number can better assess a patient’s risk for cardiovascular disease. Genetic testing is available that can reliably identify familial hypercholesterolemia, making possible earlier treatment for these disorders. Laboratorians can play a critical role in educating physicians about the use of such new markers. 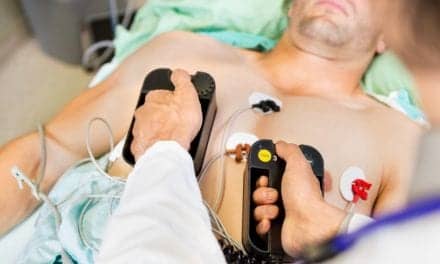 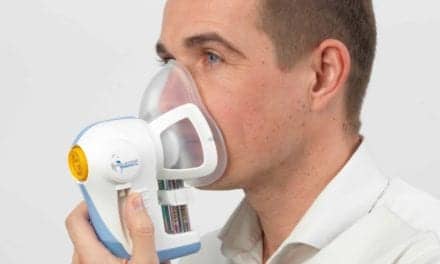