HIV Screening Could Be Added to List of Covered Preventive Services

"The President has set clear priorities for an improved national response to ending the HIV epidemic," said HHS Secretary Kathleen
Sebelius. "Today’s action by HHS’ Centers for Medicare & Medicaid Services (CMS) sends a strong signal that this Administration takes prevention very seriously, especially when it comes to HIV and AIDS."

"While younger age groups account for most cases of HIV infection in the United States, the Centers for Disease Control and Prevention (CDC) estimates that in 2006, approximately 19% of all U.S. residents with AIDS were age 50 years or older when the disease was diagnosed, " she added.  "Knowing about their HIV status can help patients live longer, fuller lives as well as avoid unintentional transmission of the virus to others."

CMS’ efforts mark the first time that Medicare has proposed to expand its list of covered preventive services under a new authority established by Congress.  The Medicare Improvements for Patients and Providers Act of 2008 (MIPPA) gave CMS the ability to consider whether Medicare should cover "additional preventive services," if certain requirements are met.

Acquired immunodeficiency syndrome (AIDS) is diagnosed when an HIV-infected person’s immune system becomes severely compromised or a person becomes ill with an HIV-related infection. Of the more than one million Americans estimated to have the HIV infection, the CDC has estimated that about a quarter of them do not realize they are infected. Without treatment, the HIV infection usually develops into AIDS within 8 to 10 years.  While there is presently no cure for HIV, screening can help identify infected patients so that they can receive medical treatment that could help delay the onset of AIDS for years.

"This proposal to cover HIV screening for our Medicare population has great potential in terms of saving lives and improving the quality of
life for many seniors, as well as beneficiaries under age 65," said Acting CMS Administrator Charlene Frizzera.

The White House’s top HIV/AIDS official saluted the move by HHS, calling it a critical step in helping HIV and AIDS patients to get the treatment they need.

"The President is committed to re-focusing national attention on the domestic HIV epidemic and salutes this decision as an important step in our overall strategy," said Jeffrey S. Crowley, the Director of the White House Office of National AIDS Policy. "We are working with
agencies across the government to achieve the President’s goals of reducing HIV incidence, getting all people living with HIV/AIDS into care and improving health outcomes, and reducing HIV-related health disparities. The actions taken by the HHS today are an important part of our efforts."

CMS uses the national coverage determination process to make decisions on these types of preventive services.  This process provides
transparency about the evidence that CMS considers when making its decisions and allows opportunity for the public to comment on CMS’
proposals.

"We are pleased to be able to propose an expansion to Medicare’s portfolio of preventive services," said Barry M. Straube, MD, CMS
CEO and Director of the Agency’s Office of Clinical Standards & Quality.  "Before the MIPPA law, CMS had not been able to expand preventive services without Congressional action.  Now we can take more active steps to evaluate the evidence about which services are reasonable and necessary to help keep Medicare beneficiaries healthy." 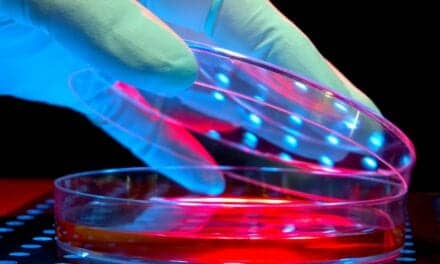 STIs in the Time of Covid-19