The advanced drug therapies for treating HIV/AIDS patients in the poor and remote regions where the disease is spreading fastest is gaining a new tool that may provide dramatically improved results.

Compared to traditional manual flow cytometry systems, the PointCARE system is small and portable enough to be readied for use in any location under any conditions. Flow cytometry is critical for monitoring CD4 positive cell counts as part of HIV antiretroviral therapy. As HIV/AIDS diagnosis and treatment move forward, the monitoring of treatment and disease progression is vital, especially as drug-resistant strains of the virus begin to surface.

PointCare Technologies has found a valuable partner to assist in getting its new technology into the world marketplace: Beckman Coulter. Terms of the partnership give Beckman Coulter exclusive global sales and marketing responsibilities for the PointCARE system. Beckman Coulter introduced the new portable unit during the Global AIDS Conference in Bangkok, Thailand, in July, and the company is anticipating a September start for shipments of the system to Africa and the Caribbean, regions where the CD4 cell monitoring of HIV/AIDS treatment is in high demand.

“Everybody has been focused on getting their hands on the latest HIV/AIDS drugs, but without reliable CD4 monitoring of these drug therapies, the drugs are worthless,” says Michael Bezdek, a spokesman for PointCare Technologies.

The PointCARE platform uses gold-coated microparticles—specifically, colloidal gold anti-CD4 antibody conjugates—that bind to lymphocytes and scatter light in characteristic directions to differentiate these cells from other types, such as CD4 expressing monocytes. The new technology processes CD4 count, CD4 percentage of lymphocytes, and white counts in parallel and reports them simultaneously. Results are available in as few as 17 minutes. Expansion of the hematology menu is under way.

While the PointCARE system has not yet received 510(k) clearance from the Food and Drug Administration for use in US hospitals and clinics, interest in the lower cost, easy-to-use portable units is high in other parts of the world.

An operator has only to load capped, bar-coded phlebotomy and reagent tubes into color-coded positions on the unit. PointCARE does the rest. The instrument pierces the tube cap, pipettes, mixes, incubates, reads, and stores waste with no operator involvement. Cell counting is performed on an absolutely volumetric basis using syringe pumps instead of beads, and involves automatic cluster analysis. Company officials say operators can be trained in an hour or so.

The reagents for PointCARE are not light-sensitive and they do not require refrigeration. The gold conjugate is stored as a soluble bead at the bottom of each reagent tube. Safety benefits for test administrators include closed-tube sampling, a closed-tube reagent system, no need for external reagents, an automatic clean cycle, no sample centrifuging, and no manual pipetting.

PointCARE results are available at the test site—eliminating shipping of samples to a central lab and return visits from patients. Results are produced without delays for incubation. The system’s reagents can be stored at room temperature.

Multisite trials conducted in sub-Saharan Africa and North America indicate that PointCARE results are “in good agreement with central laboratory methods,” according to PointCare Technologies officials.

While HIV/AIDS drug prices have dropped substantially in recent years, many of the tests used to initiate and monitor treatment of the disease in the most developed countries seem beyond the reach of Third World areas. In January 2002, for example, the American Foundation for AIDS Research found that while viral load tests were costing about $100 each, the least costly flow cytometers for monitoring CD4 cell counts ranged from $75,000 to $100,000. That doesn’t include the expense of training and hiring of staff, equipment maintenance and repair, and shipping and storing of samples.

According to Bezdek, the flagship PointCARE system reflects his firm’s commitment to developing products that can make a difference in poor and rural areas without access to advanced central lab testing. When measured according to total cost per patient, the PointCARE system, its creators say, ranks as the lowest cost of any low-volume CD4 analysis system on the market.

Officials at Beckman Coulter, which is distributing and supporting the new monitoring system, believe the product has the potential to significantly grow the company’s global market share in HIV treatment monitoring. Bonnie Anderson, vice president of Beckman Coulter’s Translational Solutions Business Center, says “the affordability and portability of this product will help make HIV/AIDS treatment and monitoring a reality for the more than 40 million people globally who are suffering from the disease.”

Bezdek says PointCare Technologies has retained research and development rights for the portable monitoring system. The standard system currently generates critical CBC parameters, CD4 lymphocyte counts and hematology, including tests for opportunistic infections. An expanded PointCARE menu that would also encompass tests for anemia and platelets is under development. 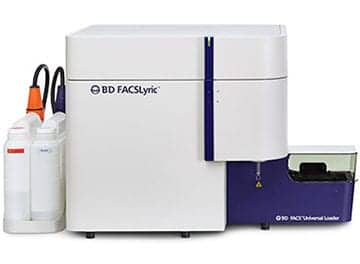 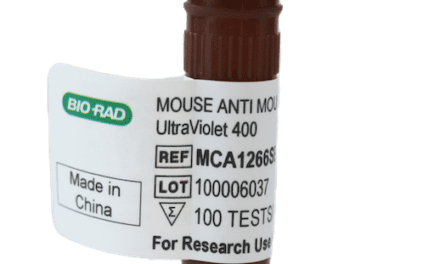 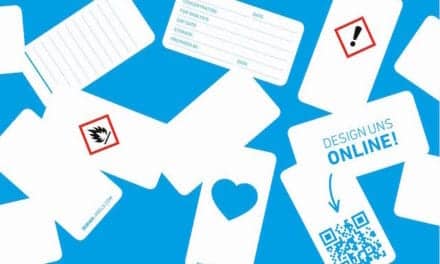