For most of the 12 million patients in the United States who receive it each year, heparin—applied through injections or infusions—is usually effective at preventing the formation of clots and the extension of existing clots in the human bloodstream. The most common adverse reaction is bleeding.

Clinicians were using heparin to combat unhealthy blood clotting even before the US Food and Drug Administration (FDA) was created. As an anticoagulant, heparin can make a critical difference in a number of life-threatening conditions, including myocardial infarction, atrial fibrillation, and patient susceptibility to deep-vein thrombosis and pulmonary embolism.

But for some patients, administration of heparin can lead to an immunological reaction called heparin-induced thrombocytopenia (HIT) syndrome,  in which platelets aggregate in blood vessels. Most often, HIT results not from an initial application of heparin, but from prolonged use of the drug. Testing for heparin antibodies is a critical treatment routine.

In the past, clinical labs were limited to high-complexity tests such as serotonin release and enzyme-linked immunoassays that required special instruments and heavy technician involvement, and took hours to generate results. Single-patient sample processing was not cost-efficient. A platelet-aggregation test was yet another alternative.

Now, more than 400 labs and hospitals in the United States have begun using a less complex and faster turnaround test for determining a patient’s HIT antibody status. Introduced by Akers Biosciences in 2004, the particle immunofiltration assay (PIFA®) is a unit-use, single-patient assay that routinely produces color-coded results in 10 minutes.

“Since we provide services to the medical school, we must stay on the cutting edge of medicine in the area,” Gilbert says. An isolated city of about 200,000 people, Lubbock is at the center of medical care for nearly 1 million people scattered across northwest Texas, southern and western Oklahoma, and eastern and southern New Mexico.

Gilbert says UMC’s recent expansion has increased demand for testing in the lab. The medical center has expanded by two new floors in the past 24 months. Among the new quarters is a “one-stop shopping” cardiac center. The lab also provides PIFA and other specialized testing for nearby Lubbock Heart Center Hospital.

“In the recent past, we were testing for HIT with a platelet-aggregation method in which the patient’s plasma was processed with normal platelets in the presence of heparin to test for the abnormal aggregation of platelets by the patient’s antibody against heparin,” Gilbert says. That ELISA test proved long and tedious for technicians and was not available to patients admitted over weekends.

“Because of the time requirements, the physician often had to delay diagnosis or the day technician had to be called in,” Gilbert says. “But with the opening of the Lubbock Heart Hospital, demand for HIT testing increased beyond our capabilities. Platelet-aggregation reagents are not expensive, but technician time made the cost prohibitive.”

Pushed by time and cost demands, the UMC lab had little choice but to find a better test. The PIFA assay, she says, made sense because it is much more sensitive than the platelet-aggregation method and is much faster. “With PIFA, a physician knows quickly whether a decrease in a patient’s platelets is due to the heparin or whether he or she should pursue some other causes. The test can be run 24/7, using serum that is often already available in the lab,” Gilbert says.

According to Gilbert, UMC began offering the PIFA test in July 2005. It now performs about a dozen of the rapid assays every month. “Our day personnel were especially excited about the PIFA, and the other crews have been very receptive to its addition to their workload because it’s so easy and requires very little time,” Gilbert says. Physicians have been equally supportive of the new assay, she says.

A PIFA test requires only about 5 minutes of hands-on work by a technologist.

Such tasks as thawing the control and allowing the cartridge to come to room temperature can be completed with a quick trip to the refrigerator/freezer and combined with other routine tasks in the lab. “Our hematology pathologist is happy about the improvements in turnaround times,” she says.

Gilbert believes the rapid PIFA test is the smart option for other labs, too—even those who may infrequently perform heparin tests. “The kits have fairly long expiration dates, but that might be an issue if a lab only performed a few per year,” she says. “Since the test is performed on serum and the serum can be collected up to 72 hours before testing, it would be very easy to send to a larger institution.”

Initial concerns about interpreting the test’s color changes have been remedied through assistance and communication with Akers, Gilbert says. “People from Akers even came to Lubbock to talk to me, which I very much appreciated.”

The Reimbursement Advantage
Patrice McMorrow, director of marketing at Akers, says the rapid assay is still in its launch phase. The PIFA traces its origins to an earlier Akers product—a rapid HIV test the company developed for application outside the United States.

“Cost is another PIFA advantage,” McMorrow says. “Our PIFA has a $40 per test list cost; most states reimburse about $25 of that. That compares with the $100 charge routinely passed on by reference labs on conventional high-complexity tests.”

Akers recorded 2005 revenues of about $4.6 million, up 250% from the previous year. The company has PIFA distribution agreements with Corgenix and Cardinal Medical Products and Services. Earlier this year, it received FDA approval for its line of rapid breathalyzers. 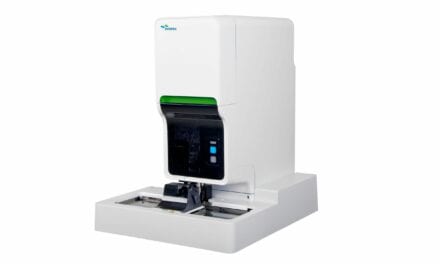