In the middle of September, the US Preventive Services Task Force (USPSTF) released for public comment a new evidence review and draft of recommendations for cervical cancer screening.1 The major proposed change from previous USPSTF recommendations is that for average-risk women aged 30–65 years, screening with high-risk HPV testing alone is recommended as an alternative to cervical cytology alone, and cotesting is no longer recommended.

“The major proposed change in the USPSTF’s draft recommendations is that clinicians screen for cervical cancer in average-risk women aged 30–65 years with either cervical cytology alone every 3 years or with high-risk human papillomavirus (HPV) testing alone every 5 years. Prior USPSTF guidance recommended cotesting with cytology and high-risk HPV testing instead of high-risk HPV testing alone.

“ACOG is reviewing the evidence the USPSTF used as the basis for its new draft guidance. At this time, ACOG continues to affirm the clinical guidance included in Practice Bulletin No. 168, ‘Cervical Cancer Screening and Prevention,’ which recommends that for women aged 30–65 years, cotesting with cytology and high-risk HPV testing every 5 years is preferred, and screening with cytology alone every 3 years is acceptable.2 The USPSTF recommendations for women younger than 21 years (no screening), for women aged 21–29 years (cytology alone every 3 years), and for women older than 65 years who have been adequately screened previously (no screening) have not changed and remain the same as ACOG’s guidance.

“In addition to routine cervical cancer screening, it is crucial that obstetrician–gynecologists and other women’s healthcare providers educate parents and patients on the benefits and safety of HPV vaccination for cervical cancer prevention, and offer HPV vaccines in their offices. 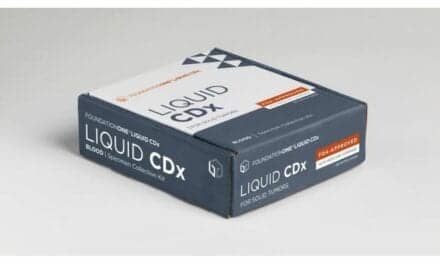 Ventana, Boehringer Ingelheim to Collaborate on Development of Companion Diagnostics for Oncology