A Systemic Approach to Quality is Needed to Reduce Medical Errors

Few will argue that patient safety and medical errors are critical concerns in the clinical lab industry. As a result, systemic approaches to error reduction and new and improved products that aim to reduce errors are being used. Efforts to address safety issues include an action by nine New York hospitals to distribute, in the coming months, 100,000 smart cards that contain patients’ health information. In addition, the Institute of Medicine recently recommended that Congress establish an independent panel within the Department of Health and Human Services to manage a national system on health care performance measurement and reporting. And discussions are under way that could lead to the establishment of a national system to track lab errors.

The Scope of the Problem
Errors happen in the clinical lab for many reasons, including a lack of trained staff. But the roots of the problem are deep, and one of the obstacles in addressing this issue is that there has not been one overall effort to look at the health care system, specifically lab quality, in a systemic way, according to Robin Stombler, president of Auburn Health Strategies and CEO of the Institute for Quality in Laboratory Medicine (IQLM).

The genesis of IQLM dates back to April 2003, when a Quality Institute Conference convened in Atlanta to discuss the role of laboratory medicine in addressing health care problems. A broad cross-section of the health care community participated in the meeting, which was hosted by the Centers for Disease Control and Prevention. Participants envisioned the creation of a new organization that could engage the health care community in improving laboratory services, and IQLM was born. At the conference, guest speaker Lucian Leape, MD, from the Harvard School of Public Health, said, “The idea that medical errors are caused by bad systems is a transforming concept.”

According to Leape, as many as 98,000 patients die annually as a result of medical errors, and 1 million or more patients are injured. Leape testified before Congress in 2000 that medical error is one of the leading causes of death, accounting for more lost lives than automobile accidents, breast cancer, or AIDS. Errors are seldom due to carelessness or lack of trying hard enough, he said. They are usually “caused by faulty systems, processes, and conditions that lead people to make mistakes. They can be prevented by designing systems that make it hard for people to do something wrong and easy to do it right.”

Aside from the enormous cost of errors in human lives, huge liability issues for labs and other medical providers also result from such errors.

The Most Dangerous Stage of Testing
Stombler points to the necessity of looking at the total lab testing process: preanalytic, testing, and postanalytic. Michael Laposata, MD, PhD, director of clinical laboratories, Massachusetts General Hospital (MGH), and professor of pathology, Harvard Medical School, says it is easy to measure errors in the clinical laboratory from the time the specimen is received until the result is reported. Within these limitations, the largest number of errors are preanalytic ones; that is, those that happen prior to the actual analysis of the specimen. Laposata says fewer errors occur in the actual testing stage. However, Jan Krouwer, PhD, president of Krouwer Consulting, questions the basis for this conventional wisdom, since analytical goals are often lacking, as are analytical error rates (other than proficiency testing). Laposata says a significant number of errors also occur in the postanalytic stage, including the misreporting of test results and the tardiness in getting the results back to the ordering clinician.

Laposata and Krouwer agree that many errors occur because of a lack of interaction between the physician and the lab. One major source of error is in the selection of which test to run. There is a huge gap in such areas as coagulation testing between what physicians need to know and what they do know. Once they have the lab results in hand, physicians do not always know how to interpret them or what to do with them. At MGH, instead of using the traditional checklists for lab work, reflex testing algorithms are used. This is in response to the rapid increase in the number of tests, which means that more clinicians need guidance on test selection and interpretation. Physicians can now request a further laboratory evaluation of an abnormal test value or a specific clinical sign or symptom, and the MGH Clinical Laboratories will perform an appropriate series of tests in a sequence based upon the results of the prior test in the algorithm. Physicians can choose to use the available reflex test algorithms or order tests separately, and the vast majority select reflex testing. “It’s not possible for physicians to know all the diagnostic tests. This minimizes their burden as well as errors,” Laposata says.

Stombler says that IQLM seeks to ensure that there is good communication among all parties to reduce errors. Is the correct test ordered in the first place? Are the results communicated so that the patient can understand them? Labs, physicians, patients, nurses, and information technology providers need to work together to achieve this, she says, and IQLM wants to ensure that educational opportunities are available to everyone. Its efforts include looking at the total testing process, such as quality-management practices; improving networking so that information about quality can be easily transmitted back and forth with evidence-based indicators; and performance measurement and scientific research to promote improvements.

Conducting FMEAs is one method to identify and counter weak points in the early phase of product and process development.

“It’s important to improve the system. It’s not an individual problem; it’s procedural as well as educational and communications- and research-related. How to make comprehensive changes to improve quality and safety is IQLM’s primary focus, and the diversity of those involved in this effort—users, payors, and providers—is also unique,” Stombler says.

Krouwer agrees that the focus should be on systems. He says that a lack of qualified lab staff is just one cause of errors. “You can’t blame everything on a lack of training. Often, the system is at fault. For example, in one case, a portable blood-pressure monitor was disconnected during an MRI and incorrectly reconnected to the IV line, allowing it to send 500 mL of air into the patient’s vein. This could be viewed as a training problem, or alternatively, a systems problem—the connector could be designed in a way that it couldn’t be connected incorrectly,” Krouwer says.

Reflex Testing Offers Hope, But Faces Obstacles
Reflex testing provides an answer from a small blood sample instead of from multiple samples collected over an extended period of time. It enhances the accuracy of diagnoses and limits the length of time testing takes, according to Laposata. However, commercial labs, once fined for doing panel testing, are concerned that reflex testing may be viewed similarly.

One barrier is that because of the preponderance of anatomic pathology training among pathologists, there may not be enough pathologists interested or expert enough to implement reflex testing in their institutions. Laposata predicts that it may take another decade for physicians and pathologists to fully embrace reflex testing, but it will enhance their value to their institutions. He says that IQLM sees it as having a big impact on errors. It is all part of a systemic approach. “The issue is in the interactive relationship, but doctors are confused by the mass of information they get and uncertain about the diagnoses they make,” Laposata says. “It’s not their fault. There has to be a major system correction. We in the labs have to accept the responsibility for doing the important work of guiding physicians toward appropriate test selection and providing patient-specific, expert-driven interpretations of complex clinical laboratory test results.”

Another approach to reducing lab errors is to conduct risk analyses such as failure mode and effects analyses (FMEAs), an engineering quality method that helps identify and counter weak points in the early phase of product and process development, Krouwer says. This enables processes to be modeled to see where they might go wrong, and to modify the process to reduce errors.

He says that this can help labs choose from the many products available to them for testing. But labs rely on manufacturers, to an extent, to include electronic safeguards in the testing equipment they produce. For example, equipment can ensure that the right amount of a sample is aspirated by the instrument. Electronic spike errors are detected by algorithms within the instrument so an incorrect result is not reported. However, even though an instrument might not produce many errors, its interaction with the user can still produce errors. In a failure review and corrective action system (FRACAS), reviews are conducted and all errors are recorded and classified in an effort to come up with procedures that ensure that the errors do not repeat, Krouwer says. Labs are routinely tested for certain error rates, and Krouwer says the rate can be high.

There are few established standards for error rates other than proficiency testing, but it is being talked about for the future, Krouwer says. “There’s resistance to it, but it needs to be done,” he says. 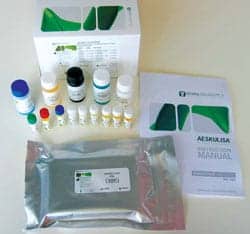