Arrayit Diagnostics Inc, a majority-owned subsidiary of Arrayit Corporation, announced that it has signed an exclusive License Agreement with Wayne State University to key intellectual property covering discoveries of biomarkers of ovarian cancer.

The agreement with Wayne State University grants Arrayit exclusive worldwide rights to develop and commercialize a novel microarray-based diagnostic test using biomarkers developed by Professors Michael Tainsky of the School of Medicine and Sorin Draghici of the College of Liberal Arts and Sciences, and Madhumita Chatterjee, research associate in the School of Medicine. The test aims to effectively screen for early stage ovarian cancer in women who are not yet symptomatic.

According to the National Cancer Institute, it is estimated that 21,550 women will be diagnosed with and 14,600 women will die of cancer of the ovary in 2009 – making it the fourth leading cause of death in women in the United States. Moreover, based on rates from 2004-2006, 1.4% of women born today will be diagnosed with ovarian cancer at some point during their lifetime. The disease presents with largely nonspecific symptoms during the initial stages of cancer progression, however there is currently no adequate screening or diagnostic test for early stage detection. As a result, most ovarian cancers are diagnosed only when later stage symptoms manifest and the disease has metastasized to other parts of the body. The five-year survival rate for late stage diagnosis is less than 20%, which compares to an approximate 90% survival rate if the disease is identified at the earliest stages.

John Howell, Chairman, President and CEO of Arrayit Diagnostics, noted, "Distinguished among ‘America’s Best Colleges’ by US News and World Report and the National Science Foundation research rankings, Wayne State University is globally recognized for its groundbreaking work in genomic and proteomic research. Arrayit Corporation will use these biomarkers to create a microarray test that will allow the identification of ovarian cancer in patients before any symptoms occur. We are very proud to be teaming with Wayne State University to bring this potentially life-saving screening tool to market."

Arrayit Diagnostics plans to file a premarket approval application for its proprietary Pre-symptomatic Ovarian Cancer Diagnostic Test with the FDA in the near future. Upon receiving marketing approval, Arrayit Diagnostics will actively market and distribute the test kit worldwide.

Based on data derived from the American Cancer Society and the current frequency of Pap smear tests—and the assumption that a test for ovarian cancer would be conducted in concert with the Pap smear—Arrayit Diagnostics estimates that the present market for an early stage ovarian cancer diagnostic test could exceed 66 million tests each year in the U.S. alone. When adding estimates for Western Europe and Japan, that number could nearly triple to 175 million tests annually. 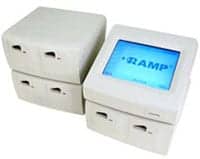 LABSCO to Distribute Response Biomedical Cardiovascular Line in the US

From the Editor: A Topic of Conversation 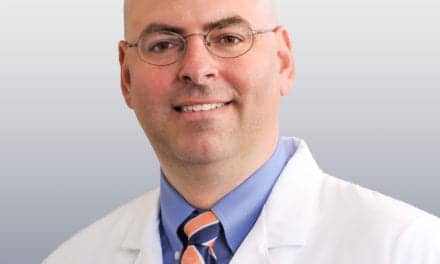