ARUP and AACC on Guidelines for qPCR

ARUP Laboratories and the American Association for Clinical Chemistry (AACC) announced that a consensus guideline for a key laboratory method called qPCR (or quantitative polymerase chain reaction) was published by a group of international scientists representing the medical and research fields.

qPCR is extensively used in diagnostic testing, from pathogen detection to cancer prognosis, and new studies using qPCR are published at an ever-increasing rate. The consensus guideline, the first of its kind for this technique, provides a minimum set of information that researchers must provide in order for their qPCR data to be considered for publication. The goal is to increase the transparency and quality of studies, so that experiments using qPCR can be accurately reproduced by others, and the scientific community can assess the quality and validity of those studies more readily.

Authors of this guideline, including Professor Stephen A. Bustin at the Institute of Cell and Molecular Science, Queen Mary, University of London, recognized that there was a widespread problem in how qPCR data were reported and interpreted.

"The majority of published qPCR studies do not provide sufficient experimental detail, and scientists reading them have a hard time deciding if the conclusions are valid. For instance, this has contributed to the erroneous reporting of the association between child MMR vaccination and autism," said Dr Bustin. When analyzed correctly, the results proved to be due to poorly implemented experimental technique. Another example is a study on plant genetics that was published in the journal Science as the "breakthrough of the year" in 2005. Two years later, this study had to be retracted because of poorly implemented qPCR.

The guideline includes a checklist of essential and desirable steps that should be followed when using qPCR. If followed appropriately, authors should be able to design and report qPCR experiments with greater inherent value, and journal reviewers, editors, and laboratory managers will be able to evaluate the technical quality of the published data against an established yardstick. Most importantly, adherence to this guideline should facilitate the publication of results that will be factually reliable.

"This guideline is important because many of these studies become the basis of new molecular diagnostic tests. They have to be reliable," commented co-author Dr Carl Wittwer, professor at the University of Utah and medical director at ARUP Laboratories.

"This guideline was created by scientists from five countries who are very knowledgeable in qPCR. The guideline should help us evaluate future qPCR studies that are submitted to our journal," remarked Dr Nader Rifai, editor of the journal Clinical Chemistry, which will publish this guideline in its April 2009 issue. Full access to the guideline is available online. 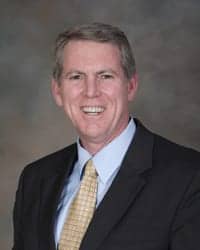