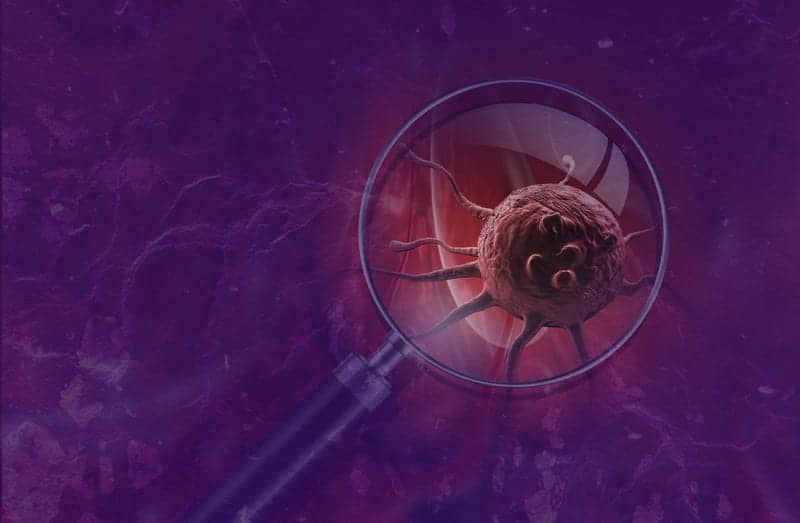 Rapid advances in molecular diagnostics have led to new treatments and greater hope for patients battling lung cancer, the most common cause of cancer death worldwide. To ensure that clinicians stay abreast of developments in this realm, medical societies have created standards for the molecular analysis of lung cancer, helping to ensure that clinicians obtain test results that can effectively guide targeted therapy and treatment.

At the end of January three leading medical societies—the Association for Molecular Pathology (AMP), the College of American Pathologists (CAP), and the International Association for the Study of Lung Cancer (IASLC)—issued an update to their 2013 evidence-based guideline on molecular diagnostic testing for lung cancer.1–3 The updated guideline strengthens or reaffirms the majority of earlier recommendations for testing of patients with lung adenocarcinoma, and also recommends testing for some new genes.

Targeted cancer therapies are drugs or other treatments that block the spread of cancer by interfering with molecules that spur that specific cancer’s growth and progression. Patients whose tumors harbor certain molecular alterations may be candidates for targeted tyrosine kinase inhibitor therapy, which can improve survival and quality of life.

“Several factors influenced this update, which builds on the guidance we set forth in 2013,” says Neal Lindeman, MD, director of molecular diagnostics at Brigham and Women’s Hospital, associate professor of pathology at Harvard Medical School, and AMP’s cochair for the project. “Clinical practice guidelines must continually assess new evidence as it accumulates and consider new testing technologies as they emerge.”

To find out more about the updated guideline, CLP recently spoke with Lindeman, who led the international, multidisciplinary panel of expert authors appointed by each of the three organizations. The panel included pathologists, oncologists, pulmonologists, a methodologist, laboratory scientists, and patient representatives, who collaborated to develop the guideline following the evidence-based process recommended by the National Academies of Sciences, Engineering, and Medicine.

CLP: What was the scope of the previous 2013 guideline on molecular testing for lung cancer?

The main recommendations were to test tissue sections or cytology cell blocks from all patients with advanced-stage lung cancer with adenocarcinoma histology, regardless of clinical factors such as tobacco exposure, ethnicity, or age. The guideline recommended testing for EGFR mutations by molecular diagnostic (ie, PCR-based) methods, and for ALK rearrangements by fluorescence in situ hybridization (FISH).

The specific molecular diagnostic technologies to be used were left to the discretion of the laboratory team, provided that the assays were properly validated to detect mutations in samples with at least 50% tumor content, and to do so within 2 weeks.

CLP: How does the current revision change the scope of the previous guideline?

Lindeman: The revised guideline expands the scope to reconsider testing for additional genes such as BRAF and ROS1; for patients with other types of lung cancers, such as squamous and small cell carcinomas; for special consideration of patients who relapse after initial response to treatment; for new sample types such as blood; and for new technologies such as next-generation sequencing.

We concluded that testing should still be reserved for lung cancer patients with adenocarcinoma histology. But the revised guideline also enables testing of patients with squamous carcinomas, when clinical characteristics suggest a high risk of a targetable mutation and the diagnosis was made on a small biopsy that could represent a partial sample of a mixed adenosquamous carcinoma.

The revised guideline recommends adding ROS1 fusion detection to ALK and EGFR for all tested patients; and including BRAF, ERBB2, KRAS, MET, and RET, for patients who are getting next-generation sequencing panels instead of single-gene assays, or who test negative for ALK/EGFR/ROS1 and are candidates for investigational therapies.

The new guideline also recommends high-sensitivity testing for the EGFR T790M mutation in patients who progress after receiving an EGFR inhibitor. And it suggests that testing for circulating cell-free DNA should be considered when tissue samples are difficult to obtain, especially in relapse.

CLP: The revised guideline makes use of recently published evidence in the field. What new types of evidence had the greatest impact on the current revisions?

Lindeman: There is now compelling published evidence of clinical response to ROS1 inhibition that has translated into real-world clinical practice (the ROS1 story was beginning to emerge even while we were finishing off the 2013 guideline); of clinical responses to ALK inhibition when immunohistochemistry is used to detect the biomarker; of the value of next-generation sequencing as an efficient way to detect multiple alterations concurrently; and of the response of EGFR-resistant lung cancers to third-generation EGFR inhibitors given the acquired T790M mutation.

CLP: How are the new guideline’s recommendations different with regard to multiplexed testing versus targeted, single-gene testing?

Lindeman: While it may seem hard to believe from today’s perspective, next-generation sequencing was still a promising but somewhat unproven technology when the 2013 edition of the guideline was being written. Times have changed, and the revised guideline embraces this technology.

However, I do want to be careful about language—we are not issuing a ‘recommendation’ not to perform multiple single-gene tests. The evidence doesn’t suggest that NGS is better analytically. We express an opinion that NGS multiplexed panels are ‘preferred,’ but single-gene assays are still an acceptable practice.

CLP: Does the guideline provide a viewpoint about using the results of whole-genome or whole-exome testing if it is performed?

Lindeman: No. We did not make specific recommendations about such large-scale genomic assessments. We recommend several specific genes to be tested due to their proven clinical utility; or their importance as targets for investigational agents that have shown promise in small series testing, which is an exciting investigational undertaking at this time. But we don’t make a recommendation about testing for the other 19,900-plus genes, as routine care for all lung cancer patients. If labs choose to perform such large-scale analyses, they need to ensure that their assays remain capable of detecting the critical targetable genes at the appropriate level of sensitivity.

The emerging role of tumor mutational burden calculations derived from larger panels, as an indicator of response to immunomodulatory therapies, may change this recommendation if it holds up over time in the published literature.

CLP: The new guideline says that testing can be performed on any cytology sample with adequate cancer content, as opposed to recommending formalin-fixed paraffin-embedded cell blocks. Is that an acknowledgment of advances in the development of liquid biopsy technologies?

Lindeman: No. Cytology samples contain malignant cells suspended in a liquid, typically obtained by inserting a needle into a tumor mass or malignant effusion and aspirating the cells. Although the tool is a needle (or a brush) rather than a scalpel, it is still a biopsy that collects cancer cells from a specified site in the body. The revision of the smear versus cell block recommendation is a specific discussion restricted to this sample type and is a reflection of the emergence of published data that showed excellent performance of smear preparations for molecular analysis.

Note that this method is quite different from the so-called ‘liquid biopsy,’ which is really just a fancy sounding way to say ‘blood test.’ The liquid biopsy sample is cell-free DNA that is released from cells throughout the body and enters the circulation, where it is collected by standard venipuncture just like any other blood test, such as a glucose or cholesterol test.

The idea here is that a single, specific site of cancer is not sampled like it would be by cytology or surgery. Instead, the DNA that is picked up in circulating blood comes from cancer cells from all tumor sites in a patient. The methods need to be very sensitive, however, because normal cells also release their DNA into the blood, and it can be challenging to find the mutations amongst all that background of normal DNA.

There are some liquid biopsy techniques that do collect circulating tumor cells, and that confounds the somewhat simplified explanation I outlined above, but we are not addressing those methods in this guideline for lung cancer.

CLP: Given the rapid advances in the field of cancer research and diagnostics, do you think future guidelines in this area will need to be revised more often than every 5 years?

Lindeman: Yes. Collectively, we look forward to the continuing evolution in diagnostics and care for lung cancer patients as technology, scientific understanding, and clinical practice evolve. Since these recommendations represent current best practice in a rapidly developing field, we anticipate an ongoing need for additional updates in the future. I think one of the big challenges is to provide these updates rapidly, as the field outpaces the ability to generate the recommendations. We are also seeing a transition in care, with lesser levels of evidence being used to determine treatment strategies.

With that, I would like to recognize all of my colleagues from AMP, CAP, and IASLC. This was a successful collaboration of international, multidisciplinary experts, who all spent countless hours working together to assess all of the available evidence and determine the best path forward to ensure that clinicians stay apace and provide optimal patient care. 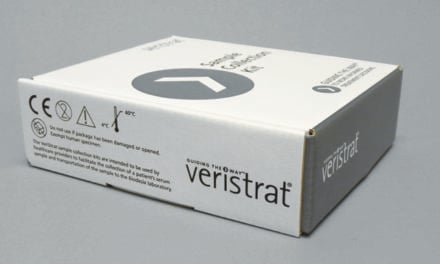 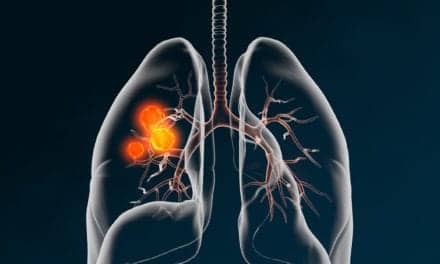 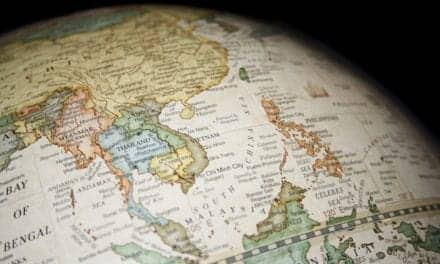