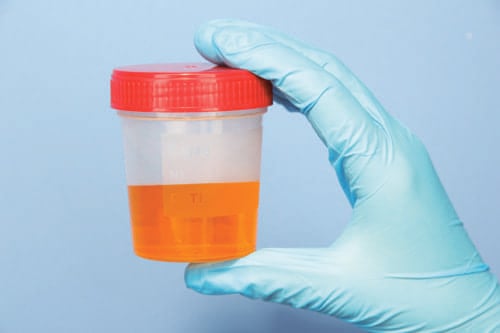 A urine test based on University of Michigan Rogel Cancer Center research could have avoided one-third of unnecessary prostate cancer biopsies while failing to detect only a small number of cancers, according to a validation study that included more than 1,500 patients. The findings appear in the March issue of the Journal of Urology.

The MyProstateScore test, which is being commercialized by LynxDX, a U-M startup company, measures levels of cancer-specific genes in a patient’s urine. It is based on U-M research that discovered that half of all prostate tumors harbor a certain genetic anomaly in which the genes TMPRSS2 and ERG relocate on a chromosome and fuse together—creating an on-switch for prostate cancer development.

Currently, one of doctors’ best methods for detecting prostate cancer is a blood test for prostate-specific antigen, commonly known as the PSA test. Elevated PSA levels may indicate cancer, but the majority of men with an elevated PSA do not actually have prostate cancer.

To determine which patients do and do not have cancer, men with an elevated PSA test undergo an invasive procedure called a transrectal biopsy. Prostate biopsies are uncomfortable for patients and carry a small risk of complications. MRI scans are also used to detect prostate cancer, but these can also miss cancerous lesions and come with much higher costs and limited availability.

“Our ultimate goal was to determine whether the MyProstateScore test could be a practical, reliable test that could rule out the need for more costly or invasive testing in men referred for a prostate biopsy,” says study lead author Jeffrey Tosoian, MD, MPH, a clinical lecturer in urology at Michigan Medicine.

Tosoian and two of his co-authors were founders of LynxDX and hold an equity stake in the company.

Not all prostate cancers are equally worrisome. Many arise later in life and are so slow growing that the best course of action is to simply monitor them. It is patients with these slow growing cancers or no cancer who, despite elevated PSA levels, could be spared from the more invasive or expensive procedures if doctors had better tests, the researchers say.

The validation study included patients seen at academic health centers and in community health settings. Among these 1,525 patients, 338—22%—had cancers detected on biopsy that were group grade 2 or higher, meaning they were serious enough to warrant immediate treatment.

If the MyProstateScore test had been available to patients in the study, 387 biopsies that found no cancer or slow-growing cancer could have been avoided, the study found. Meanwhile, the test would have missed only 10 clinically significant cancers that would have warranted immediate treatment.

“The data show that this straightforward, secondary testing approach could reduce the use of more costly and invasive procedures following a PSA test,” Tosoian says.

The diagnostic field of use has been licensed to LynxDx, which did not fund the study. 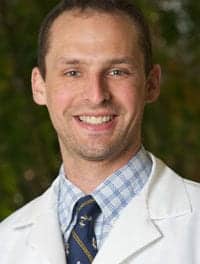 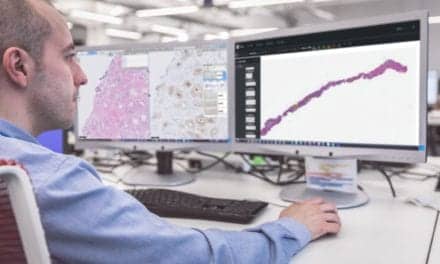 Paige and Philips to Bring AI to Clinical Pathology Diagnostics