RPC’s Onko-Sure product validation follows PLS’ completion of a phase I, 37 subject trial to provide a preliminary evaluation of the use of Radient’s Onko-Sure test as a complement to Provista’s existing BT Test breast cancer screen. The Phase I trial was run by Provista in the company’s Arizona-based CLIA laboratory.

"We are extremely pleased with the initial results," said William Gartner, President and CEO of Provista. "We are dedicated to improving women’s health and the early detection of breast cancer and RPC’s Onko-Sure IVD cancer test may help our BT Test achieve even higher levels of accuracy, particularly for women over 50 where Onko-Sure showed strong differentiation between women with breast cancer versus controls."

RPC’s Onko-Sure IVD test is a simple, non-invasive, patent-pending and regulatory-approved test for use as an aid in early detection of cancer. Onko-Sure enables physicians and their patients to effectively monitor and/or detect certain types of cancers by measuring the accumulation of specific breakdown products in the blood called Fibrin and Fibrinogen Degradation Products (FDP). FDP levels rise dramatically with the progression of cancer. Onko-Sure is approved by the US FDA for the monitoring of colorectal cancer, Health Canada as a lung cancer screen and cancer monitoring tool, and the European Union, Indian government, Korean government, and Taiwanese government as a cancer monitoring or cancer screening test.

Provista’s BT Test, or Biomarker Translation Test, measures the molecular level of specific proteins in the blood and, by using a proprietary relational software program developed by Provista, a comprehensive report is generated providing the healthcare provider with the individual concentration levels of each of these proteins markers along with a singular test score, called the BT Score, which an indicator of breast cancer presence or absence. The BT Test is greater than 95% accurate in detecting breast cancer when used on women under 50, and greater than 80% accurate in women 50 years and older.

"I am looking forward to working with Provista. Based on initial trial results, we will conduct a larger, second round study with the goal of integrating our Onko-Sure with Provista’s existing BT panel of biomarkers to further improve test accuracy and performance for cancer patients," stated Mr. Douglas MacLellan, CEO and Chairman of Radient Pharmaceuticals. "This is a ‘win-win’ initiative and we are excited to participate in this collaborative effort." 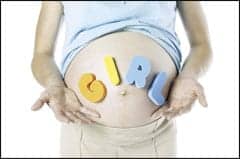 NIH Grant Positions Pathologists at the Forefront of Genomic Medicine