QIAGEN has come to agreements with two US biotech companies to acquire worldwide exclusive rights to biomarkers that are expected to play an important role in personalized treatment of various cancers.

QIAGEN has entered into a strategic co-development partnership and licensing agreement with Insight Genetics Inc, Nashville, for a genetic test covering the ALK (anaplastic lymphoma kinase) biomarker, a promising target for a novel class of lung cancer drugs.

Through a separate agreement between its 89% subsidiary Ipsogen and Personal Genome Diagnostics Inc, Baltimore, QIAGEN has also acquired worldwide exclusive rights to testing for mutations of the IDH1 and IDH2 genes, which are believed to play a role in brain cancers, acute myelogenous leukemia (AML), and certain other malignancies.

The strategic co-development partnership and licensing agreement with Insight Genetics gives QIAGEN worldwide exclusive rights to Insight Genetics’ diagnostic IP to the ALK gene. The companies will collaborate in the development of a corresponding test that can be clinically validated and marketed by QIAGEN as a companion diagnostic. Mutations of ALK are implicated in non-small cell lung cancer and other cancers, and several anticancer compounds known as ALK inhibitors, are in clinical trials. One ALK inhibitor has been approved by the FDA, but it is currently paired with a diagnostic method that can be technically challenging and costly.

Through its 89% subsidiary Ipsogen S.A., QIAGEN gained exclusive rights to diagnostics for IDH1/IDH2 mutations from Personal Genome Diagnostics Inc. In 2008, scientists reported the discovery of mutations in IDH1/IDH2 in connection with brain cancers, including early-stage and late-stage gliomas. Subsequent studies have implicated IDH1/IDH2 mutations in AML and other cancers. Assays that detect and measure the biomarker could prove valuable for research into these diseases, differential diagnosis, and development of companion diagnostics.

Patrick J. Sullivan Elected to Gen-Probe Board of Directors 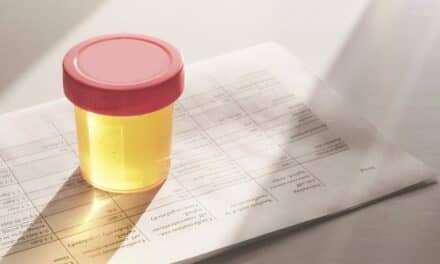 Urine Test for Bladder Cancer Could Cut Need for Cystoscopies