Should Men 75+ be Screened for Prostate Cancer?

Men age 75 and older should not be screened for prostate cancer, and younger men should discuss the benefits and harms of the prostate-specific antigen (PSA) test with their clinicians before being tested, according to a new recommendation from the US Preventive Services Task Force. The recommendation and accompanying evidence summary appear in the August 5 issue of the Annals of Internal Medicine.

For the same reasons, men younger than 75 with chronic medical problems and a life expectancy of fewer than 10 years are also unlikely to benefit from screening. There are also harms associated with prostate cancer screening, which include biopsies, unnecessary treatment and false-positive results that may lead to anxiety. Complications often result from treating prostate cancer and may include urinary incontinence and impotence. These slow-growing cancers may never have affected a patient’s health or well-being had they not been detected by screening.

“Because many prostate cancers grow slowly, early detection may not benefit a patient’s health and in some cases may even cause harm,” said Task Force Chair Ned Calonge, MD, MPH., who is also chief medical officer for the Colorado Department of Public Health and Environment. “We encourage men younger than 75 to discuss with their clinicians the potential—but uncertain—benefits and the possible harms of getting the PSA test before they decide to be screened.”

Current data show that one-third of all men in the United States over 75 are receiving PSA testing. Although most major medical organizations suggest that prostate cancer screening may be discontinued in men with a life expectancy of fewer than 10 years, the Task Force is the first group to define an explicit age cutoff above which screening is likely to be ineffective or harmful. The results of two ongoing clinical trials—the National Cancer Institute’s Prostate, Lung, Colorectal and Ovarian Cancer Screening Trial and the European Study of Screening for Prostate Cancer—should help to clarify the potential benefits of screening in men under the age of 75.

The Task Force is the leading independent panel of experts in prevention and primary care. The Task Force, which is supported by AHRQ, conducts rigorous, impartial assessments of the scientific evidence for the effectiveness of a broad range of clinical preventive services, including screening, counseling, and preventive medications. Its recommendations are considered the gold standard for clinical preventive services. 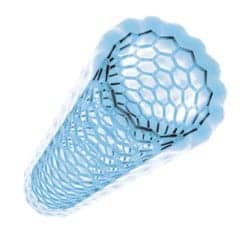 Siemens MPAT Assay Available for Use in US