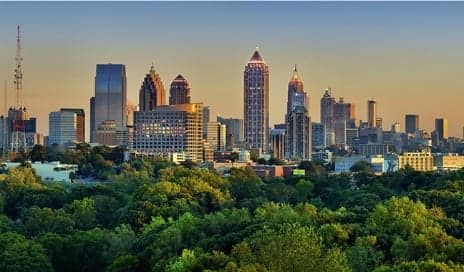 The 2015 annual meeting of the American Association for Clinical Chemistry (AACC) saw more than 400 educational sessions, more than 720 exhibitors, and attendance by more than 17,500 medical professionals and healthcare leaders.

CLP kept you in the know, with news live from the floor via Twitter and more in-depth coverage on our AACC 2015 Blog. More than 40 postings on this year’s blog covered a wide range of areas, including lab management solutions, new product launches, and presentations. A total of 38 companies were represented.

Highlights of the conference included five plenary talks presented by scientific luminaries on subjects ranging from the use of blood DNA to test fetuses for genetic disorders, to the ways in which greater transparency in healthcare can improve patient care. Y.M. Dennis Lo of the Chinese University of Hong Kong, winner of the 2015 Wallace Coulter Lectureship Award, delivered the opening keynote on his pioneering research involving blood DNA analysis for prenatal testing, and previewed the use of this emerging technology to screen for cancer.

Helen Hobbs of the University of Texas Southwestern Medical Center, Dallas, examined newly identified genes and molecules involved in cholesterol metabolism that could lead to new therapies that reduce the risk of heart disease. Marty Makary of Johns Hopkins University, Baltimore, author of the New York Times bestseller Unaccountable, discussed how transparency is shaking up the healthcare industry and making patients safer. Sharon Lewin of Monash University, Melbourne, Australia, spoke about how latent HIV infection reactivates when antiretroviral therapy stops, and previewed innovative strategies that might curb this residual viral replication. And in the closing keynote, Nobel Prize recipient Bruce Beutler of the University of Texas Southwestern Medical Center, Dallas, explored how molecular discoveries in inflammation and immune response are helping to diagnose and treat infectious diseases.

Abstracts presented at the annual meeting spotlighted research on futuristic medical technologies, such as a smartphone app that can test for chlamydia, a method that uses fingernail clippings instead of blood to diagnose and monitor diabetes, and the first lab-on-cartridge device that can perform clinical tests that labs routinely order as part of yearly physicals. Other abstracts explored breakthrough studies in the field of clinical laboratory science, including findings that a 15-minute Ebola test could help to end the current outbreak, and research showing that testing hair for cortisol levels could offer new insights into the relationship between asthma and pregnancy complications.

“The field of laboratory medicine has made impressive strides over the past few years in an ongoing effort to improve patient care,” says AACC chief executive Janet B. Kreizman. “Advancements in methods to detect DNA and other molecules in the body have given lab professionals the ability to diagnose diseases with greater precision and sensitivity.

“Breakthroughs in biotechnology have led to the creation of tests that can fit in the palm of your hand and deliver results in minutes,” Kreizman adds. “This year’s annual meeting encapsulated the progress the field has made, and I look forward to seeing what next year’s meeting will bring.”

The 2016 AACC annual meeting will be held in Philadelphia from July 31 through August 4.