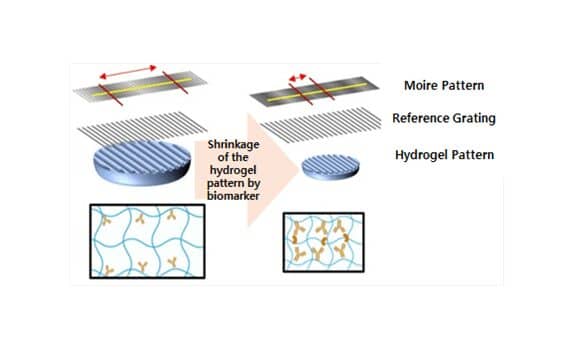 A smart intraocular lens that can be inserted into the eye to diagnose Alzheimer’s has been developed in Korea.

The Korea Institute of Machinery and Materials (President Sang-jin Park, hereinafter referred to as KIMM), an institute under the jurisdiction of the Ministry of Science and ICT, through joint research with Yonsei University, Yonsei University College of Medicine Yongin Severance Hospital, and Gangnam Severance Hospital, has succeeded in developing an intraocular implant that can diagnose Alzheimer’s disease at its early stages. The results of this research study were published in Bioactive Materials.

Through their research efforts, they developed an implantable biosensing system by mounting a bioresponsive hydrogel-based sensing module capable of detecting various biomarkers on an intraocular lens to express a signal in a moiré pattern.

Moiré patterns are characterized by regularly repeating shapes that are combined and recombined continuously, creating visual stripes according to differences in the overlapping shapes.

Furthermore, unlike traditional biosensors, the moiré signal-based biomarker detection method can directly detect biomarkers without using electrochemical or fluorescent labels. Since this method does not require external power or a light source, one of its advantages is that it can be implanted within the body.

Principal Researchers JaeJong Lee and Geehong Kim of the KIMM Department of Nano Manufacturing Technology stated that the development of this technology is significant in that it can reduce social costs by diagnosing various neurological diseases, including dementia, which is one of the most common of such diseases that lead to social issues. They added that KIMM will continue to promote further research on this technology until it can be made available for commercial use.

This research study was carried out as part of the development of free-formed surface nano-manufacturing processes and systems and applications of non-blood disease monitoring devices under the Ministry of Science and ICT’s Nano Material Technology Development Project. 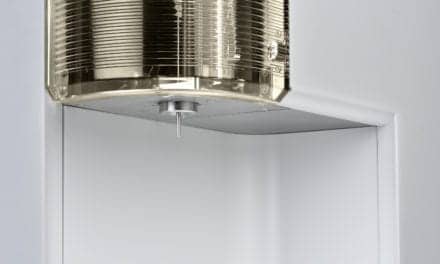 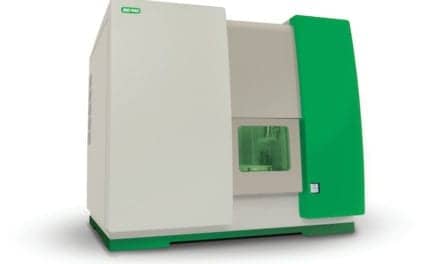