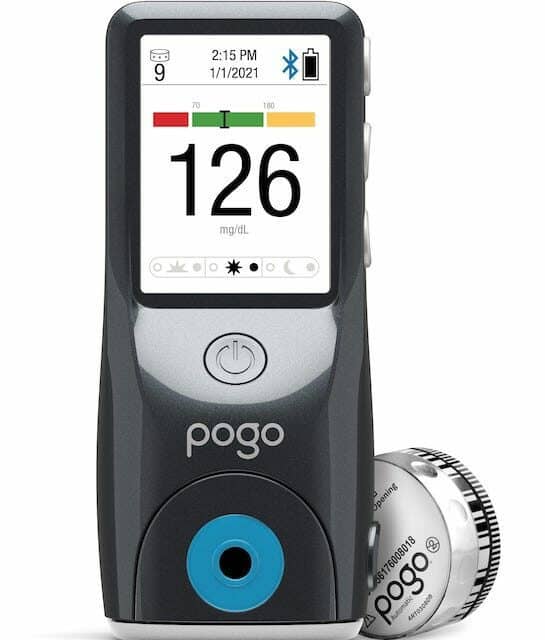 Intuity Medical Inc., a digital health company with a focus on diabetes management, has announced the availability of the POGO Automatic Blood Glucose Monitoring System in the United States. According to the company, the product is the first U.S. Food and Drug Administration (FDA)-cleared blood glucose monitor featuring 10-test cartridge technology, which makes a glucose test possible with only the press of a button and without needing to carry separate test strips and lancets.

Of the nearly 27 million U.S. adults diagnosed with diabetes, half have glucose levels that are higher than is recommended by healthcare professionals, according to the U.S. Centers for Disease Control and Prevention. While effective diabetes management depends on patients regularly testing their blood glucose levels and using the results to take action, less than half of patients test as often as they should.

“We know that people with diabetes are more effective at managing their diabetes when they regularly check their blood glucose and use the information to take action,” says Daniel Einhorn, MD, medical director of Scripps Whittier Diabetes Institute, president of Diabetes and Endocrine Associates, and chairperson of the Intuity Medical Scientific Advisory Board. “However, my patients and millions of others with diabetes have struggled for decades with the burden of checking their glucose because it’s complicated, there’s a lot to carry around, and it’s intrusive. What they’ve needed is a simple, quick, and truly discreet way to check their blood glucose, so they’ll actually do it.”

Traditional blood glucose meters present barriers that hinder people from testing, including the complexity of the testing procedure, the hassle of handling and carrying individual test strips and lancets, and the disruption that testing with traditional meters brings to everyday life.

“For people with diabetes, routine blood glucose monitoring is central to the management of their diabetes,” says Emory Anderson, president and CEO of Intuity Medical Inc. “Yet for many, the barriers that come with using traditional blood glucose meters often prevent people from testing regularly. POGO Automatic only requires the press of a button to test and no need to access separate supplies, such as test strips and lancets, so testing is less disruptive to a user’s everyday life. It can be done discreetly within seconds, virtually anywhere a user chooses, whether it’s at a table in a restaurant, while commuting to work on a train, or when exercising at the gym. We are excited to offer POGO Automatic to people with diabetes to help alleviate their frustration and free them from those barriers to testing with an easy-to-use product that provides an accurate glucose result in a matter of seconds.”

With proprietary One-Step testing, POGO Automatic is designed to deliver a simplified and discreet blood glucose testing experience that is less disruptive to the user’s everyday life. Once the 10-test cartridge is loaded and the monitor is turned on, the user only has to press a finger on a button to activate POGO Automatic, which then automatically does all the work of lancing and blood collection, followed by a four-second countdown and a result. This single-step test greatly simplifies blood glucose testing compared to using a traditional blood glucose meter, which can require as many as 15 or more steps to conduct a blood glucose test.

The device also eliminates the need to handle and carry separate testing supplies because all of the lancets and test strips needed for the 10 tests are built into a single integrated cartridge. Once POGO Automatic is loaded with a test cartridge, the person with diabetes only needs to carry the monitor itself.

POGO Automatic test results can automatically sync via Bluetooth with the free Patterns app, which is available for download on the user’s smartphone (iOS and Android). The Patterns app helps users see glucose trends so they can make better decisions between physician visits to achieve their glucose goals. The app integrates with several wellness devices and apps, and users can also set it to share glucose data with their healthcare team members, who can use the Patterns healthcare provider portal to view patient results and assist with treatment decisions.

POGO Automatic is FDA-cleared, meets the FDA’s accuracy requirements, and requires only a small blood sample. 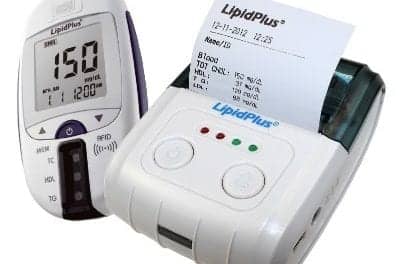