Preserving urine without corrupting its chemical integrity is an on-going challenge for public health labs that do molecular-based urine testing for STDs. The consolidation of many small labs into a few large, geographically dispersed labs hasn’t helped matters. By most estimates, 70 percent of urine specimens travel 50 miles before reaching their lab test destination. Until recently, refrigeration was the only method available for preserving urine samples.

In January Sierra Diagnostics of Sonora, Calif., launched its DNA/RNA Protect product, a urine nucleic acid protection system that completely eliminates the need for the refrigeration or freezing of urine samples, according to Tony Baker, founder and president of the company.

Sierra’s urine preservation system preserves the nucleic acid sequences in urine samples for up to seven days without refrigeration as long as the container is kept at a temperature no higher than 60 degrees Celsius.

DNA/RNA Protect developed from research that began three years ago when the company was investigating the stability of nucleic acids.

“We were looking to develop a better way of testing urine,” Baker said. “It has always been known that gonochocchal and chlamydia trachomatis bacteria deteriorate very rapidly in urine. Within eight hours, virtually all of it goes away if it’s a low-target specimen. Most screening tests are done on low-target, asymptomatic patients, so preservation is very important. We began developing strategies to improve the stability of bacterial DNA and RNA in urine.”

Sierra Diagnostics was founded five years ago to develop and commercialize novel low-cost in vitro genetic diagnostic technologies for STDs that rely on the detection of nucleic acid markers.

“The basic strategy for preserving bacteria in urine had been unchanged in 30 years,” Baker said. “The older techniques cannot be used for molecular testing. We understood that for nucleic acids to be preserved in urine, you had to inactivate enzymes and neutralize the chemistry that degrades nucleic acids.”

However, it became clear that enzyme inactivity was not the only goal. Other variables such as urine bacteria that are co-resident with STD testing had to be eliminated as well. For example, when bacteria grow and reach huge populations, they start to die off and deposit large quantities of DNA into the urine. This process can have a very negative effect on the target DNA.

“We had to come up with something to eliminate the degrading effect of enzyme activity, as well as develop a strategy to stabilize bacteria,” Baker said. “So we did.”    The challenge was to do this while not killing off too much of the sample.

“We identified a group of chemistries and a bacteria status strategy. We put bacteria in a very low- or no-growth phase. That’s important, because it’s clear in the literature that bacterial DNA and cellular enzyme debris are an issue in molecular testing. It’s the Achilles Heel of molecular testing,” he said.

“The challenge was to not kill off amplifying enzymes while stabilizing the pH, protecting the targets from destruction by urine enzyme and chemistry activity.”

With the chemistries identified, the question became one of measurement. “We found that if the concentration chemistry was too high, it kills the amplifying enzyme. If it’s too low, it doesn’t work at all,” Baker said.

Once the chemistries were synergized, Sierra scientists made them biologically compatible with the amplifying enzyme and came up with a product that was usable with all amplifications, not just PCR.

The product, now working its way through the patent system, represents the first new strategy in urine testing in decades, according to Baker. Its simplicity is the key to what he hopes will be its success. Patients are given the DNA/RNA Protect 90ml sample collection cup with preservatives already in it. The preservative works with sample volumes from 20 to 65 mL since urine sample volumes are far from precise. The contained sample is then shipped to the lab with no need for refrigeration or freezing.

The economics behind the test are promising. A single DNA/RNA Protect container costs about a dollar, but it can improve the validity of two $18 tests — one for chlamydia and one for gonorrhea. Given the Centers for Disease Control recent initiative to make inroads against the 3 to 5 million chlamydia cases in the country, the Protect container comes along at a good time.

“The Centers for Disease Control are aggressively pursuing a strategy of non-invasive testing for sexually transmitted diseases,” Baker said. “In the past, many men with sexually transmitted diseases, such as chlamydia, have been reluctant to give specimens because it involved having a swab pushed into their urethra. The huge advantage of urine testing is that it’s non-invasive.”

Given the simplicity and non-invasive nature of the Protect container, many men, who might otherwise forgo the specimen collection process, may agree to be tested and thereby help curb the spread of disease. Chlamydia can lead to urethritis, pelvic inflammation, ectopic pregnancy and infertility in women. Both men and women with chlamydia are largely asymptomatic. “This could reach tens of thousands of STD sufferers,” Baker said.

There are at least 70 amplified tests in development for urine beyond STDs, including a number of cancer markers and a whole range of viral detection,” Baker said. “Urine is going to become an extremely important specimen for molecular laboratory testing in the next five years. Our product preserves protein, so it’s broadly applicable.”

Baker, the lead scientist in developing several technologies at Sierra, worked along side two other key scientists, Audrey Brennan and Tom Krieg. Prior to forming Sierra Diagnostics, Baker earned microbiology degrees from Northern Arizona University and worked extensively in the field, including 17 years at pharmaceutical giant Merck.

Last year Baker sold Sierra to Select Therapeutics, a biotechnology company based in Boston. Since then the company has filed patents on a technology for the preservation of nucleic acids and nucleic acid sequences in blood, serum, plasma and saliva. It received FDA clearance to market its gonorrhea reagent, Gonostat.

“No one is out to win a Nobel Prize,” Baker said. “It’s just a very practical and highly effective approach. The DNA/RNA Protect system has the potential to realize the promise that molecular testing brings to the diagnosis of disease. As a microbiologist, you are trained to understand the importance of the integrity of the specimen, and that has been the driving force behind the development of this product.” 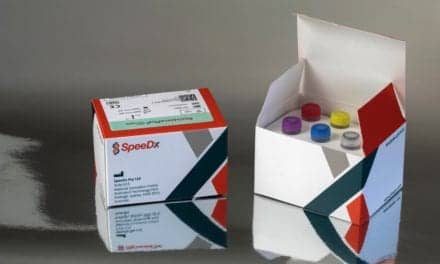 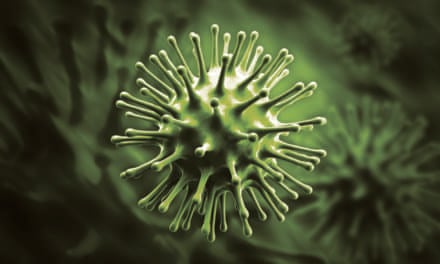 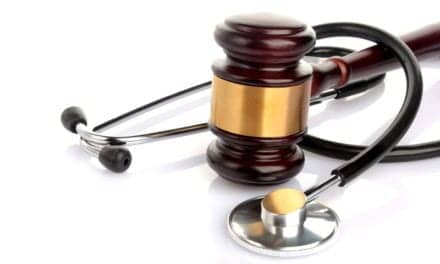 Lab Worker Who Had Long-Term COVID is Suing Hospital, Says She Was Fired for Illness