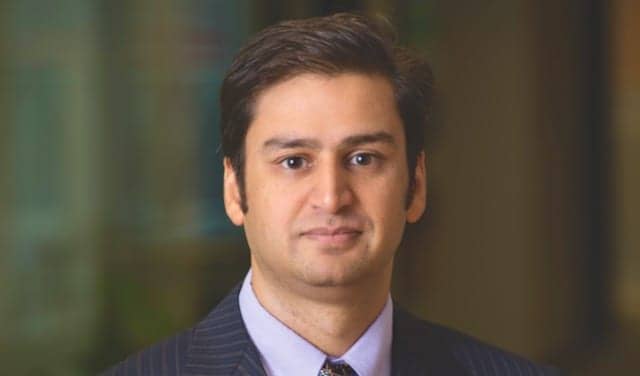 Labs gear up to do battle with a potent pathogen

At the end of last year, Chinese authorities reported that an outbreak of pneumonia of undetermined origin was underway in the provincial capital of Wuhan. Scientists quickly isolated and sequenced a novel coronavirus, dubbed 2019-nCoV, as the cause of the illness. But the toll of the outbreak has continued to climb, with more than 4,500 people ill, at least 100 dead, and a worrisome spread to many other countries.

To find out more about how the clinical laboratory community is responding to the threat of the Wuhan strain of coronavirus, CLP recently spoke to Amesh Adalja, MD, FIDSA, senior scholar in the Center for Health Security at Johns Hopkins University.

CLP: Public health authorities from around the world—including specialists from CDC and FDA—have long had their eye on China as a key source of zoonotic pathogens capable of making the jump to humans. With so much surveillance already in place, how did the Wuhan coronavirus escape attention?

Amesh Adalja, MD, FIDSA: I wouldn’t say that it escaped detection. It was detected, and I think that’s because there was an aggressive effort to understand what was causing infection in the initial cluster of 41 patients that came to light when they tested for the usual suspect pathogens and found that those tests were negative. The healthcare authorities immediately undertook viral discovery efforts to figure out what might be behind the infections, and they discovered a novel coronavirus.

Another big related question is whether this strain was circulating around before it was recognized as a novel pathogen. Did it just get mixed in with all of the other flu and other upper respiratory infections in circulation, and therefore not immediately recognized? That’s an important question to answer, but it’s hard to get to know.

CLP: So, in fact, you think the system is working?

CLP: At this time of year, much of the public health surveillance is focused on emerging influenza strains. Do authorities have the manpower needed to cover all the potential sources and types of pathogens that might arise?

Adalja: A lot of resources are devoted to influenza because it’s the highest pandemic threat. It’s been proven and shown to cause pandemics multiple times throughout history. So all over the world there is a lot of attention devoted to tracking and surveying influenza strains, including avian influenza strains.

It can be argued that there are other respiratory viruses, including coronaviruses, metapneumoviruses, and parainfluenza viruses, that also merit that kind of attention. If you had to pick one, it would be influenza. But there is evidence that taking a broader approach—looking at a broader target group of viruses that are capable of causing pandemics, maybe because they are RNA-based, or maybe because they’re spread through the respiratory route—could make a lot of sense.

CLP: In early statements about the Wuhan coronavirus, CDC has admitted that not much was known about the organism. Can you give us an idea of what is now known—and what isn’t?

Adalja: Right now, we know this novel coronavirus is somewhat related to the SARS coronavirus, at least phylogenetically. But we don’t know the animal species that has served as its host and reservoir, and is the ultimate origin of the virus. And we don’t know how it initially appeared in humans, or whether another type of animal served as an intermediary before the virus jumped to humans.

We don’t completely understand the severity of the infection. We know that the virus can cause a range of illness. Some people have mild illness, some people have severe illness, and some people have died. But we don’t know what the ratio of people in those three categories is. And that’s really important if we are to stratify the risks associated with the new virus. It’s a key question if we’re to understand whether the virus is behaving like SARS, like Middle East respiratory syndrome (MERS), or more like other coronaviruses.

We also don’t completely understand the transmissibility profile of the Wuhan virus. We have seen human-to-human transmission and clustering in families as well as healthcare-associated transmission. But we really need to understand the factors around human-to-human transmission. That question is likely what’s behind some of the uncertainty from health organizations, including the World Health Organization, about whether to declare the Wuhan outbreak a public health emergency.

CLP: WHO has seemed reticent to declare the Wuhan outbreak a public health emergency of international concern. Is the organization struggling with what the threshold should be for such a declaration?

Adalja: The media have reported that there is some division among the committee members. And I think that division likely hinges on the question of transmissibility. We’re not sure how transmissible the virus is, since we’ve not seen much transmission outside of China. So getting a handle on whether sustained human-to-human transmission is common with this virus is a key question, and the answer isn’t known yet. That factor may be playing an important role in WHO’s decisionmaking process.

CLP: In the early phases of investigating an outbreak of a newly emerged zoonotic pathogen, what types of laboratory testing are most useful? What kinds of labs perform the testing?

Adalja: Right now, what’s most important is the polymerase chain reaction testing that is being done to identify the genetic signature of this novel coronavirus. This testing is being done in a very centralized fashion. In the United States, for example, the Centers for Disease Control and Prevention (CDC) is basically the sole tester. And in other countries, there are public health authorities and laboratories that are doing the same. That may change over time, as we get more data to permit the development of simpler rapid diagnostics. For right now, in the United States, this is a molecular diagnostic test being performed exclusively by CDC, but it is being evaluated by FDA for release to state health laboratories on an emergency use basis.

Obviously, other laboratory tests are very important for ruling-out patients. There is a whole variety of respiratory viral panels that are useful for performing basic blood work on critically ill patients. Those tests enable clinicians to gauge the severity of the illness as well as any complications that might be occurring.

CLP: Are there any differences in the ways that authorities in the United States and other countries pursue their investigations into newly emerged pathogens? Is there any reason to question the facilities available for such work, or the capabilities of the laboratorians involved?

Adalja: In most developed countries, including China, there is a really strong diagnostic capacity, and an ability to assess emerging infectious diseases. There are obviously some less-developed countries where these tasks might be a challenge, and authorities in such countries rely on outside help to be able to do viral discovery. But for Western countries as well as many non-Western countries, such as China, the diagnostic capabilities are mostly equivalent.

CLP: Is that also true for Japan and South Korea, both of which have reported cases of the Wuhan coronavirus?

Adalja: Yes. Japan and South Korea both have sophisticated medical apparatuses. And South Korea dealt with an outbreak of MERS, another coronavirus, just a few years ago, so laboratories there are adept at dealing with coronaviruses.

CLP: In this instance, CDC was quick to initiate screening of passengers arriving at US airports from Wuhan. Can you describe what that screening consists of, and what kinds of follow-up testing may be performed?

Adalja: In the United States, screening of passengers from Wuhan starts with a questionnaire to assess any symptoms they may have. People who flag positive on that questionnaire are examined by a medical professional and may then be sent for follow-up testing, which would include respiratory viral panel testing to look for common infections such as influenza and respiratory syncytial virus.

If those tests results are all negative, the passenger would then proceed to definitive testing for the novel coronavirus. If they don’t screen positive, they’re just given instructions for whom to call and what precautions to take if they develop an illness after they have left. That’s important, because the incubation period could be up to 2 weeks.

CLP: Beyond CDC, at what point would we start to see other labs having appropriate diagnostics, and when would other types of labs and specialists become involved?

Adalja: That’s already happening. FDA is already evaluating diagnostic tests to be used in state health department labs under an emergency use authorization (EUA). So that is happening pretty rapidly now.

CLP: That’s very quick. In the case of the Zika virus, it took quite a while to develop a test that could be given an EUA. Were the new coronavirus tests already in existence?

Adalja: No, these tests weren’t in existence before the Wuhan outbreak. I think this speaks to the rapidity with which the Wuhan coronavirus was identified and sequenced.

CLP: Some zoonotic pathogens, such as the Zika virus, present significant difficulties when it comes to developing and implementing diagnostic testing. Does the Wuhan coronavirus present any such problems?

We know that every diagnostic has limitations, potentially including sensitivity and specificity issues. But for the tests that are currently being used, none of those issues have been raised—at least not publicly. I suspect that will happen when FDA is evaluating proposed tests in order to grant EUA status. Data about the limitations of the tests will likely come to light in that context.

CLP: So even with the quick start you’ve described, it will take a little while for an emergency use authorization to be issued, and even longer for better screening or diagnostic tests to be developed specifically for this strain of the coronavirus. How would having those advanced diagnostics or better testing strategies improve public health or patient outcomes?

Adalja: We want people to be able to be tested as quickly and easily as possible. Distributing diagnostics to as many places as possible makes that much easier to do and also offers a much more rapid turnaround. Quicker diagnostics link people to quicker treatment. And if the testing rules out the patient for one virus, it may indicate that the patient has something different for which they should be treated. For infectious diseases, rapid and distributed diagnostic testing—as close to the patient’s point of care as possible—is always the ideal.

CLP: As we speak, there has so far been just one case of the Wuhan coronavirus detected in the United States. What can lab professionals and the rest of us do to keep that number low?

Adalja: In the United States, we can mostly anticipate getting cases imported from the outbreak epicenter in China. Hospitals and laboratories should be developing protocols for identifying those patients and handling testing very rapidly. Doing so will make it much easier to absorb those cases. A lot of the legwork will be done by frontline clinicians and public health professionals, who will need to be able to identify the patients when they present in the clinic and to perform contact tracing so that further spread of the infection can be limited.

Right now, the bulk of the cases has been largely confined to China. And the US government has instituted a policy of funneling incoming passengers through just five airports where they can be screened. Hopefully, any infected persons will be rapidly identified and isolated as they enter the country, so that there won’t be any kind of secondary transmission or community spread. But it’s hard to say whether that’s going to be true.

Everybody in the healthcare field needs to be attentive so that they can identify this virus when they’re confronted with it. And that’s true not only for the Wuhan coronavirus. We still have MERS cases going on in the Arabian Peninsula, and hospitals have been screening individuals who have traveled to the Arabian Peninsula. That type of protocol will need to be in place for this outbreak for travelers coming from parts of China. 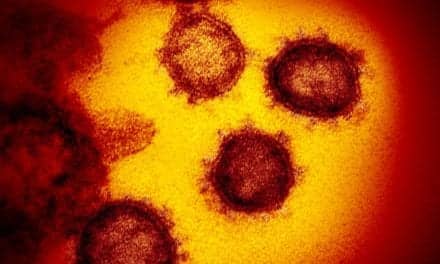 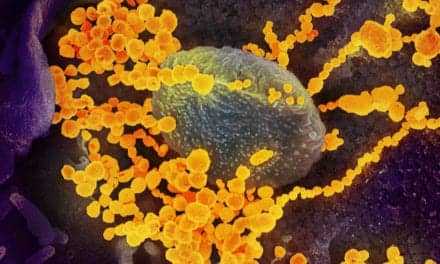