This is a companion article to the feature, “Battling the STD and HIV Epidemic.”

Despite the daunting number of people infected with the human immunodeficiency virus (HIV) worldwide, the outlook for state-of-the-science treatment, prevention, and cure continues to improve.

“New evidence from the Strategic Timing of Antiretroviral Treatment (START) study demonstrates that initiation of antiretroviral therapy early in the course of infection is beneficial to individuals infected with HIV,” observes Joe Medeiros, director of North American marketing for virology solutions at Alere Inc, Waltham, Mass.1 “In addition, individuals who are considered at high risk for HIV infection now have access to pre-exposure prophylaxis, a combination of medicines that has been shown to reduce the rate of HIV transmission to those who are not infected.”2

Meanwhile, progress toward achieving the goals of the US National HIV/AIDS Strategy has been steady, but slow and somewhat inconsistent.3 Released in 2010, the national strategy established three goals with measurable targets to be achieved in 2015, including:

Since the 2009 publication of findings from the RV 144 HIV vaccine trial conducted in Thailand, the global scientific community has significantly increased its concentration on developing a vaccine to cure HIV.5 “The findings of this study provided the first supporting evidence of any vaccine’s potential effectiveness in preventing HIV transmission,” notes Medeiros.

Speaking at a recent conference, Carl W. Dieffenbach, PhD, director of the division of AIDS at the National Institute of Allergy and Infectious Diseases, observed that more than 70 HIV vaccines are currently undergoing research and development.6 Current approaches to vaccine development include the use of broadly neutralizing antibodies that prevent the transmission of HIV. With the development of a successful HIV vaccine within our grasp, Dieffenbach asserted, the time is coming when healthcare providers will have all the tools necessary to bring the HIV pandemic under control. 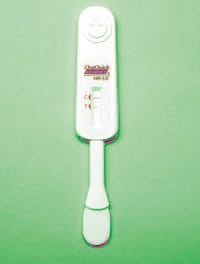 STDS and HIV: Ounce of Diagnosis, Pound of Cure