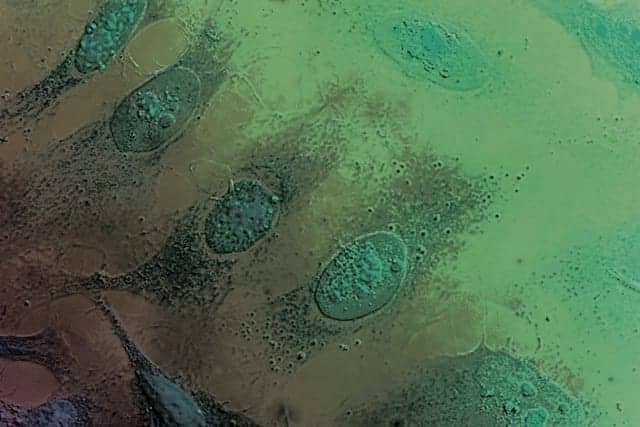 Over the past half century, widespread cervical cancer screening has played a crucial role in bringing about a dramatic decline in the prevalence of cervical cancer.1 Introduction of the Papanicolaou (Pap) cytology test 60 years ago was a breakthrough in cancer prevention that resulted in a 60% decline in cervical cancer incidence and death. FDA approval of the first assay for human papilloma virus (HPV) infection followed soon after the discovery that cervical cancer is frequently caused by HPV infection.2,3 Today, cotesting using both Pap cytology and HPV testing is the preferred standard of care.4–6

In 2014, FDA approved an HPV assay that can be used alone as a primary cervical cancer screening test.7 However, the proposal for HPV-alone screening has ignited a vigorous debate in the gynecologic medical community about the quality of evidence available to support a potential change in screening recommendations.8 The prevailing opinion among medical experts today is that large-scale studies conducted in the United States are essential for fully evaluating the performance of HPV-alone testing as a cervical cancer screening strategy, and that such studies should be completed and evaluated before guidelines are changed to adopt HPV-alone screening. As an initial response to this call for evidence, this article highlights two large, recently published studies based on real-world clinical experience comparing HPV-alone testing with cotesting.9,10

The natural history of HPV infections influences the tests that are used and the guidelines that are followed for cervical cancer screening.4–6,11 There are many strains of HPV, of which only a few high-risk (hr) strains cause cervical cancer. Worldwide, HPV type 16 (HPV16) and type 18 (HPV18) are the most prevalent high-risk strains.11

For most women hrHPV infections are transient, because their immune systems recognize and eliminate the virus. This natural process of virus elimination and lesion healing can occur even in early precancerous lesions. In fact, the immune system’s potential to clear HPV infections and heal lesions provided the rationale for the development of vaccines aimed at boosting HPV immunity as a means of preventing cervical cancer.

For a small percentage of hrHPV infections, however, the immune system fails to remove the virus and the infection persists as cells become cancerous. Within cells, the hrHPV life cycle is complex. There are some types of hrHPV-driven malignancies, such as some cervical adenocarcinomas, that test negatively for the presence of hrHPV.12,13 There is also a small percentage of cervical adenocarcinomas that can be identified by cytology, but are not attributable to hrHPV infection.

Two different types of tests are currently used for cervical cancer screening.11 The Pap cytology test involves sampling cells from a woman’s cervix and examining them under a microscope to assess whether, based on their morphology, further follow-up is needed to confirm or reject the diagnosis of an abnormal lesion or cancer. Over the years, advances in Pap technology, such as liquid-based cytology and computer-assisted imaging, have contributed to improved Pap test sensitivity.14,15 The second type of test, hrHPV testing, detects the presence of the virus.3

Cotesting is a method in which both Pap cytology and hrHPV testing are performed separately on a single sample from a woman’s cervix. A negative cotest result is one in which both tests are negative, placing the woman in the lowest risk category for developing cervical cancer or a high-grade lesion in the near future (ie, 5 years). By contrast, either a discordant result or a double-positive result is considered positive, requiring further follow-up. One of the considerations that underlie current recommendations for cotesting is the fact that Pap cytology and hrHPV testing measure different but complementary aspects of cervical cancer development.

The purpose of current US guidelines—jointly agreed upon by the American Cancer Society, the American College of Obstetricians and Gynecologists, the American Society for Clinical Pathology, and the American Society for Colposcopy and Cervical Pathology—is to optimize cervical cancer screening by maximizing cancer detection while minimizing unnecessary follow-up procedures that represent a potential harm for all women.4–6 With those goals in mind, current guidelines recommend Pap-only testing every 3 years for screening of women 21 to 30 years of age, and cotesting every 5 years with Pap and hrHPV tests for most other women, including those aged 30 to 65. Testing for low-risk HPV infection is not recommended by any clinical or medical organization.

This overall screening strategy balances the benefits of early detection of abnormal lesions against the drawbacks of unnecessary, costly, and stressful follow-up medical procedures. The advantages of the strategy are apparent in some cases, particularly those involving young women, in which HPV infections are common but abnormal lesions are likely to heal naturally.

However, experts have criticized the ATHENA study’s evaluation of precancerous lesions (CIN), because such lesions are not the crucial target for cervical cancer screening since more often than not they heal naturally.8 In addition, the performance of the Pap test for detecting high-grade lesions in the ATHENA study was low, compared with previously published reports. The ATHENA study has also been faulted for making comparisons between hrHPV-alone and Pap-alone testing rather than comparing hrHPV-alone testing with cotesting performed according to guideline recommendations. Experts argue that the ATHENA study was conducted as a tightly controlled clinical study rather than as a study of real-world clinical testing. Since publication of the ATHENA study, two large studies based on screening samples from real-world clinical practice environments have compared HPV-alone testing with cotesting.9,10

The performance of hrHPV-alone testing was evaluated in a real-world retrospective study at Houston Methodist Hospital in conjunction with Houston BioReference Laboratories.9 For this study, the overall sample population consisted of 130,648 Pap tests performed between March 1, 2013, and June 30, 2014. Among these Pap test samples, 47,499 were from women who had also undergone hrHPV cotesting, and a further subpopulation of these consisted of 1,654 cases in which sufficient and interpretable follow-up biopsy samples, performed within 1 year of cotesting, were available. The mean age of the women in this final cohort was 38 years.

In all cases in this study, cotesting was performed using the Cobas hrHPV test approved by FDA for HPV primary cervical cancer screening, which was also used in the ATHENA study. All Pap tests were performed with liquid-based methods, either SurePath by BD Diagnostics, Franklin Lakes, NJ, or ThinPrep by Hologic, Marlborough, Mass, at almost equal frequency. All were screened using their respective imagers followed by full manual review when indicated under manufacturer guidelines and conditions of FDA approval.

To compare the screening methods, the BioReference Laboratories study investigated high-grade lesions, unlikely to regress, which are the target of cervical cancer screening. The study protocol incorporated a rigorous method for confirming its diagnoses of high-grade lesions or cervical cancer. CIN2 lesions were further subjected to immunohistochemical staining for p16 and Ki-67 molecular markers. Staining positively for p16 is associated with HPV-induced cancer, and Ki-67 is an established marker for cell proliferation, a hallmark of cancer.17,18 Positive immunohistochemical staining for both markers substantiated a CIN2 diagnosis for lesions. In this study, 253 lesions were diagnosed as CIN2 or worse, adenocarcinoma in situ, or carcinoma. Non-HPV related endometrial cancers that were missed by HPV testing were excluded for purposes of this retrospective evaluation.

Importantly, the overlap among false-negative reports for the Pap and hrHPV tests was minimal. Of 20 cases of diagnosed cancer with a Pap test result negative for intraepithelial lesion or malignancy (NILM), only 3 cases also tested negative by hrHPV (see Table 1). Alternatively, of 22 cases of diagnosed cancer with a negative hrHPV test result, only 3 cases were found NILM by Pap test. These results suggest that the false-negative results from the two tests are likely to be either an intrinsic property of the lesion, or are random and cannot be attributed to how the sample was handled or to some other extrinsic factor. For example, the HPV-negative cases with biopsy-confirmed high-grade cervicovaginal lesions were observed in both SurePath and ThinPrep preparations. It is likely that at least a few of these 22 HPV-negative samples represent HPV-driven malignancies in the absence of detectable hrHPV DNA.

The study’s discordant false-negative findings between HPV-alone and Pap-alone testing also demonstrated that cotesting resulted in the lowest false-negative rate—1% for cotesting versus approximately 9% for either HPV-alone or Pap-alone testing—emphasizing the complementarity of the two tests (see Figure 1). The hrHPV prevalence and high-grade squamous intraepithelial lesion (HSIL) rates were similar to other reports of the general US population. The Pap test performance in the BioReference study aligned with the College of American Pathologists benchmarking database, demonstrating that when cytology performance is on par with US national averages, cotesting performance is optimized.

A direct comparison can be made between results from the ATHENA and BioReference Laboratories studies, as both used the Cobas hrHPV test by Roche, Basel, Switzerland. In contrast to the ATHENA study results, the BioReference Laboratories study found that hrHPV-alone testing missed as many confirmed cases of cancer as Pap-alone testing, and that cotesting gave the most reliable results.

The second real-world study, conducted by Quest Laboratories, was designed to investigate the performance of hrHPV-alone cervical cancer screening in a clinical practice setting.10 This retrospective, cross-sectional study considered cervical cancer screening records for 256,648 women, aged 30 to 65 years, who had undergone screening with cotesting during the period from January 2005 to September 2011, using the Hybrid Capture hrHPV DNA test by Qiagen, Germantown, Md, within 1 year of a cervical biopsy.

One cautionary note relating to the interpretation of these results is that the Hybrid Capture hrHPV DNA test used in this study is not the test approved by FDA for hrHPV primary screening. However, studies directly comparing the FDA-approved Cobas HPV test to the Hybrid Capture 2 test have found them to be in agreement for 93.8 % of samples.19 Findings from the Quest study are consistent with the BioReference Laboratories study showing that cotesting yields the fewest false negative test results.

In the current debate regarding the potential risks and benefits of primary hrHPV testing, the strongest, most persuasive evidence comes from real-world, clinical practice settings. The BioReference and Quest studies were both large, retrospective studies performed in real-world settings. The two studies included different, although comparable, patient populations; samples were analyzed in different laboratories; and different hrHPV assays were used—yet the conclusions were the same. Cotesting provides more reliable detection of confirmed cervical cancer than either Pap-alone or hrHPV-alone testing.

Women’s lives are at risk when cancer is missed. Together, the BioReference and Quest studies provide compelling real-world evidence that screening guidelines should continue to recommend cotesting as the standard of care for cervical cancer screening. This is especially important in the United States, which has a mobile population as well as a large, never-screened immigrant population, but does not have an organized screening program with a call and recall mechanism, and lacks a centralized database for screening results.

Dina R. Mody, MD, is director of cytology laboratories in the department of pathology and genomic medicine at Houston Methodist Hospital, and is a professor of pathology and laboratory medicine at Weill Cornell Medicine. For further information, contact CLP chief editor Steve Halasey via [email protected]. 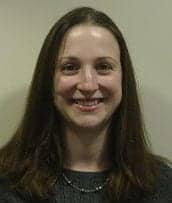 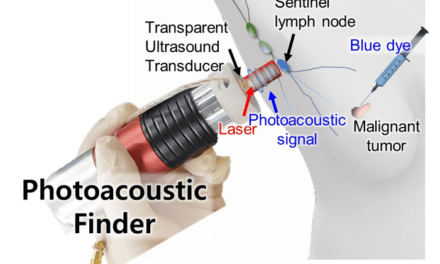 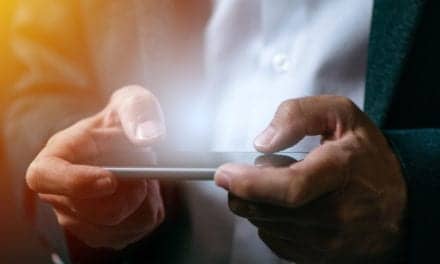