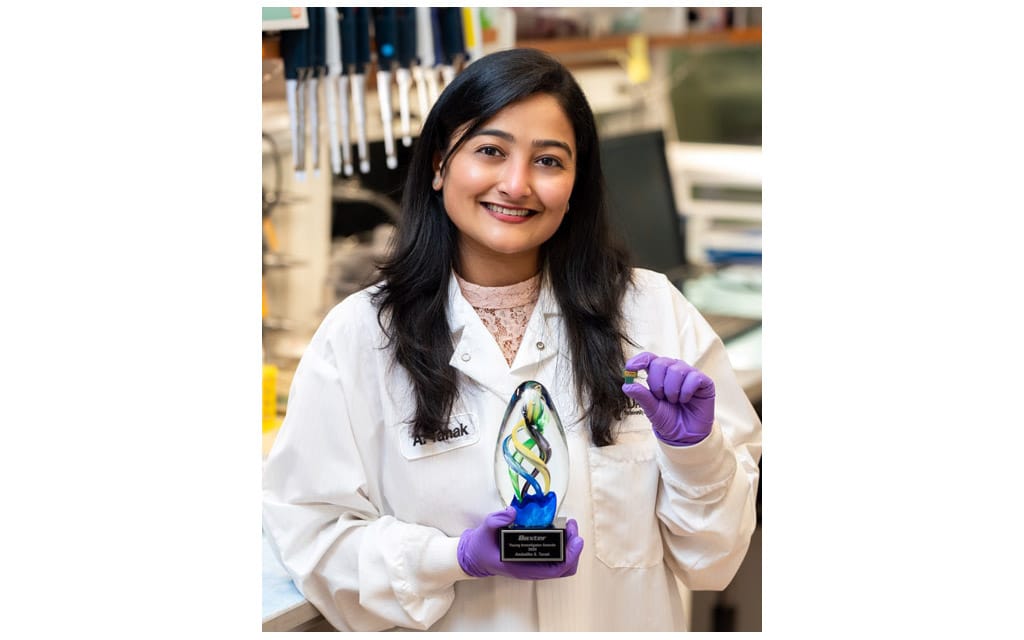 A University of Texas at Dallas graduate student is developing biosensors, including one to detect sepsis, to help physicians make faster decisions that could save patients’ lives. Her pioneering work has not only led to recent scientific publications and a pending patent, but also recognition as one of the top young medical researchers in the country.

Ambalika Tanak MS’16, a biomedical engineering doctoral candidate in the Erik Jonsson School of Engineering and Computer Science, recently published a study, which appeared online Oct. 19, 2020, and in the Jan. 1, 2021 print issue of Biosensors and Bioelectronics,1 in which she and her co-authors describe a first-of-its-kind sepsis-testing sensor—DETecT Sepsis (Direct Electrochemical Technique Targeting Sepsis).

The sensor is a portable device that monitors a panel of five immune biomarkers using only a single drop of blood plasma, making a diagnosis available within minutes.

“When a patient develops sepsis, every organ thinks it needs to shut down to protect itself. But if every organ shuts down, the person will die,” says Shalini Prasad, PhD, Tanak’s advisor and corresponding author of both studies. “It’s a train wreck happening in slow motion. If we could get a snapshot of a patient’s immune response, we can avoid irreversible organ failure or death due to a delayed response time.”

The UT Dallas researchers are studying whether the sensor platform used for the sepsis study could be customized to measure other forms of inflammation, including increase in cytokines, which are proteins released by the immune system at the early stages of viral infections such as covid-19.

Tanak’s work on the sepsis device recently garnered her a first-tier Baxter Young Investigator Award, which supports research to develop therapies and medical products that save and sustain patients’ lives. Tanak is one of six top-tier recipients of the award, along with students from Harvard University, California Institute of Technology, and the University of California, San Diego.

Tanak says she looks forward to the opportunity to collaborate with industry to advance the technology she has developed. “I hope this work translates into the field and benefits the people who need it the most,” she says.

Featured image: Ambalika Tanak holds her Baxter Young Investigator Award she won for her work on a first-of-its-kind sepsis-testing sensor. (Courtesy: University of Texas at Dallas) 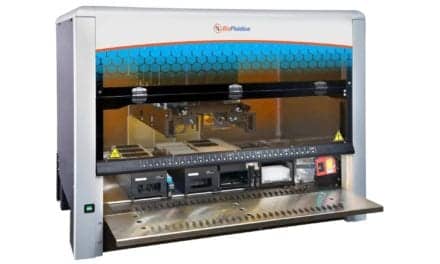