Profile-II ER is a single-step immunochromatographic test for the qualitative detection of cannabinoids (THC), cocaine, opiates, amphetamines, phencyclidine (PCP) barbiturates, benzodiazapines, tricyclic antidepressants, and methadone in human urine. It detects THC, cocaine, amphetamines and PCP based on the Substance Abuse and Mental Health Administration’s (SAMHSA) recommended cut-off levels, and it detects opiates below the SAMHSA recommendations. There are no SAMHSA-recommended cut-off concentrations for barbiturates, benzodiazapines, tricyclic antidepressants, methadone and/or their metabolites. (See table for test cut-off concentrations.) As with all on-site drugs-of-abuse tests, Profile-II ER provides only a preliminary analytical test result. A more specific method, such as gas chromatography/mass spectrometry (GC/MS) or high performance liquid chromatography (HPLC) must be used to obtain a confirmed analytical result.

Profile-II ER utilizes colloidal gold as the detection system. Gold colloids have been used in immunoassays for more than 20 years. Gold colloids are a suspension of finely divided particles of gold in a buffered solution. The small particles have optical properties that display various colors. The gold colloids in this test emit a natural red color that lends itself to single-step on-site assays. This simple-to-use technology has been used successfully in over-the-counter tests such as home pregnancy tests. Results are easy to interpret and obtained quickly. Two drops of urine are added to each sample well and results are read after seven minutes.

In addition to lines for the drugs, there is an internal control line for each of the two strips. An anti-mouse antibody is immobilized on the strip. When the monoclonal antibody-coated gold particles pass over this region, a line develops indicating sample has flowed across the strip correctly and that conditions are suitable for immunological reactions.

When the accuracy of Profile-II ER was compared to GC/MS, the results ranged from 98 to 100 percent. Again, the table lists specific results. As mentioned above, tricyclic antidepressants were analyzed with HPLC for this study.

In a separate independent study at MedTox Laboratories, the performance of Profile-II ER was compared to the current market leader. One hundred samples were tested on both devices. The overall agreement was 97 percent.

The test comes in boxes of 25 devices, each of which is individually foil wrapped with a pipette.

Profile-II ER is manufactured by MedTox Scientific, which originated from a 1996 merger between MedTox Laboratories and EDITek.

It is produced at the former Burlington, N.C. EDITek manufacturing plant, now known as MedTox Diagnostics. MedTox Diagnostics has been developing on-site drug testing products since 1987 when it became the first company to receive FDA clearance for an on-site drugs-of-abuse kit, EZ-Screen Cannabinoid. MedTox Laboratories was among the first ten laboratories to be granted federal certification by the U.S. Department of Health and Human Services for federally mandated drug testing. It is certified by the Substance Abuse and Mental Health Administration.

Susanne Meyer Parks is a Certified Quality Engineer and Manager of Quality Systems at MedTox Laboratories in Burlington, N.C. 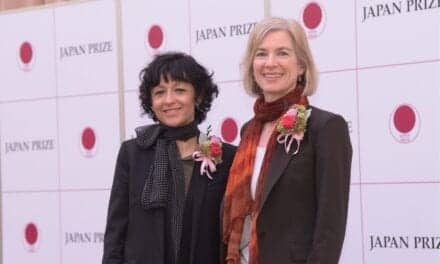 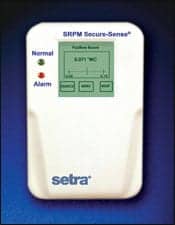