Quidel Corporation, a leading provider of rapid point-of-care (POC) diagnostic tests, announced today that the QuickVue brand Influenza A+B test is the rapid flu test selected by Roche for use in over 400 physician offices participating in the FluSTAR surveillance program during the 2008-09 season.

FluSTAR is a comprehensive influenza surveillance network sponsored since 1999 by Roche and developed by SDI to provide healthcare professionals and the public with the most up-to-date information on the spread of flu during the influenza season. Data obtained through influenza reporting is communicated to consumers and healthcare providers via FluSTAR’s Web site. Additionally, data is published yearly through abstracts and posters at meetings like ICAAC/IDSA and used by various other groups to share influenza information.

"Quidel can extend its reach to physicians who will recognize the benefits of prompt type-specific influenza diagnoses for their own practice as well as enhance information in their own communities and to one of the largest surveillance networks in the country," said Caren Mason, president and CEO of Quidel Corporation. Roche is the manufacturer of Tamiflu®, the leading antiviral medication that can shorten the duration of the flu if taken within 12 to 48 hours of the onset of symptoms.

The QuickVue brand Influenza tests, which outsell the nearest competitor 3 to 1 in the United States in the physician office lab, offer a quick, 10 minutes or less, convenient and accurate method to aid in the diagnosis of influenza infection.

The flu is a contagious respiratory illness caused by influenza viruses. It can cause mild to severe illness, and at times can lead to death. The flu virus comes around every winter, infecting people of all ages and causing lost days from school and work. In the late fall and winter, flu outbreaks can begin suddenly, and can spread quickly through local communities. In the U.S. alone, seasonal influenza accounts for approximately 200,000 hospitalizations and 36,000 deaths annually. 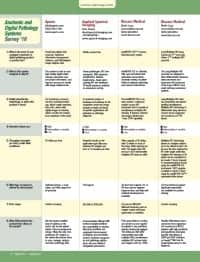