Testing for genetic mutations beyond those medically recommended is unlikely to prevent the birth of children with classic cystic fibrosis and may detect mutations causing only mild disease, according to a study published online in Genetics in Medicine, the official publication of the American College of Medical Genetics (ACMG). The findings raise the possibility that expanded panels may promote ill-informed decisions and anxiety for physicians and couples seeking testing to determine their risk of passing the disease to their children.

The study, performed by scientists at Quest Diagnostics, is believed to be the largest on an ethnically diverse American population. It involved analyses of more than three million de-identified test results performed by the company’s laboratories over an eight-year period ending in April 2010.

“This outstanding study should finally put to rest the continuing debates and misinformation that suggest more mutations are always better when it comes to cystic fibrosis carrier screening,” said Wayne W. Grody, MD, PhD, professor in the departments of pathology and laboratory medicine, pediatrics, and human genetics at the UCLA School of Medicine. Grody led one of the influential NIH-funded pilot studies on CF carrier screening and co-chaired the ACMG committee that developed the recommended core mutation screening panel. He is not affiliated with the study or with Quest Diagnostics.

In 2004, ACMG and the American College of Obstetricians and Gynecologists (ACOG) recommended physicians offer panels based on the 23 recommended mutations to couples to help identify carrier status. Despite the guidelines, expanded test panels that identify dozens up to nearly 100 non-guideline recommended mutations are widely offered by certain laboratories in the US.

While studies have shown that some non-guideline recommended mutations are prevalent in certain non-Caucasian ethnic groups, other studies suggest they only produce mild disease.

"Reporting mutations well in excess of the recommendations increases the prospect that clinicians and patients may make ill-informed decisions, such as by confusing mutations that cause mild or atypical disease with those that cause classic CF in children. Couples may experience considerable anxiety or forgo raising a family based on mutations they believe cause classic CF, but which are associated only with mild disease.”

The study is now online and expected to appear in the January 2010 print issue of Genetics in Medicine, which is published by Lippincott Williams & Wilkins, a part of Wolters Kluwer Health. 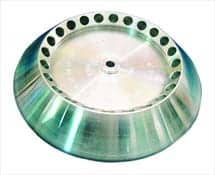