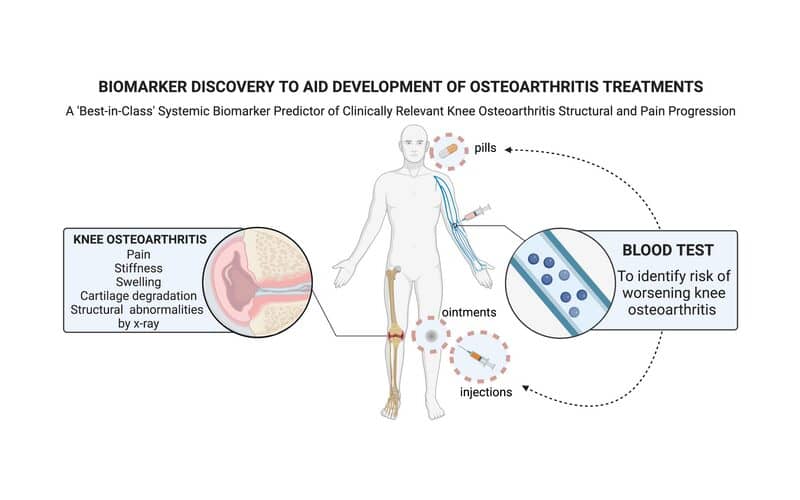 A new blood test that can identify progression of osteoarthritis in the knee is more accurate than current methods, providing an important tool to advance research and speed discovery of new therapies.

The test relies on a biomarker and fills a void in medical research for a common disease that lacks effective treatments, Duke University Medical Center says. Without a good way to identify and accurately predict the risk of osteoarthritis progression, researchers have been largely unable to include the right patients into clinical trials to test whether a therapy is beneficial.

“Therapies are lacking, but it’s difficult to develop and test new therapies because we don’t have a good way to determine the right patients for the therapy,” says Virginia Byers Kraus, MD, PhD, a professor in the departments of Medicine, Pathology and Orthopedic Surgery at Duke University School of Medicine and senior author of a study appearing in the journal Science Advances.

Kraus and colleagues isolated more than a dozen molecules in blood associated with progression of osteoarthritis, which is the most common joint disorder in the United States. It afflicts 10% of men and 13% of women over the age of 60 and is a major cause of disability.

“It’s a chicken-and-the-egg predicament,” Kraus says. “In the immediate future, this new test will help identify people with high risk of progressive disease—those likely to have both pain and worsening damage identified on X-rays—who should be enrolled in clinical trials. Then we can learn if a therapy is beneficial.”

With further honing, the researchers narrowed the blood test to a set of 15 markers that correspond to 13 total proteins. These markers accurately predicted 73% of progressors from non-progressors among 596 people with knee osteoarthritis.

That prediction rate for the new blood biomarker was far better than current approaches, the study found. Assessing baseline structural osteoarthritis and pain severity is 59% accurate, while the current biomarker testing molecules from urine is 58% accurate.

The new, blood-based marker set was also successful identifying the group of patients whose joints show progression in X-ray scans, regardless of pain symptoms.

“In addition to being more accurate, this new biomarker has an additional advantage of being a blood-based test,” Kraus says. “Blood is a readily accessible biospecimen, making it an important way to identify people for clinical trial enrollment and those most in need of treatment.”

The study received funding support from the National Institutes of Health. 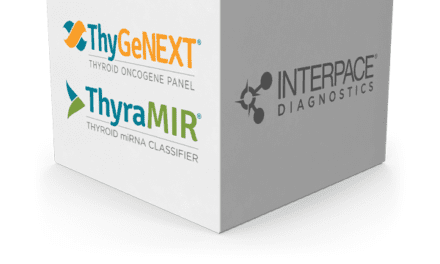 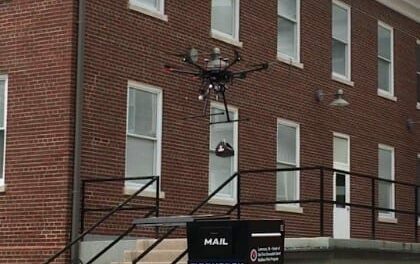 Drones May Be the Future of Transporting Lab Samples