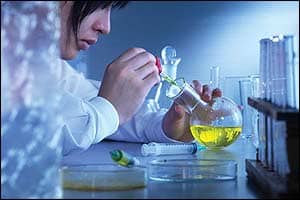 In 1959, Solomon Berson and Rosalyn Yalow developed the first immunoassay to aid in their study of diabetes and insulin. “The creation of the RIA [radioimmunoassay] and the use of radioisotopic methods for the detection of soluble antigen-antibody complexes for small molecules introduced a revolution in biomedical research” and earned the pair a Nobel Prize in 1977.1 Eventually, the technology made its way into the clinical lab, where it was performed in specialty sections by high-level technicians.

The development of the Enzyme Multiplied Immunoassay Technique enabled the automation of immunoassay testing and its move into the general lab in the late 1980s. Today, the dominant immunoassay analyzer technology is chemiluminescence, which offers greater sensitivity than previous methodologies. Electrochemiluminescence and Luminescent Oxygen Channeling immunoassay are newer alternatives, with the latter used primarily in research. And still, “revolution” occurs.

The integration of chemistry and immunoassay onto one system has captured the attention of laboratories everywhere, with Neal Nash, marketing manager of Abbott Diagnostics, Abbott Park, Ill, reporting 70% of customers showing interest in these hybrid analyzers. Yet integration isn’t for every lab.

But menu isn’t the only discussion. Today’s laboratories are under pressure—pressure to improve quality, to reduce costs, to increase revenues, to grow capacity, to deliver results faster—making features such as quality, turnaround time, and maintenance also development drivers.

“Laboratory testing supports many of the new standards-of-care models, and laboratories absolutely have to provide the right answer. They need to do that the first time. They need to do that on time. And that needs to happen every time,” says Jay Snyder, vice president of global marketing for Siemens Healthcare Diagnostics, Deerfield, Ill. Its instrumentation needs to support this effort and do so efficiently and effectively.

What’s on the Menu?

“Clinical chemistry systems have been the workhorse in the lab for a while, but the trend is increasing utilization on the immunoassay side. A broader testing menu is probably the predominant future for immunoassay analyzers,” says Alan Garrett, group marketing manager of cardiac, infectious disease, and tumor marker reagents at Roche Diagnostics Corp, Indianapolis.

Test menus with more depth can help a laboratory reduce costs through consolidation and increase revenue through expanded in-house testing. “What was once considered specialty testing that was performed in a separate part of the laboratory may today be considered routine testing that’s performed along with other clinical chemistry and immunoassay tests,” Snyder says, citing hepatitis and HIV as examples.

Analyzers with expanded capacities and menus can reduce the number of tests that are sent out and enable laboratories to develop profit centers through outreach. “Laboratories are increasingly interested in minimizing send-outs and being able to do more and more of the testing in their own laboratories, particularly as testing that was once considered esoteric starts to become more accepted and more widely ordered,” says Tom Verghese, director of immunoassay platforms and marketing operations for Beckman Coulter Inc, Brea, Calif.

“It’s not just about bringing about new markers to our platforms, but also making sure that the biomarkers we offer today continue to meet customers’ needs. Laboratories big and small want to know the investment they make in a new system will pay off in long-term dividends of workflow and efficiency,” Snyder says. They will seek manufacturers who continue to invest in research and development and are able to add new tests to current analyzers.

One System, Many Tests

Consolidating instruments not only reduces the hardware footprint in the laboratory but also offers operational benefits. “Consolidation can help with the reduction in daily, weekly, monthly maintenance that customers have to do on systems, as well as reduce the amount of items [to manage], such as reagents and other consumables,” Nash says. Training is easier too as laboratorians are required to learn fewer systems.

Many of today’s integrated systems support single-piece flow, enabling laboratories to run more tests in a shorter time on one sample. Integration with preanalytical and postanalytical systems can further improve time as well as quality. Less manual involvement reduces the opportunity for error and improves safety for both patients and laboratorians.

Hybrid systems that combine chemistry and immunoassay tests onto one analyzer offer these same benefits, particularly since physicians continue to order both types of tests together. “You can put a single sample on a stat line for one instrument and get the full patient results,” Hanna says. One tube, rather than two, also means fewer samples to track and store.

Another important issue, specifically in a clinical setting, is the sample volume itself. “Performing several tests simultaneously reduces the sample volume needed, which is particularly important for samples that are hard to obtain and/or not very abundant,” says a spokesperson from Sensovision in Stockach, Germany. Pediatric, geriatric, and oncology patients often fall into these categories.

These benefits have attracted many laboratories as they upgrade their instrumentation, but Hanna cautions them to first consider their testing mix. “When you start to get very high volumes of single tests or an unbalanced mix, meaning you’ve got a significant immunoassay burden with a low chemistry or vice versa, you really start to get away from the inherent benefits of these hybrid instruments, and you’re much better off to go to other systems,” Hanna says.

Have Analyzer, Will Grow

More typically, the difficulty with integrated instrumentation is finding a system that is scalable across the different laboratories of a health system. “Customers want to have companies that have the ability to deliver solutions to them as they grow their business, and in the case of laboratories that have multiple operations—for example, across sites—they want solutions that can be tailored to meet those needs,” Verghese says.

Many facilities today are not necessarily served by one single laboratory, but may have different configurations that support different volumes, from large central or reference-type labs to small satellites. “To be able to have instrumentation that’s integrated that can fit all those different types of facilities is probably where the biggest challenge comes in,” Nash says.

Laboratories have already shown a tendency to take a systems approach to their chemistry analyzers, and manufacturers are finding they are now beginning to view immunoassays in the same way. Purchasing from a single IVD company can make negotiations, implementation, and management easier.

In response, a few manufacturers are now offering commonality in reagents, ordering methods, reporting ranges, and software throughout instrument lines. Laboratorians using these systems can move from site to site without the need for extensive training. This permits greater efficiency and consistency in results locally and globally.

“There are now several laboratory groups—Sonic, for example—which operate on a global basis. They expect consistent results, not only in the United States but in Australia, China, India, and countries in Europe as well,” Verghese says.

Consistency also applies to performance and reliability. The broadest menu in the world doesn’t ensure the best results. The technology itself must perform and perform well. This means quick turnaround times, high load-up capacity, significant walkaway capability, and useful quality control. Naturally, laboratories are always looking for improvements in all areas.

“Certainly with everything going on around the emergency room, the focus on turnaround time has gone from 90 minutes to 60 minutes to 45 minutes, and in some cases 30 minutes,” Gilligan says. Even still, laboratories would like to see immunoassay tests require even less time.

Immunoassay testing typically takes longer than chemistry testing. “There’s incubation, sample reaction times, and time to read and deliver results. So there is a lot of talk in the market, both from the customer request side and suppliers, about technologies that would significantly shorten the incubation time and essentially the time to patient results,” Hanna says. Laboratories are not willing to sacrifice sensitivity or specificity, however, and to date nothing has proven to deliver the same quality in a shorter time frame.

“There’s a constant drive to improve quality and patient outcomes, and the message we are hearing from laboratory managers is that quality is top priority,” Snyder says. Subsequently, manufacturers not only work to develop highly sensitive and specific assays, but they also include onboard technologies designed to assist with this objective. Systems may provide wide measuring ranges, sample integrity checks (completed before the test is run), technology to minimize carryover, and remote diagnostics.

Nash suggests that laboratories should ask questions such as: How many samples and how much reagent can be loaded? What is the walkaway capability? How does the system handle stat testing? Multiple stats? Does it interrupt sample processing? What maintenance is required?

Proper care maximizes uptime, but it should not monopolize laboratorian time. “We know there are fewer medical technologists in the field today, and any amount of time they spend on maintenance means that’s not time they can spend doing something else in the laboratory,” Nash says.

The automation of immunoassay testing in general has helped to free laboratorian time, and the current trends involving menu expansion, instrument consolidation, scalability, and improved performance are helping to free additional resources. “Quite frankly, you’ve got to have the ability to enable the technology and get that to work in the environment in which the customer is operating,” Verghese says—not a revolutionary concept, but enough cause for a revolution. 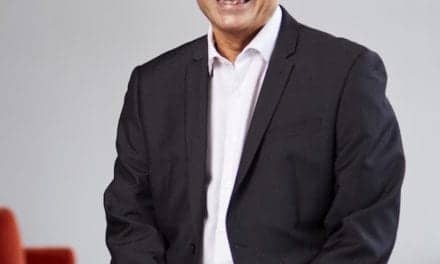 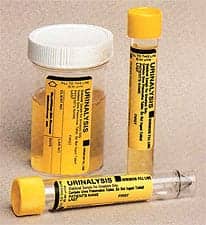