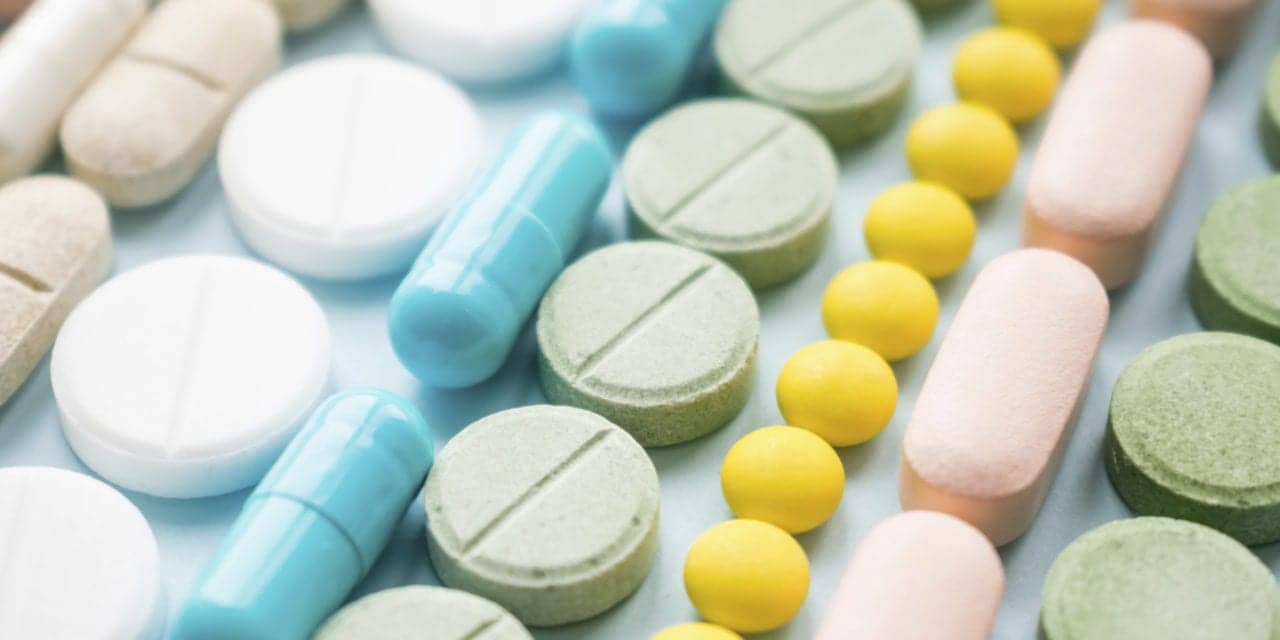 Worldwide opioid addiction has increased dramatically in the past decade, with the greatest rise documented in the United States.1–3 A primary factor driving this growth was the increasing use of prescription opioids (eg, hydrocodone, morphine, and oxycodone) for chronic pain in response to the American Pain Society’s recommendation that pain should be assessed as the ‘fifth vital sign’ in outpatient care.4,5 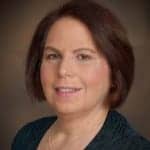 Recreational use of heroin also continues to contribute to opioid addiction. In the United States alone, heroin use among people aged 12 years or older almost doubled between 2002 and 2014, rising from 1.6 per 1000 persons to 2.6 per 1000 persons. Illegally obtained prescription opioids serving as gateway drugs account for approximately 80% of this population.2 Conversely, previous heroin use underlies only 20% of prescription opioid abuse.2

Opioid drugs are derived from the opium poppy, Papaver somniferum. First cultivated by the Sumerians and named ‘hul gil’ (the joy plant), opium and derivative drugs have been used for over five millennia, both medically (analgesia, sedation) and recreationally (euphoria).6 Naturally derived and semisynthetic opioids share a similar structure, while synthetic opioids do not (Figure 1).7 Their primary agonist targets are µ (mu) receptors. These drugs can also cause depressed respiration, slowed or rapid heart rate, and reduced gastric motility.7 Due to cardiopulmonary effects, overdose can be fatal.

Figure 1. Structural similarity between ß-endorphin and natural and synthetic opioids. Red indicates how each natural or semisynthetic molecule differs from morphine.

All opioid effects are in response to drug stimulation of µ receptors, which are found in the brain, spinal cord, and gastrointestinal tract. The natural µ receptor agonist is ß-endorphin (‘endogenous morphine’), a 31-amino acid neuropeptide/neurohormone.8 When released in the central nervous system, ß-endorphin interacts with the mesolimbic reward system. This system uses positive reward to reinforce learning and behavior necessary for survival.

When ß-endorphin activates µ receptors in response to enjoyable input, dopamine is released and stimulates specific brain loci. Some of these loci trigger sensations of pleasure and desire, while others evaluate the benefit of repeating the behavior. When it interacts with synapses in the peripheral nervous system, ß-endorphin acts as a natural pain killer. Feeling ‘normal’ depends on regular low-level stimulation of peripheral nervous system µ receptors by ß-endorphin; without such stimulation, even a minor injury such as a stubbed toe would register as incapacitating pain.8–10

Because most opioid drugs are short-acting, with effects lasting from only a few hours to 8 hours, addicted users cycle repeatedly through peaks of physical well-being and valleys of minor to severe withdrawal symptoms.7,11 Continued use of opioids—especially pharmaceutical-grade opioids—can result in changes to brain chemistry and morphology, resulting in down-regulation of ß-endorphin synthesis and increasing or total dependence on exogenous drugs.9,12

Because of the damage it causes to normal endorphin-producing cells, opioid addiction is considered a chronic brain disease that may require lifelong drug treatment and management.13 Medically assisted therapy uses drugs such as buprenorphine (BUP) to prevent the negative symptoms of withdrawal, and to ease dependency and cravings until normal brain chemistry is restored, if possible.13–15 Medically assisted therapy is a more effective option for treating addiction than methods that do not employ medication.11,16 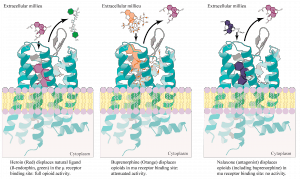 Figure 2. Agonist and antagonist binding of heroin, buprenorphine, and naloxone at the µ receptor.46

BUP is derived from the natural opium alkaloid thebaine (Figure 2). As a partial µ agonist, BUP has high affinity for the µ receptor, preferentially binding to it over other opioids.11,17 It both displaces other opioids bound by receptors and prevents new molecules from binding (Figure 2). Because it has low physiological activity, euphoric effects are minimized when taken as intended (Table 1).7,15,18,19 The ‘high’ associated with other opioids diminishes rapidly with repeated administration of sublingual or transdermal BUP and cannot be induced by taking increasing doses when administered correctly (ceiling effect).18 This ceiling effect also reduces the risk of respiratory depression, bradycardia, and overdose.15

Table 1. Activity of the µ receptor depending on ligand and concentration.17

Despite such benefits, BUP itself is subject to abuse through diversion (circumvention) of the drug’s appropriate use. Diversion includes inappropriate drug administration (inhaling, smoking, or injection), selling prescribed pills to purchase other opioids (potentially because the treatment dose is insufficient, especially in early treatment), and skipping doses to take other opioids.1,5,20,21 Other predominant reasons include sharing prescriptions with others who don’t have access to care and are trying to self-treat, hoarding pills to use at a higher dosage, and selling a portion of the prescription to finance addiction treatment costs.5,21–24 BUP combined with naloxone (trade name Suboxone) reduces—but does not eliminate—diversion risk by inhalation or injection because administration of naloxone by these methods causes immediate and severe withdrawal symptoms.22,23

Buprenorphine urine testing is valuable both clinically and in the emergency department when screening for abused substances. The American Society of Addiction Medicine recommends urine drug testing throughout medically assisted therapy to assess compliance and promote long-term recovery; more frequent testing is suggested during early treatment and if the patient relapses.11,14,25,26 Patients treated in opioid treatment programs must be administered at least eight drug tests annually according to US federal law, but no recommendations exist for treatment through a private physician’s office. Oral BUP is prescribed both on- and off-label for chronic pain control in many countries, and periodic random monitoring is also suggested.26–28

Figure 3. Buprenorphine and its major metabolites.32,33

Because of their low cost, easy accessibility, and high throughput, immunoassays are useful for primary screening. Urine concentration of BUP may be below the detection limit of most assays, therefore assays are designed to detect BUP and at least one of its three major metabolites: buprenorphine glucuronide (BUP-G), norbuprenorphine (norBUP), and norbuprenorphine glucuronide (norBUP-G). These metabolites are typically excreted in urine at concentrations many times greater than the parent drug (Figure 3; Table 2).25,29–34 Furthermore, urinary levels of the parent drug can decline appreciably in a matter of hours, which can make identification difficult in an emergent situation. 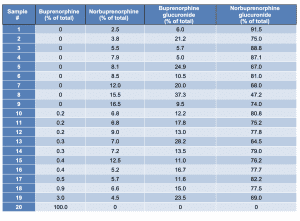 However, all three BUP metabolites can be detected in the absence of BUP, and they remain detectable for at least 4 days after sublingual administration (Figure 4).30,32–35 Gas chromatography or liquid chromatography followed by tandem mass spectrometry (MS/MS) is used to confirm immunoassay results and to determine the ratio of NorBUP:BUP as an indicator of sample adulteration (addition of crushed BUP).25,36

Assays on the Market

The Siemens Healthineers Syva Emit II Plus buprenorphine assay for Viva drug testing systems detects both BUP and norBUP. Results can be reported both qualitatively and semiquantitatively based on a 5 ng/mL cut-off.37 For both usages, positive agreement between the assay and liquid chromatography–MS/MS is 90%, and negative agreement is 98%. 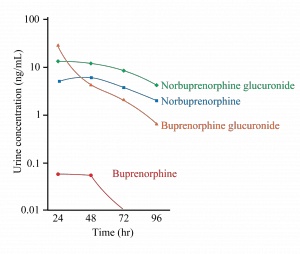 Four other commercial BUP immunoassays are currently available. All four can be used either qualitatively or semiquantitatively, and all show good positive and negative agreement with tandem mass spectrometry, according to their package inserts (Table 3).38–41 The Siemens Healthineers assay performs at least comparably to all of these assays with respect to positive and negative agreement with tandem mass spectrometry, and its detection cutoff is lower than either the Lin-Zhi enzyme immunoassay or Thermo Fisher’s cloned enzyme donor immunoassay, CEDIA Buprenorphine II. Although positive agreement with liquid chromatography–MS/MS is lower for the Siemens Healthineers assay than reported by other manufacturers, this is because Siemens chose to challenge the assay by testing many samples in which the BUP concentration was very close to the 5 ng/mL cutoff.

Table 3. Commercially available buprenorphine immunoassays. Unless specifically noted, all information was obtained from each manufacturer’s package insert or data sheet.

Because of the structural similarity between BUP and other opioids, high antibody specificity for BUP and its metabolites is necessary to reduce the likelihood of false-positive results. In testing, 22 common opioids and metabolites demonstrated less than 0.01% crossreactivity with the Siemens Healthineers Emit assay at a concentration of 100,000 ng/mL. In addition, a wide range of structurally unrelated compounds and over-the-counter medications did not interfere with assay results above the 5 ng/mL cutoff.

By contrast, several independent evaluations of the original CEDIA assay conducted between 2005 and 2014, including information reported by the manufacturer, indicated up to 40% crossreactivity with other opioids and structurally dissimilar and unrelated drugs at therapeutic levels (eg, the antimalarial/immune modulators chloroquine and hydroxychloroquine, and the antipsychotics sulpride and amisulpride).31,33,42–45 Detection of these compounds generated false-positive results above the 5 ng/mL cutoff. While specificity of the CEDIA Buprenorphine II assay has improved, it has come at the expense of sensitivity. The cutoff for the updated assay has been increased to 10 ng/mL.41

Immunoassays should be able to detect buprenorphine and some combination of its metabolites at a sensitivity that shows good positive agreement with mass spectrometry. Immunoassays should be highly specific to reduce false positives resulting from crossreactivity with other structurally similar opioids and structurally dissimilar non-opioid drugs that might be taken during therapy.

The Siemens Healthineers Emit II Plus buprenorphine assay is both sensitive and specific, and demonstrates good positive and negative agreement with liquid chromatography–MS/MS and the Immunalysis homogeneous enzyme immunoassay. 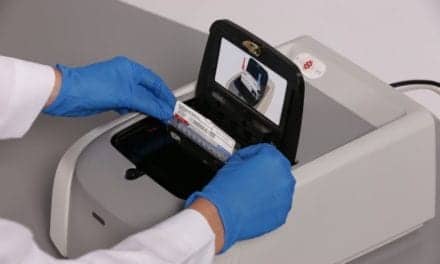 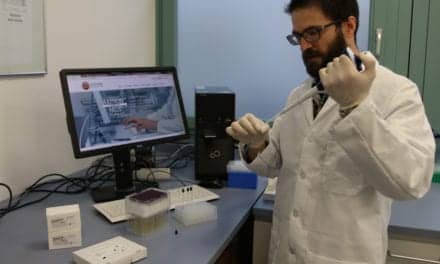 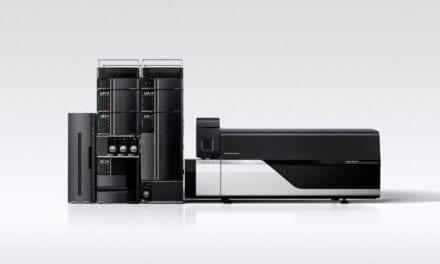 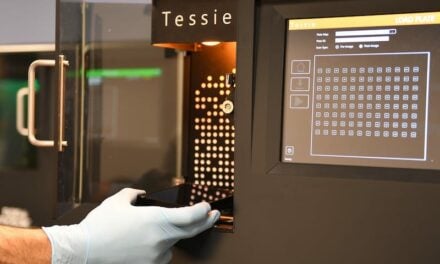