Long-Awaited Alzheimer’s Disease Diagnostic May Be a Reality 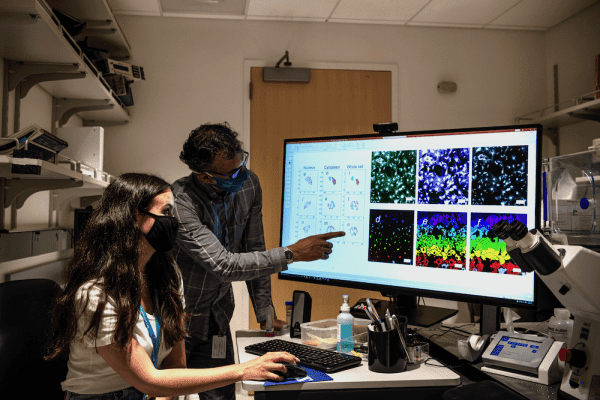 A technology developed by scientists at Lawrence Berkeley National Laboratory shows promise as an Alzheimer’s disease diagnostic that could be used before symptoms arise, potentially changing the course of research and treatment for this condition, which affects millions of people worldwide and is estimated to be the sixth leading cause of death in the United States.

“This is a big deal,” says project leader Cynthia McMurray, following the publication of the team’s successful proof-of-principle study in the journal Scientific Reports. “Diagnosing Alzheimer’s disease at early stages is difficult and there is no way to predict who will get the disease, which means there is no successful pathway to develop therapeutics. However, this new technology uses accessible skin cells as surrogates to predict the disease status in the brain. We’re very excited for the possibilities of early prediction, before signs of disease have manifested.”

Alzheimer’s disease is the most common cause of dementia, yet despite decades of intensive research, the condition remains poorly understood. It can be definitively diagnosed only after death, with a brain tissue biopsy, and no existing medications can stop its progression.

The first step toward better research, new treatments, and improved quality of life for patients is a reliable diagnostic test. But how can we detect a disease when we don’t know what causes it in the first place?

The new application of this technique developed by McMurray’s team analyzes cells for signs of disease by measuring how the molecules in cells vibrate upon exposure to infrared light. The vibrational profile of each sample is so distinct and the difference between diseased and healthy cell samples is so visible that McMurray likens the process to “cellular fingerprinting.”

“The actual physical phenomenon that we’re measuring with infrared light is the vibrational states of molecules in the cell,” says McMurray, who is a senior scientist in Berkeley Lab’s Biosciences Area.

All cells contain the same types of molecules, she explained, but infrared (IR) spectroscopy—a low-cost chemical analysis approach that has been around since the 1940—can pick up extremely subtle differences in bonding and abundance of each molecule in a cell sample, including any abnormal changes that have occurred due to disease.

“Even among cell types that look identical by other measures,” says McMurray.

The subtle changes captured by the IR analysis, which produces datasets called spectra, are then detected by machine learning algorithms (a type of artificial intelligence known to excel at pattern recognition) that have been trained to differentiate between spectra of cells from individuals with disease and those without. This two-part testing platform allows the team to identify when something has gone wrong inside cells without needing to know what went wrong.

The current paradigm in medical science, says co-author Ben Brown, also of Berkeley Lab’s Biosciences Area, is to diagnose diseases based on the presence or absence of a biomarker—a specific molecule or gene known to be associated with the condition. For example, in Huntington’s disease, a neurodegenerative condition caused by a single-gene mutation, the presence of a mutant copy of the “huntingtin” gene serves as a foolproof biomarker.

A biomarker-centric approach makes sense for studying diseases with concrete causes and well-defined impacts on the body, like Huntington’s. Alzheimer’s doesn’t fit in that box. Its symptoms overlap with numerous other neurological diseases, the genetic component is complex and likely involves many genes, and it’s impossible to directly examine or run tests on the affected tissue without harming the patient. Many other diseases with unknown origins and complex symptoms, such as autoimmune conditions, also lack known biomarkers.

“We are in a golden age of molecular biology where everything that we measure has these very beautiful semantic meanings,” says Brown, a computational biologist who developed the machine-learning algorithms for the project. “You know, these are transcripts from this gene. This gene is associated with this process. This metabolite is part of this pathway and it’s associated with this biochemistry. Infrared spectroscopy is the opposite. It can give you a profoundly powerful overall signature, but it can’t tell you, this is the molecule [responsible].”

This has long been viewed as a weakness, and made IR unpopular in the medical science community despite its widespread use in agricultural, environmental, and earth sciences, he said.

But when you don’t know what biomarker to look for, IR’s singular signature is not a disadvantage, but rather a strength.

“The first time I heard Cynthia talk, I was a postdoc and she was talking about how she wanted to make IR spectroscopy into the first real tricorder,” says Brown, referring to the Star Trek device that can instantly diagnose just about any disease in the galaxy. “It was an astounding vision, and fast forward several years, the data’s there, the algorithms are there, and it’s been really incredible to see it come along. We’re not there yet, but the course is increasingly clear.”

In the Scientific Reports study, McMurray, Brown, and colleagues confirmed the diagnostic potential of their approach by showing that an algorithm can easily distinguish IR spectra from mouse brain cells with Huntington’s disease from spectra of healthy mouse brain cells. Then, they trained an algorithm to do the same with human cells. It worked seamlessly.

The next test was more challenging: could spectral phenotyping an Alzheimer’s disease diagnostic against age-matched controls using easily accessible cells instead of brain cells? They chose fibroblasts, an extremely common cell found in the skin and other connective tissue.

Everything hinged on this experiment, as the technology would have little value if it only worked on surgically extracted brain tissue or postmortem samples. But at the same time, no one knew what biochemical changes, if any, occur in cells outside the brain in Alzheimer’s patients.

“One of the big surprises was just how discriminating it was,” says McMurray. “What we discovered is you don’t need to use a brain cell to track disease because the skin cells are affected in their own way.”

The team is now in the middle of a follow-up study to evaluate their spectral phenotyping approach on a larger set of Alzheimer’s patients and controls. Early results on a handful of samples from pre-symptomatic patients—who later developed Alzheimer’s—indicate that the technology could be used as an Alzheimer’s disease diagnostic before symptoms develop. If this holds true in future validation trials, spectral phenotyping will, at long last, provide a window of time for patients to try experimental medicines that could delay or even stop disease progression.

Looking to the future, McMurray believes that spectral phenotyping will not only fill the gap left by biomarker-based diagnostic methods, but also provide a new tool to identify the cause or causes of mysterious diseases—which, circuitously, would reveal new biomarkers. “Now we can start asking, what are the genes that are underlying this particular chemistry, that are giving rise to this phenotype?” she says. “And explain disease in terms of real molecular events.”

Once they have fully tested their Alzheimer’s disease diagnostic technology, the scientists plan to expand the platform to diagnose many other conditions. The goal is to develop a truly multipurpose diagnostic tool that can be used without special equipment or large budgets.

“Our mission is to build a tool that would be applicable to general hospitals, schools, research laboratories. That was our exact purpose,” says Brown. 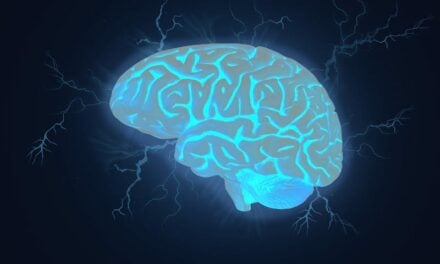 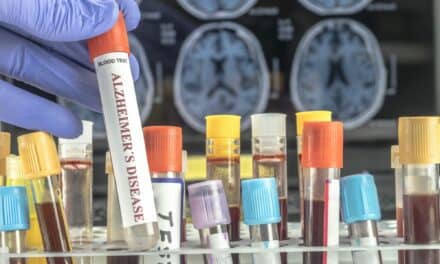