Clarient Inc, a premier technology and services resource for pathologists, oncologists and the pharmaceutical industry, and BioView Ltd  jointly announced that they will collaborate on studies to validate the clinical utility of a non-invasive test for the early detection of non-small cell lung cancer.

The test, which uses a patient’s sputum and was originally developed at the University of Texas M.D. Anderson Cancer Center, is expected to be particularly useful to aid in the diagnosis of early stage lung cancer for smokers and other at-risk populations.

The agreement between the two companies provides Clarient the right to negotiate an exclusive agreement to commercialize the test following its joint development and validation.

Lung cancer is the leading cause of cancer death worldwide, with more than 250,000 newly-diagnosed cases and more than 160,000 deaths annually in the US, according to the National Cancer Institute. Non-small cell lung cancer accounts for approximately 85 percent of all lung cancers.

The test uses DNA probes exclusively licensed to BioView by M.D. Anderson Cancer Center and BioView’s proprietary Target Fluorescence in situ Hybridization (T-FISH) technology to screen for specific genetic biomarkers that may indicate the presence of cancer cells in sputum. FISH is a well-established diagnostic tool that is the basis of BioView’s technology, noted President and Chief Executive Officer Dr. Alan Schwebel.

Initial internal studies of the test have demonstrated its validity, Dr Schwebel said.

"The sensitivity and specificity obtained to date in our internal studies are better than other non-invasive methods now available for aiding in the early detection of lung cancer," Dr. Schwebel said. "We are excited to have Clarient, with its long history of collaborating with academia and innovative companies in developing novel oncology tests utilizing biomarkers, as our first partner to develop a test based on our proprietary probes and technologies. We are confident that our collaboration with Clarient will successfully help to develop, validate and commercialize the test through its established pathways to the market."

Clarient Chief Executive Officer Ron Andrews said the test could become a very valuable tool for detecting lung cancer and for expanding Clarient’s lung cancer franchise. "This test has promise to become a valuable diagnostic and prognostic tool for determining the risk of lung cancer for many patients, but particularly for smokers," Andrews said. "Lung cancer continues to be an area of focus in the coming months for Clarient and we are particularly interested in working with pharmaceutical companies that are developing smoking cessation drugs. We look forward to our collaboration with BioView on these confirmatory studies and possible commercialization of this test."
Andrews estimated that the validation studies should be completed during 2010. 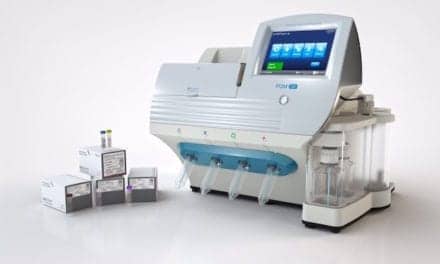