A bout 10 years ago, the market for molecular diagnostics seemed anchored at about $50 million worldwide. Today, it has emerged as the fastest growing segment of the in vitro diagnostics (IVD) industry. The market is on its way to surpassing the $3 billion barrier by 2008, according to figures available from ResearchandMarkets.com.

The surging demand for molecular diagnostics is attracting a steady stream of new and improved testing instruments and reagents from the hundreds of vendors in the sector. Here, we look at a few of these companies.

Under the supply agreement with 3M, Third Wave can offer customers the option of a platform that combines the ease of use and accuracy of its proprietary Invader chemistry, a novel DNA and RNA analysis chemistry, with 3M’s innovative microfluidic technology. The upgraded system is designed to speed up market use of critical genetic and molecular-based diagnostics.

Founded 11 years ago, Third Wave went public in 2001 as a genomics tool company before restructuring and refocusing on the molecular diagnostics market, says Rod Hise, the company’s corporate communications director.

After booking revenues of $36 million for the past fiscal year, the company is projecting a revenue increase to $42 million for 2004. Third Wave continues to partner with world-class researchers. The company’s Invader chemistry allows for the direct detection of DNA and RNA without the use of traditional polymerase chain reaction (PCR) methods. The Invader chemistry streamlines the testing process by amplifying a signal—not the target itself. Using the new Invader/3M microfluidic platform significantly reduces hands-on time by eliminating many liquid handling steps performed by lab professionals. The result is improved efficiency for the lab and faster test results for patients.

The Invader platform uses standard lab equipment, requires no clean room, incubates at a single temperature and requires no special staff training, according to Hise. Studies of thousands of samples show Invader assays are more than 99.9% accurate.

Qiagen Inc
Qiagen, based in the Netherlands, operates subsidiary companies in the United States and 10 other countries. The company maintains a portfolio of more than 320 products used for the separation, purification, and handling of nucleic acids for testing purposes. It also supplies amplification products, automated instrumentation, and synthetic nucleic acid products. Commercial applications include DNA sequencing and genomics, nucleic acid based molecular diagnostics and genetic vaccination, and gene therapy.

Overall, the molecular market remains dynamic. World revenues reached about $400 million. In the past, Qiagen’s business success was tied to collection, stabilization, and purification (CSP) of nucleic acids used primarily in the research, academic, and pharma/biotech segments. Now the company is eyeing the in vitro diagnostics (IVD) market.

“Our success has demonstrated that downstream assays work better if the DNA or RNA provided as input into those assays is clean and of good quality,” says Noel Doheny, the Qiagen vice president who heads the company’s molecular diagnostics effort. In 2002, the company began manufacturing reagents in Germantown, Md.

The earliest Qiagen test kits were designed for manual use. But as user volumes rose, the company introduced a series of automated systems capable of handling from low to high volume sample throughputs.

In January, Qiagen will launch a new organization focused completely on serving the needs of the routine clinical molecular diagnostics (MDx) market. While Qiagen has made substantial inroads into this segment, primarily with the largest laboratories, it believes the emergence of new menu items will help the company’s products migrate into the hospital laboratory sector.

Qiagen stabilization and purification product lines for preanalytical NA preparation are marketed to research laboratories worldwide. Several of its recent instruments were designed with routine clinical laboratories in mind. Features include primary tube bar-code reading, complete sample tracking through purification, and software that’s easy to use by busy clinical staff.

The company’s goal: to provide clinical labs with the ability to bring molecular testing in-house and advance it to whatever level of automation testing growth demands.

“We are fortunate in the new MDx business unit that Qiagen already has on the market complete systems for all levels of molecular testing,” Doheny says. His company has formed an alliance with Becton Dickinson that combines the CSP technology of Qiagen with BD’s dominant position in collection-tube technology. Called PreAnalytiX, the unit is already selling research use only products to the pharma/clinical research organization segment.

Doheny says data have demonstrated that molecular testing is best begun at the earliest moment the blood is drawn. Many experiments show that messenger RNA levels begin to change drastically as soon as the blood leaves the body. It was an unanticipated discovery that different mRNAs are either immediately induced to increase their expression level or immediately begin to degrade. The individual messenger RNA behavior is completely unpredictable.

“Qiagen is aggressively adapting its technology to the needs of the clinical laboratory by building on its existing research-oriented technologies,” Doheny says. “To be successful in routine molecular diagnostics, the products must be adapted to the unique needs of the clinical laboratory.” Several Qiagen products have achieved IVD CE marking in Europe; the first FDA cleared products are expected to be released in early 2005.

The company believes it is unique in providing solutions for processing difficult sample types. “This is a result of our long experience in the research segment where requests for processing many sample types are common,” Doheny says. “The real advances will come from the science and these answers will be molecular in nature.”

Gen-Probe
Gen-Probe, with headquarters in San Diego, has been manufacturing and marketing nucleic acid testing (NAT) products for clinical diagnostics and blood screening for more than 2 decades. The company has received FDA approvals for more than 50 products using its NAT technology.

According to Michael Watts, senior director, Investor Relations and Corporate Communications for Gen-Probe, product sales for the first 6 months of 2004 totaled $107.6 million, up 20% compared to the first half of 2003. The company lays claim to marketing the first FDA-approved DNA probe tests (introduced in 1985); 2 years ago, Gen-Probe developed the first amplified nucleic acid test for blood screening. Strong growth in recent months prompted the company to revise total revenue projections for the current year upward, to between $250 million and $255 million.

This second-generation assay essentially eliminates inhibition problems and cross-reactivity. It provides multiplex detection and differentiation. Because APTIMA Combo 2 yields two results from a single sample, it improves workflow and laboratory throughput. Gen-Probe officials say the test’s sensitivity has been shown to be superior to culture and competitive tests. For nonamplified STD testing, Gen-Probe offers the PACE 2C® assay.

This year, the company launched its TIGRIS analyzer with approval from the FDA to run the APTIMA Combo 2 assay on it. Billed as the first instrument offering “absolute automation,” the TIGRIS platform offers walk-away freedom: no hands-on processing at any stage of the testing process, from sample preparation to amplifying and detecting nucleic acid targets, to the analysis of results, with no centrifuging or filtration. All TIGRIS purification steps are performed in the assay tube. The new instrument is on schedule to generate at least $5 million in sales its first 12 months. Sales will likely benefit because LabCorp, one of the country’s largest laboratory operations, has begun using the TIGRIS system.

For the fiscal year ended June 30 of this year, Digene revenues increased 43% to $90.2 million. Net income for the year totaled $21.5 million compared to a $4.3 million loss the previous year.

In a history-making advance, Digene introduced the only FDA-approved test for human papillomavirus (HPV), the virus present in more than 99% of cervical cancer cases. The new test is marketed under the trade name DNAwithPap™. New cervical cytology screening recommendations by the American College of Obstetricians and Gynecologists urge that a Pap test be used in combination with an FDA-approved high-risk HPV test for women ages 30 and older.

So how does Digene, with its mere 400 employees, achieve such a breakthrough? Charles Fleischman, the company’s president and chief financial officer, believes Digene’s Hybird Capture® technology and new HPV test reflect a combination of “committed people, good science, and keeping an eye on the ball.”

He says the team at Digene has turned the corner on a very different approach to identifying the causes of cancers. The DNAwithPap test combined with a Pap test has a negative predictive value of greater than 99%, offering more accuracy than the Pap alone. 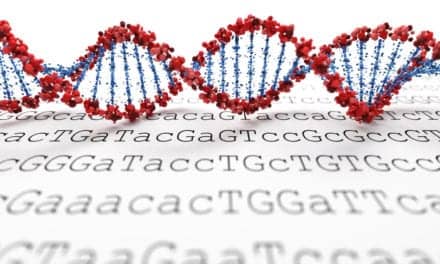 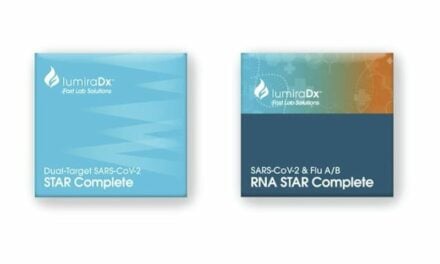 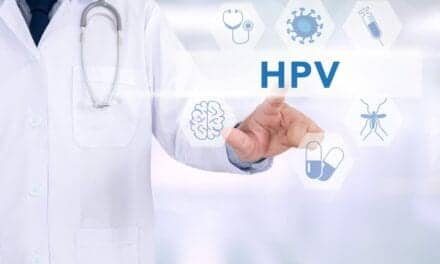