Labs push ahead in search of qualified staff.

While molecular diagnostics-the fastest-growing segment of the IVD market races ahead, many of today’s laboratories find themselves playing catch-up. In simple terms, molecular advancements are outpacing the supply of persons available and qualified to work the technology and interpret results.

Lacking the personnel — and perhaps intimidated by the seeming complexity of the new technology — some labs are leaving molecular testing to the entrenched reference labs.

Ken Smith of California-based Front Line Strategic Consulting says the worldwide market for nucleic acid tests (NAT) has expanded at a compounded annual rate of nearly 26%. "Most recent statistics show that NAT and related technologies are about a $2 billion market, with infectious disease by far the dominant category," Smith says. The molecular diagnostics/genetic-testing segment, at its present growth, could surpass $5.5 billion by the conclusion of 2005, given its continued adoption by the medical and scientific communities according to Smith.

Reports by the College of American Pathologists indicate that only about 200 of the more than 10,000 clinical labs in the United States are routinely performing genetic testing. Industry experts offer several explanations.

The stagnant growth of genetic labs, according to Andrea Ferreira-Gonzalez, PhD), comes not only because of the complexity of the tasks but also from a lack of personnel possessing the required training and skills to interpret results. She is director of the Molecular Diagnostics Laboratory at Virginia Commonwealth University (VCU). She also chairs the Professional Relations Committee of the Association for Molecular Pathology.

Ferreira-Gonzalez expects market demand will be a catalyst for more labs to enter genetic testing. For example, the American College of Obstetricians and Gynecologists began recommending that OB-GYNs make DNA screening for cystic fibrosis available to all couples seeking preconception or prenatal care-not just those with a personal or family history of carrying the CF gene. "The major issue will be that we still need more laboratory personnel with the required training for results interpretation," she says.

As testing volumes increase, labs will do more genetic testing in-house instead of sending it out, Ferreira-Gonzalez says. Increases in genetic testing-most of which relies on home-brewed assays will spur development of more off-the-shelf reagents. Of course, the advances come at a price. Ferreira-Gonzalez points out that a single automatic DNA sequencer, so critical to molecular operations, runs about $180,000.

"Right now, molecular testing is very centralized in a few laboratories," says Tiffany Olson, vice president of molecular diagnostics for Roche. "This is due to the complexity of the testing and the need for interpretation of the clinical meaning of the results. Many labs are starting to expand into molecular testing by offering more assays in-house versus sending them to a reference laboratory."

According to Judith Peter, director of marketing at Schleicher & Schuell Bioscience, molecular diagnostics has not begun to make the impact it will 5 years from now. "Molecular diagnostics methods are not yet ‘cookbook’ methods. Currently there is still a high skill barrier," she says. "Until a lab technician can perform tests consistently and correctly with basic training, molecular diagnostics will not find a place in the mainstream."

The lack of qualified personnel is just one of the challenges molecular diagnostics labs-and laboratories generally-continue to face, says Ron Blum, PhD), director of medical communications at Specialty Laboratories. "We are always looking for good, experienced clinical laboratory scientists," Blum says. "Clinical labs are facing shortages, and many CLS programs have closed.

"However, this is not an issue for non-California laboratories, none of which require a state license for otherwise experienced laboratory bench staff. Of great importance, and a barrier to the introduction of genetic tests to routine laboratories, is the need for a clinical geneticist to interpret results. The volume of CF carrier testing, for example, will only support such a person in an esoteric referral laboratory," says Jean Amos Wilson, PhD, scientific director, molecular genetics, Specialty Laboratories.

Tecan Systems’ Chris Wright sees cost pressures and the FDA’s long approval process as challenges for genetic testing labs. "Many labs can afford a couple of top-notch specialists for molecular testing, but so many of the other positions barely pay above minimum wage; it’s hard to attract skilled people under those conditions," says Wright, vice president of sales and marketing at the automation supplier.

Staffing issues aside, the past year has been another banner one for those involved in molecular diagnostics.

View From the Laboratory
Ferreira-Gonzalez of Virginia Commonwealth University says completion of the sequencing of the human genome several years ago has enabled scientists to identify new genes and single-nucleotide polymorphisms associated with different diseases. It opens the door to a better understanding of disease processes, she says, and will ultimately provide new markers for diagnosis, monitoring, and prognosis.

High-throughput technology, in combination with automation, has allowed laboratories such as the one at VCU to address more complex applications. By using automatic extractors and automatic DNA sequencers along with microarray technology, VCU’s lab now has the ability to look at 25 mutations in a single test. "That’s something that in the past would take us forever," Ferreira-Gonzalez says.

Development of improved bioinformatics tools is another factor driving growth of the molecular testing market. "By using more user-friendly tools, scientists can now analyze extraordinarily large and complex data sets and provide diagnostic and/or prognostic information. We now are able to analyze data from expression patterns of 25,000 genes from a single patient specimen in a single experiment," Ferreira-Gonzalez says.

Roche has shepherded the expansion of PCR, developing new tests, assays, and instruments along the way. Included are new primers and enzymes for cleaving DNA. "Recognizing the power of PCR, Roche’s vision was to commercialize this technology for a reproducible, convenient, easy-to-use automation system that would bring the technology out of research and into clinical laboratories," says Olson, Roche’s vice president of molecular diagnostics.

In addition to developing new assays, Roche broadened its instrument portfolio. Olson says the Roche LightCycler™ is now used in more than 3,500 laboratories around the world. This summer, the company introduced its TaqMan 48 PCR analyzer–a completely automated analyzer that runs 6 to 48 specimens and up to two different assays simultaneously. "We are delivering a broad menu of high-value assays with new clinical applications in areas of disease stratification and wellness promotion through the identification of predisposition toward disease, oncology, microbiology, and women’s health," Olson says.

Soon, Roche will deliver the industry’s first molecular family of fully automated systems (sample in … result out). That new family, Olson says, will provide broader access to leading molecular technologies designed to deliver high-value information to clinicians. "In any new emerging market, the area of education is extremely important. Much education is needed for the new oncology and genomics products. Reimbursement is another area where continued education and outcome data will be necessary to prove the value of these new tests," Olson says.

Schleicher& Schuell Bioscience
Schleicher & Schuell Bioscience, headquartered in Keene, NH, has profited from the emergence of molecular diagnostics. The company is a leading provider of products to help laboratories collect, store, and isolate DNA and biological samples.

Once dried on IsoCode paper, a DNA sample can be stored indefinitely at ambient temperature. Speed and simplicity are major benefits. Under the standard protocol, technicians can elute the DNA from the paper in 30 minutes, using water as an isolator. Other methods require aggressive organic solvents.

S&S nitrocellulose membranes were the original membrane for southern, northern, and western transfers. Its #903® paper-an FDA-listed medical device and the basis for IsoCode-has become the paper of choice for collection of samples for newborn screening across the United States, most of Europe, and the Far East.

Peter says that while newborn screening first involved only protein analyses, the last 15 years have seen these samples used more frequently in nucleic acid analysis. "The market has grown to include non-newborn applications, including potential bone marrow donor sample collection, in-home sample collection such as HIV and HCV, military identification samples, and forensic samples, to name a few," Peter says.

Samples dried on paper can be shipped through the mail with no special packaging or shipping conditions. They can be bar-coded for simplified sample storage and retrieval, and this type of sampling lends itself to automated processing procedures.

Peter says inexpensive automation of sample preparation and nucleic acid isolation is a problem still to be solved. Sample cross-contamination is another issue that needs optimization.

Tecan Systems
Molecular testing has been good for business at instrument maker Tecan Systems, part of the Zurich-based Tecan Group. Over the past decade, Tecan’s revenues from genomics have increased 10% to 20% every year according to Chris Wright, vice president of sales and marketing for Tecan. Tecan’s customers include many developers of molecular diagnostic products.

Tecan offers its flagship Freedom® EVO® instrument platform in a range of configurations, from entry-level to high-performance models costing up to $250,000. Two advantages of the platform are its upgradability and its shared software, Wright says.

‘Taking on automation tools is based on the ability to use software," Wright says. ‘With EVO software, we have to teach people software only once." Wright says the United States accounts for about 40% of Tecan sales. In addition, Asia is an exploding marketplace for automation according to Wright. "People there are increasingly open to automating the tests they have processed by hand for many years," Wright says.

"Genetic predisposition testing is an area that both excites and frightens the industry," Blum says. "The possibilities for early diagnosis are intriguing, but there are so many unresolved issues regarding individual privacy, government regulation, and precisely how the doctor can use the information to help the patient that this area of testing is generally not practical." 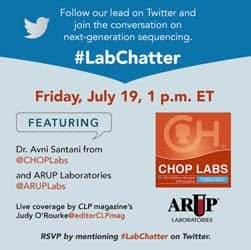