This is a companion article to the feature, “Implementing a Pharmacogenomics Program.”

For many common prescriptions, a single genetic test can provide insight into the likely efficacy or toxicity of a medication, allowing clinicians to choose safer and more effective treatments. With growing evidence linking drug response to genetic variability, and with costs decreasing rapidly for an expanding array of genomic tests, clinicians are using pharmacogenomic testing to identify gene-drug interactions to guide precise patient therapies. Following are several representative examples of how pharmacogenomic testing is working its way into clinical practice.

Cascading Medication Effects. When a breastfeeding mother is a CYP2D6 rapid metabolizer, she will metabolize codeine to its active form, morphine, at a rate much higher than a CYP2D6 normal metabolizer. If her physician is not aware of her genetic traits, this can lead her to unintentionally pass on a toxic, or even deadly, morphine level to her infant. In 2007, FDA issued an alert to healthcare providers about this situation and the risk of morphine overdose for nursing babies. In 2013, FDA reinforced its alert with an additional boxed warning and contraindication for the use of codeine in children during tonsillectomy or adenoidectomy. Understanding a mother’s pharmacogenomic profile enables a physician to protect both mother and child.1

Predictive Power. The HIV therapy Abacavir can produce life-threatening hypersensitivity reactions in 5% to 8% of patients. The HLA-B*5701 allele, present in only 1% to 5% of the population, is strongly predictive of this life-threatening condition. In 2008, FDA urged physicians to screen for the HLA-B*5701 allele for all patients prior to starting Abacavir therapy. When testing for this risk allele is performed, alternative therapies can be safely chosen. In one study, HLA-B*5701 testing resulted in an incremental cost-effectiveness ratio of $36,000 per quality-adjusted life year gained when compared to not testing.2

Right Drug, Right Patient. Plavix (clopidogrel) is standard of care for preventing deadly clotting, heart attack, or stroke after coronary stent surgery. However, 2% to 14% of the population does not metabolize this medication efficiently, leaving them vulnerable to major cardiovascular events. In 2010, FDA added a black box warning to clopidogrel to make patients and healthcare providers aware of the poor-metabolizing CYP2C19 variants, which can predict a 3.5x greater risk for adverse cardiovascular events such as heart attack, stroke, or even death, highlighting the importance of genotyping patients prior to clopidogrel therapy. High-risk patients can be offered safer alternative medications.3 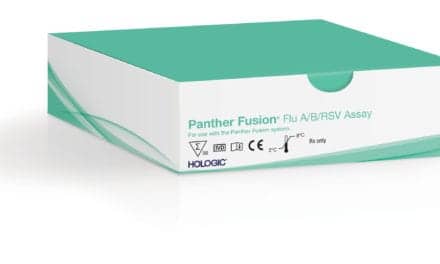