The Company Drills Down on POC Testing For Infectious Disease

During 27 years of developing diagnostics, Stephen R. Lee, PhD, has seen plenty of change. He has developed tests that have made the trek from idea to laboratory to home test kit. Along the way, tests have become smaller and more affordable. Lee joined OraSure Technologies Inc, Bethlehem, Pa, in September 2005 as executive VP and chief science officer. While there, he has ushered in even more change to the industry, including the first rapid in-home HIV test, which was approved in July. Clinical Lab Products and Lee discuss the past, present, and future of rapid point-of-care diagnostics testing.

CLP: What diagnostic products does OraSure focus on?

Stephen R. Lee: Our strategic focus is point-of-care testing in infectious disease. Since 2004, we have had a rapid HIV test that can be used with either blood or oral fluid that is widely deployed in public health and hospitals. In 2011 our rapid Hepatitis C (HCV) test was approved and CLIA-waived. Our focus is developing rapid testing as a way of expanding testing opportunities outside of traditional laboratory settings.

CLP: Why the focus on rapid point-of-care testing?

Lee: You can get the result while the clinician still has access to the patient, but these tests are also very simple devices. They are self-contained and provide a visual result. They don’t require complex instrumentation, so they are highly portable, which is ideal for clinics, mobile testing vans, and community outreach centers. These tests diversify places where diagnosis can be carried out. Laboratory tests have existed for decades. But we still have this major problem of under-diagnosis, where at least a significant proportion of individuals don’t know they’re infected. So, the focus in rapid testing is to institute more testing by making the testing available in many more venues and situations.

CLP: What’s ahead for OraSure and the field of point-of-care testing?

Lee: In early July we received FDA approval for the first in-home rapid HIV test approved for over-the-counter (OTC) sale. Not only was it the first in-home rapid HIV test, but also it was the first-ever OTC point-of-care infectious disease test approved by the FDA. That was a significant landmark. We announced the commercial availability of the OraQuick® In-Home HIV Test on October 9, making it the first rapid infectious disease test ever to be made available directly to consumers for in-home use. From these milestones, it’s reasonable to expect that there will be other tests that will be brought forward for infectious disease. This will be an expanding area of opportunity.

CLP: Where is the OraQuick In-Home HIV test available?

Lee: The test is now available at 30,000 retailers nationwide such as CVS, Walgreens, Walmart, and Rite-Aid. Customers also can order the product online through select retailers and at www.OraQuick.com.

CLP: Was the process of getting FDA approval for this test more complex and lengthy compared to other tests?

Lee: Given this is the first point-of-care test for any infectious disease to be approved by the FDA for use over the counter, defining the pathway and what would be required of any potential sponsor of a product was important at the outset. This was a big part of the discussion when we first headed down this path 7 years ago.

CLP: What has the public response been so far in terms of sales of the test and number of questions to the hotline?

Lee: The test is not currently available for sale, though we did have our “live” support center up and running just a few days after FDA approval was received. We have received calls with a majority of questions about the product, when will it be available for purchase, and how much will it cost.

CLP: What percent of Americans are estimated to be infected with HIV, but do not know they’re infected?

Lee: About 25% of the 1.1 million HIV-positive individuals in the US do not know that they are infected [according to the Centers for Disease Control and Prevention (CDC)].

CLP: Do you have expectations that the test will generate additional clinical lab test follow-up?

Lee: We do expect that individuals who do receive a positive result with our in-home test will go to a doctor or clinic for a second, confirming test. From our label-comprehension studies required by the FDA, the understanding of this particular step scored extremely high.

CLP: What support is available to those taking the test?

Lee: The OraQuick® Support Center is staffed with highly trained, bilingual (English/Spanish) representatives who are available by telephone at (866) 436-6527 to answer questions about HIV/AIDS and using and interpreting the test. They also provide referrals to follow-up and care, and they can also take orders for the OraQuick In-Home HIV Test. Additionally, the product Web site provides access to resources and referral to follow-up counseling, confirmatory testing, and medical care.

CLP: The CDC recently recommended that Baby Boomers get tested for Hepatitis C. Where does OraSure fit into the picture?

Lee: Anywhere from 50% to 70% of HCV is currently undiagnosed. With increased awareness, we would expect an increase in Hepatitis C testing. This is a response from the federal government to address the growing problem of Hepatitis C. As people age and the disease progresses, we’ve already seen over the last decade a significant increase in the amount of cirrhosis arising from hepatitis C. It is the leading cause of liver transplantation already. This is an attempt to address the problem by increasing testing, getting more people diagnosed, and into therapy. The good news is that hepatitis C is a curable disease, and we believe that point-of-care testing can play a critical role in expanding testing opportunities and facilitating immediate care for those diagnosed with HCV.

CLP: Why did the CDC single out Baby Boomers?

Lee: It is estimated by the CDC that one in 30 Baby Boomers currently is infected with HCV. As this birth cohort (1945 to 1965) has such a high prevalence rate, the CDC revised its guidelines to include this birth cohort as a risk factor for hepatitis C.

CLP: How long can people harbor the HCV virus without showing symptoms?

Lee: People who have hepatitis C often do not feel sick until liver damage is at an advanced stage, which can be up to 30 years after infection. Most people with acute hepatitis C do not have any symptoms at all. The only way to know for sure is to be tested for hepatitis C.

CLP: Do you have estimates of how many people will be identified as carriers of the antibody for HCV?

Lee: We cannot estimate at this time. However, according to a recent report by David Rein, PhD, of the University of Chicago, and colleagues, as reported in the Annals of Internal Medicine, birth cohort screening could identify more than 800,000 additional cases that could be identified in the US.

CLP: Have you seen an increase in testing since the CDC’s recent recommendation?

CLP: How are at-home tests for infectious diseases such as HIV and HCV different from traditional testing methods?

Lee: The test device is the same as the one used by doctors and clinicians. The key element was developing the packaging and labeling such that the instructions would be easily comprehensible to a broad range of expected users, over a broad range of literacy levels in both English and Spanish. We relied heavily on picture instructions. We wanted to be sure people could conduct the test easily and correctly interpret the results. More importantly, we helped them understand what to do in response to those results. We instituted a 24-hour consumer-support telephone line. That number is presented throughout the product labeling, so people can call up and have the opportunity to talk to highly trained call agents. They’ll be provided information on HIV and AIDS in general, they can get help understanding the instructions and interpreting results, and, most importantly, they’ll get information about follow-up testing and care. We have a large database of hospitals, doctors, and clinics for appropriate follow-up. This approval should also open the door for other suitable tests for other infectious diseases.

Lee: We are interested in international expansion; we believe there are opportunities. We do sell both the rapid HCV and rapid HIV testing throughout various countries. And in certain geographies, we see an increase in rapid point-of-care testing. There’s certainly been a lot of interest internationally as a result of the Federal Department of Foreign Affairs approval of the HIV in-home test. 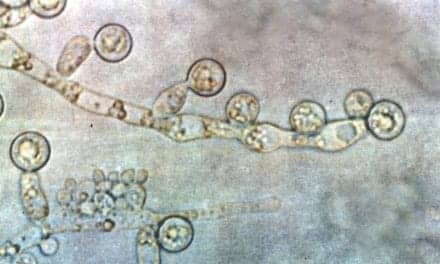