Abbott announced that it has entered into an agreement with GlaxoSmithKline (GSK) to develop a molecular diagnostic test intended for use as an aid in selecting patients who may benefit from a skin cancer treatment in development by GSK.

Under terms of the agreement, Abbott, in conjunction with GSK, will develop and commercialize a PCR (polymerase chain reaction) test for use on the Abbott m2000™ automated molecular instrument system. The test will be designed to detect MAGE-A3, a tumor-specific antigen that is expressed in skin cancer and a wide variety of other cancers, but not in normal cells. In July 2009, both companies announced a similar collaboration and Phase III investigation for the MAGE-A3 marker in non-small-cell lung cancer.

Currently, there are no nucleic acid-based tests approved by the U.S. Food and Drug Administration for use in identifying patients who may derive treatment benefits from targeted skin cancer therapies. Abbott, in collaboration with GSK, will seek regulatory approval for the test in several markets, including the United States and Europe.

"This is an exciting continuation of our important collaboration with GSK, a leading company in cancer immunotherapy research," said Stafford O’Kelly, head of Abbott’s molecular diagnostics business. "The agreement is indicative of our commitment to personalized medicine and our focus on developing innovative companion diagnostic tests that can be used to identify patients most likely to benefit from specific cancer therapies."

According to the Skin Cancer Foundation (http://www.skincancer.org/Melanoma), melanoma is the most serious form of skin cancer. However, if it is recognized and treated early, it is nearly 100 percent curable. While it is not the most common of skin cancers, it causes the most deaths. The American Cancer Society estimates that in 2008, there were 8,420 fatalities in the U.S. alone, 5,400 in men and 3,020 in women. The number of new cases is estimated at more than 62,000; of these, approximately 35,000 will be in men and approximately 27,000 in women. 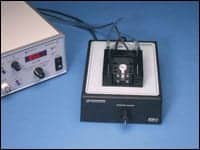