Efforts to improve the diagnosis and treatment of prostate cancer have spurred the development of new test products and technologies that challenge the capabilities and skills of lab technologists in every setting. Prostate cancer is the second-leading cause of cancer deaths among men; it was responsible for an estimated 29,000 deaths in the United States in 2003. Incidence rates have been increasing in recent years: 3% for white males and 2.3% for black males. Age-adjusted incidence rates of prostate cancer have increased significantly, as evidenced by the widening use of prostate-specific antigen (PSA) screening over the past 15 years.

According to the “Annual Report to the Nation on the Status of Cancer, 1975–2000,” released by the National Cancer Institute (NCI) in September 2003, more progress against prostate and other cancers will require broader support of cancer-control measures at all levels of government and private partnerships as well as more effective strategies for cancer screening and treatment.

Protein Patterns Could Be Key
After 3 years of joint research, scientists at the NCI and the Food and Drug Administration (FDA) believe patterns of small proteins in blood serum samples—detectable in 30 minutes using a simple one-drop blood test—can help distinguish between prostate cancer and benign conditions. The new approach could prove valuable in determining whether a biopsy is needed for men with elevated PSA levels.

Serum-protein patterning, still in the evaluation stage, uses computer software to detect key patterns of small proteins in the blood. With the assistance of mass spectroscopy, researchers analyzed serum proteins, sorting them by weight and electrical charge. They then used an artificial intelligence program developed by Correlogic Systems Inc (Bethesda, Md) to identify patterns of protein produced by prostate cancer cells. These patterns differed from patterns in noncancer patients.

In comparing the protein patterns from groups of patients whose biopsy results were unknown, researchers correctly identified 36 of 38 cases of prostate cancer and 78% of patients with benign disease. Researchers suspect that protein pattern analysis will emerge as a useful tool in determining whether a biopsy is needed in men with slightly elevated PSA levels.

“We hope that by using proteomic pattern analysis screening in combination with other screening methods, we can reduce the number of unnecessary biopsies for prostate cancer,” says Emanuel Petricoin, III, PhD, senior investigator at the FDA and codirector of the NCI/FDA program.

The project, the first interagency effort of its kind, was launched in 2000. It has already yielded success in detecting ovarian cancer using serum protein patterns. The NCI is planning clinical trials on the effectiveness of pattern analysis in monitoring recurrences of ovarian cancer in patients. Success in that trial could lead to 510(k) status. That acceptance could ease acceptance of protein patterning for other cancers, including cancers of the prostate, breast, and lung.

Petricoin says in the future computer-assisted serum-protein patterning will be used in combination with other diagnostic imaging technologies, such as spiral CT, MRI, and ultrasound. The new technology offers much more specificity than conventional PSA, which was initially approved only for monitoring purposes. “The PSA test is not a good biomarker for detection because an elevated PSA of 3.0 and higher sets off a flag, then everybody gets a biopsy,” he says.

The key benefit of the new serum-protein patterning technology will be its ability to distinguish between indolent and aggressive prostate cancer. Petricoin says both Quest and Lab Corp have announced plans to offer home-brewed tests for ovarian cancer in the near future. Because of the extensive computer involvement and mass spectrometer equipment, pattern analysis may be limited to the larger-volume reference laboratories. “It will be initially difficult for small labs, such as community hospital labs, because of the high cost,” Petricoin says.

The new proteomic technology will continue to be a challenge for laboratory technologists. “They’re going to have to continue to adapt to new technologies. Mass spectrometers, not antibody tests, may be the dominant platform of the future in the clinical laboratory,” Petricoin says.

More Tissue Sampling
While existing diagnostic tools have proven effective at identifying an increasing number of patients with prostate cancer, some researchers are dedicated to creating tests that offer significantly greater precision.

One change, advanced in an article in the journal Urologic Oncology, involves a technique called extended sector biopsy. According to a recent study, physicians who expanded the number of prostate tissue samples from 6 to 12 per patient were able to increase the identified prostate cancers in the studied men by from 10% to 20%.

In the study, one re-searcher took six additional tissue samples from the prostate glands of patients with elevated PSA levels or with abnormalities discovered through conventional digital rectal exams. Expanding the tissue samples enabled the scientists to better screen the outer portions of the prostate gland where cancer detection is dramatically more likely.

Extended sector biopsies would not diminish the need to use PSA measurement screenings to determine the best candidates for routine biopsies. A broader initial biopsy, according to researchers, could reduce patient time and costs by eliminating the need for a second biopsy.

Impact of Gene Variations
With an eye toward making prostate tests more precise, researchers recently verified existence of variations in a gene that controls levels of PSA in men. The discovery followed analysis of blood samples from 405 men taking part in an asbestos-exposure study.

But last summer, an article in the Journal of the National Cancer Institute revealed that gene variations have a direct effect on detectable PSA levels in a man’s bloodstream. More study is needed before researchers can tie higher levels of PSA directly to higher risk of prostate cancer. Some men simply may produce elevated PSA levels yet not be at immediate risk of cancer. It is unclear whether there is a risk of not detecting cancer in men producing lower than normal levels of PSA. Some researchers believe gene variations suggest that PSA levels are to some degree controlled by genes inherited from a parent and see higher PSA levels corresponding to increased cancer risks.

Originally offered on the Bayer Immuno-1 immunoassay system, the cPSA test is now available on both the ADVIA Centaur and the ACS:180 immunoassay systems. The cPSA test offers improved specificity over traditional PSA and free to total PSA (tPSA) test ratios. “A number of studies over the last couple of years have indicated that complexed PSA has been shown to be 10% to 22% more specific than commercially available tPSA tests,” Talley says.

Use of cPSA as a single test, the study concluded, provided improved specificity over tPSA and PSA ratios. The study indicated cPSA would be a better initial test than tPSA for prostate cancer detection particularly in the PSA range of 2.0 to 6.0 ng/mL where a significant number of biopsies are performed and about 30% of prostate cancers are identified. Talley says the use of the complexed PSA test in this new “gray zone” would improve specificity and potentially spare unnecessary biopsies.

Diagnostic Products Corp
Diagnostic Products Corp (DPC), a publicly traded manufacturer of immunoassay instruments and tests since 1971, offers a number of products for prostate cancer detection and monitoring. The company’s flagship platform includes the IMMULITE® 2000 with a menu of more than 80 assays. The smaller IMMULITE 1000 system includes additional esoteric tests and is well suited for research and reference labs.

According to Jon McDermed, PharmD, DPC’s marketing manager for tumor markers and bone metabolism assays and a former cancer researcher, the company offers the widest menu of automated immunoassays of any IVD manufacturer. Including its allergy menu, the number of available tests surpasses 300, he says.

DPC produces assays for total PSA and PAP and is awaiting FDA approval of its free PSA assay. Its Third Generation PSA assay, McDermed says, is suitable for both prostate cancer screening and monitoring. This assay can precisely measure total PSA as low as 0.01 mg/L, which is 10 times more sensitive than standard assays. For surgically treated patients, this permits earlier detection of residual or recurrent prostate cancer by an average of 18 months.

Also, DPC has developed and marketed outside of the United States a new technology called an artificial neural network (ANN) to improve the accuracy of prostate cancer detection and to eliminate unnecessary biopsies. Using individual patient data, including age, PSA level, free-to-total PSA ratio, prostate size, and results from a digital rectal exam, the ANN provides 95% sensitivity and 90% specificity to detect prostate cancer. These levels are significantly higher than other methods.

The Promise of Citrus Fruits
Finally, recent studies suggest that a nutrient obtained from the peel and pulp of citrus fruits can stop the progression of prostate cancer. The modified citrus pectin was found to cause prostate cells to take longer to produce PSA. When PSA production is slowed, tumor growth slows as well. 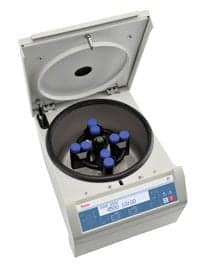 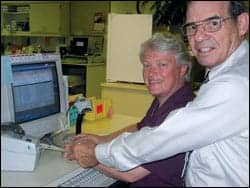