In an update to its 2016 guidelines, the ASCO panel identified MammaPrint as currently the only genomic test considered to inform treatment decisions for women with estrogen receptor-positive or progesterone receptor-positive, HER2-negative breast cancer with lymph node-negative, or one to three positive lymph nodes, who are at a high clinical risk of recurrence. For these patients, MammaPrint is now recommended by ASCO guidelines to inform decisions on withholding adjuvant systemic chemotherapy, due to its ability to identify patients with a good prognosis with limited chemotherapy benefit.

This is the first time that ASCO has recommended a genomic test to inform treatment decisions about withholding chemotherapy for lymph node-positive patients, for whom lymph node involvement often results in classification as being at high clinical risk and requiring chemotherapy. It is noted that such patients “should be informed that a benefit of chemotherapy cannot be excluded, particularly in patients with greater than one involved lymph node.”

“This is a significant update to the ASCO guideline and testament to the clinical utility of the MammaPrint test as demonstrated in the MINDACT trial,” says William Audeh, MD, MS, chief medical officer at Agendia. “MammaPrint is the only breast cancer genomic test that has been validated in a truly clinically high-risk (luminal B) cohort of patients, providing physicians and their patients with unique genomic information to help personalize how their treatment is managed.”

“Based on MINDACT, both ASCO and the St. Gallen panel have now endorsed this test for both lymph node-negative and lymph node-positive patients,” Audeh adds. “Indeed, each of the four guidelines [that] included a review of the published findings of this unique trial so far this year have added or expanded their recommendation of MammaPrint.”

“I am very pleased to see MammaPrint recommended by the updated ASCO guidelines,” says Mark R. Straley, CEO of Agendia. “This will enable a whole new group of lymph node-positive patients to benefit from genomic testing, and not have their complex treatment decisions based entirely on clinical factors alone.”

Ventana, Boehringer Ingelheim to Collaborate on Development of Companion Diagnostics for Oncology 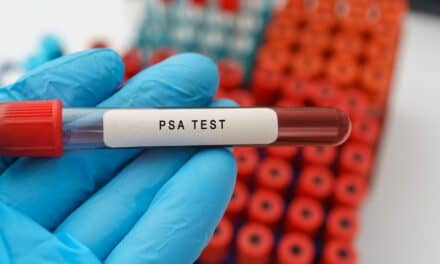 Should Men 75+ be Screened for Prostate Cancer?