Our national awareness of breast cancer, including early detection and prevention strategies, has achieved a level of mass consciousness. Breast self-exams and annual mammograms are part of our health care vernacular, and we’ve seen a groundswell of efforts, both public and private, to afford women better access to diagnostic and support services. Even when the news about breast cancer is controversial or contradictory, it is news, and it is being given the support of further research, an indicator that the importance of this disease has hit home. Ninety-nine percent of cases of breast cancer occur in women, and it has touched nearly everyone’s life through someone he or she knows.

The worries of coping with familial cases of breast cancer are vastly compounded for women who are closely affected through their mothers, grandmothers, and aunts: will I also suffer with this disease? Just 5 percent to 10 percent of breast cancer cases are thought to be inherited, but with the discovery of the BRCA1 and BRCA2 genes, a presymptomatic woman with an identified mutation may now be given the information that her lifetime risk of breast cancer is 55 percent to 85 percent, rather than the 12 percent risk in the general population. The risk of ovarian cancer increases as well, and is frightening in particular because the mortality rate is high and reliable methods for early detection are just now on the horizon.

Women may consider radical approaches to risk reduction: either prophylactic mastectomy or oopherectomy will drastically reduce but not eliminate the risk of breast cancer. In one study, for example, half of the women at risk of carrying a BRCA gene opted to be tested, and half of those who tested positive for the mutation chose the removal of both breasts. Another recently published study showed that women who remove their ovaries and fallopian tubes reduce subsequent breast and ovarian cancer risk by 75 percent.

Our options have got to be better than this, and they are improving with targeted diagnostics and therapies (see this month’s Disease Management, page 16). The more we learn about molecular pathways, the sooner we can turn the perils of genetics into the promise of a cure. 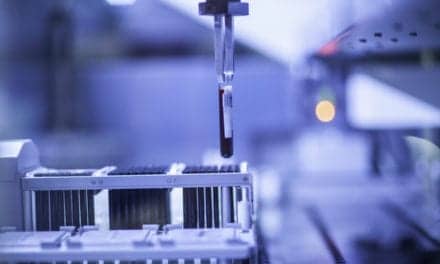