Scientists at deCODE genetics and academic colleagues from Europe and the US present in the journal Nature Genetics the discovery of common genetic risk factors for basal cell carcinoma (BCC) that affect people with fair and dark complexions alike.

deCODE had previously discovered five common single-letter variants in the sequence of the human genome (SNPs) linked to risk of BCC, the most common cancer in people of European descent. However, most of these earlier findings were also correlated with fair skin, well known to accompany vulnerability to the damaging effects of ultraviolet radiation in sunlight.

By contrast, three of the SNPs presented today do not correlate with light pigmentation, and may thus provide new insight into the underlying biological perturbations that lead to BCC independent of environmental exposure. One of these, in the keratin 5 (KRT5) gene on chromosome 12, leads to a subtle but potentially damaging alteration to the KRT5 protein, which supports the structural integrity of the skin.

Those with one copy of the variant are at more than 30% greater likelihood of developing BCC than those who do not carry the variant, while those who carry two copies are at more than 50% greater risk. Another of the SNPs is located on chromosome 9p21, the same region of the genome that deCODE has linked to increased risk of heart attack and others have linked to type 2 diabetes. deCODE used its population genetics resources in Iceland to demonstrate that a third risk variant, on chromosome 7q32, confers greater risk if inherited from the father than from the mother.

"It is important to find genetic causes of BCC that do not appear to be modulated directly by sensitivity to the sun. This may bring us closer to understanding the underlying biology of a very common form of cancer, and KRT5 in particular may point us to new pathways for developing new drugs or skin care products. We are also pleased to be able to fold these discoveries directly into our deCODEme™ scans.

For sun exposure is still the most important risk factor for BCC, and while people with fair skin are already aware of the need to protect themselves when they go outdoors, others with darker complexions may also be at higher risk of BCC than they think. This is also one of the first reports of a sequence variant conferring risk of a disease that is dependent on the parent of origin. With all of our findings over the past year, we believe we have found variants that play a role in most cases of BCC," said Kari Stefansson, CEO of deCODE.

The study also provided conclusive evidence that a previously identified SNP in the TERT-CLPTM1L region of chromosome 5 confers susceptibility to BCC but protects agains cutaneous melanoma. A previously known SNP in the SLC45A2 gene on chromosome 5 was confirmed to confer risk of squamous cell carcinoma as well as BCC. The study involved three stages. First, the SNPs with the best results from previous genome-wide scans of more than 300,000 SNPs were tested in large numbers of individuals with and without BCC. The first two phases included participants from Iceland, The Netherlands, Sweden, Germany, Italy, Hungary, Romania, and Slovakia. The SNPs on chromosomes 12, 9p21 and 7q32, as well as those on chromosome 5, were then tested and confirmed in participants from the United States and Spain.

In all, the study included genotypic data from some 45,000 people. deCODE and its collaborators would like to thank those who took part for making the work possible. Financial support for various portions of the work was provided by the US National Institutes of Health (grants T32E007155, R01CA082354, and R01CA57494), Radboud University Nijmegen Medical Center, the Netherlands, the National Bank of Austria, the Radiumhemmet Research Funds and the Swedish Cancer Society.

The Dollars and Sense of a Hosted LIS 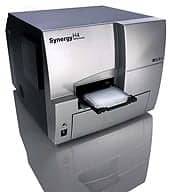 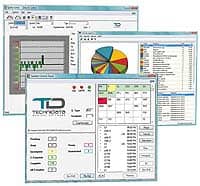