Widespread use of the fibrous silicate material asbestos may be on its way out, but concern about the diseases it causes has caught the eye of at least one test developer: Fujirebio Diagnostics Inc (FDI).

Asbestos has been used worldwide for decades because of its durability and heat-resistant properties, and its ability to bolster the flame resistance of many unstable materials. Thin and extremely small, asbestos—without adequate protection—easily passes through the body’s natural defenses against debris, reaching a person’s respiratory system and finally the lungs.
Once inside the lungs, asbestos fibers can collect in sensitive lung tissues. The result can range from asbestosis—a scarring of the lower lobes in both lungs—lung cancer, and mesothelioma, a condition in which fluid accumulates between the lining of the lung and the chest cavity.

Exposure doesn’t always result in serious disease, but according to sources at The Mesothelioma Center in Pittsburgh, between 2,000 and 3,000 cases of mesothelioma are diagnosed each year in the United States. The disease can remain latent for 50 years or more.

Asbestos Exposure
Outside the US, asbestos is still widely mined, processed, and used, but many countries have either banned or severely restricted its use. Suspicions about the substance’s hazards emerged in the US and Great Britain as early as 1935; 20 years later, scientists confirmed the link between exposure to asbestos and lung cancer. Today, an estimated 1.3 million employees in construction and general industry have had significant on-the-job asbestos exposure.

One common symptom of mesothelioma is a pleural effusion—the accumulation of fluid between the lining of the lung and the chest cavity. Early symptoms resemble those of pneumonia: shortness of breath, chest pain, and persistent cough. Occasionally, none of these symptoms is present.

The need for more accurate testing and diagnosis is driven not only by patient health concerns but also by more than two decades of litigation as lawyers across the country continue to mine a valuable vein of profits.

One interested group, the Environmental Working Group (EWG), claims on its Web site that the first comprehensive analysis of federal mortality records reveals more than 43,000 Americans have died from asbestos-related diseases in the last quarter-century. The yearly US death toll attributable to asbestos-related cancers and illnesses is more than from fires and drownings combined, according to the EWG. The group claims 30 million pounds of asbestos continue to be used in the manufacture of products every year. Asbestos can be found in aprons, asphalt, cables, ceiling tiles, cigarette filters, gaskets, ironing board covers, mittens, yarns, curtains, felt and gloves.

The Development of MESOMARK
The new Fujirebio blood test would be the latest tool for managing asbestos-related diseases and cancers. Researchers at the Pacific Northwest Research Institute (PNRI) in Seattle developed the blood test to detect mesothelioma.

PNRI has entered into an exclusive licensing agreement with Fujirebio Diagnostics Inc in which FDI will develop a commercial blood test for distribution and use worldwide. PNRI staff identified a group of molecular markers called soluble mesothelin-related (SMR) proteins, which are released into the bloodstream by mesothelioma cells. PNRI then developed an accurate test for detecting the distinctive markers.

Analyzing blood samples from 273 individuals, researchers discovered that 84% of patients with mesothelioma exhibited elevated SMR levels. Less than 2% of those with other forms of cancer or lung disease showed increased SMR levels; patients never exposed to asbestos showed no biomarker increase at all.

Researchers also found that SMR can be elevated in serum for several years before an actual diagnosis of mesothelioma can be made. This suggests its potential use for screening of asbestos-exposed individuals for early signs of mesothelioma.

According to Tumasz, mesothelioma is an extremely aggressive cancer for which there are no known reliable serum biomarkers. The disease, he says, is increasing in incidence throughout the world, and is largely resistant to most forms of treatment. It is estimated that during the last 50 years, more than 100 million people have been exposed to asbestos, and within this population approximately 10% are at risk for developing mesothelioma.

“While new exposures are considered to be limited due to new safety precautions and government regulations limiting the use and handling of asbestos, we believe the existing patient base worldwide is rather substantial,” Tumasz says. “As a result of the long latency period and extensive time frame for the cancer to develop, patients at risk are looking for a more effective test.”

Tumasz says FDI developed MESOMARK because the company believes the timing is right for the introduction of a new test to help physicians and patients better manage mesothelioma.

An estimated 10,000 new cases of mesothelioma are diagnosed in industrialized countries each year. Most often, patients range in age from 50 to 70; the average survival period after diagnosis is about one year. There is a strong correlation and increased risk factor between asbestos exposure and mesothelioma, and patients with asbestosis are at a higher risk for developing mesothelioma.

According to Tumasz, the introduction of MESOMARK—a manual enzyme-linked immunosorbent assay (ELISA) for managing mesothelioma—could not have been more timely. Public awareness of asbestos-related cancers and concern about the legal issues surrounding mesothelioma, he points out, are at a very high level.

To date, there are no serum-based diagnostic tests available for mesothelioma; radiological (chest x-rays/CT scans) and histochemical methods are the only accepted techniques for monitoring and diagnosing the disease, and the sensitivities for each of these tests is poor. Tumasz says there is clearly an unmet clinical need for the development and commercialization of a simple, noninvasive blood test for mesothelioma that is not as complicated or expensive as current methods. MESOMARK provides this solution, he says.

The link between FDI and the Pacific Northwest Research Institute has developed over years, Tumasz says. “We have worked with PNRI researchers on a number of applications, including MESOMARK, where PNRI has assisted in the validation of FDI’s tumor assays.”

Clinical testing for MESOMARK is expected to support an FDA 510k submission in the US during the first quarter of 2005. “In addition, we expect that our clinical studies will support the worldwide launch of MESOMARK, except in Japan, where a separate development program will be required,” Tumasz says.

Under its exclusive license to develop a commercial test worthy of worldwide distribution, FDI designed MESOMARK to be a manual ELISA test complete with all standards and controls in a single kit. Because the new mesothelioma blood test will share characteristics of other ELISAs, certified and trained lab professionals will find the MESOMARK test easy to use, according to Tumasz.

“FDI’s mesothelioma assay has been developed as a two-step immunoassay used to quantitate the presence of mesothelin in human serum using a standard ELISA microplate sandwich assay format,” Tumasz says.
MESOMARK further demonstrates FDI’s commitment to meeting the industry’s need for new, innovative, and noninvasive technologies, and represents the first product to be launched under the FDI label since its acquisition from Centocor, Tumasz says. 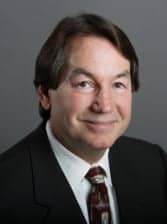 AACC Announces Results of 2010 Board of Directors Elections