The Scantibodies Approach
Looking back, Tom Cantor seemed destined for a career in medicine. His father and several uncles were physicians, and Cantor spent his youth around hospitals.

In fact, it was at the VA Hospital in San Diego 30 years ago that Cantor, a biochemist, discovered his life’s calling—and more.

Today, SCL provides both the more accurate third-generation 1-84 or whole PTH assay value and the 7-84 PTH inhibitor value. This Scantibodies PTH Accuratio™—“1-84 PTH/7-84 PTH ratio”—is a critical step forward in detecting adynamic bone disease: a serious condition that can begin even before a patient with kidney disease begins dialysis, according to Cantor, SCL’s president and CEO.

Cantor says his lab takes a different approach to testing than most labs. Specimen integrity is emphasized; transport containers monitor specimen temperatures every 2 minutes. SCL runs all its PTH tests in at least duplicate determinations. This practice ensures precise analysis on each specimen. PTH values are reported as the mean of replicate values. According to Cantor, most labs rely on automated platforms that generate PTH values in 15 to 30 minutes, then stop the reaction while the binding of the PTH antibodies to PTH are still in the kinetic state. Such kinetic-state assays are subject to errors because of variations in timing of reagent addition, mixing efficiency, incubation times, and temperature control.

“We jealously guard the quality of our testing,” Cantor says. “We could make more money from the PTH testing side if we compromised our practices, but we don’t want to.” Beyond PTH testing, SCL has developed a collection of more than 1,500 products effective for aiding in the accurate detection of cancer, metabolic disorders, and infectious diseases.

Cantor has controversial views about the way the US health care system deals with CKD patients. “Profit-driven” is how he describes the way the system deals with CKD patients in Stages 3 and above. A student of treatment regimens in Asia and Europe, Cantor serves on a Medicare federal advisory board that is evaluating bundled service needs for kidney-disease patients outlined in the 2003 Medicare reforms.

“The ESRD mortality rate in the United States is 23.6%,” Cantor says. “Compare that to a 9.7% rate in Japan and 10% in Germany and most of Europe. It means that in Germany, France, and Japan, an ESRD patient will live two and a half times longer than the same patient in America.”

The differences in how dialysis is administered are stark, he says. “In France, for example, a patient cannot undergo dialysis without a nephrologist present in the clinic. Here in the United States, a nephrologist is present in most clinics maybe 10% of the time.”

Cost is another consideration. Dialysis facilities outside the United States are typically publicly owned; they receive no incentive from pharmaceutical suppliers based on the amounts of pharmaceuticals they give patients. In the United States, dialysis clinics have received significant funding in the form of rebates on the pharmaceuticals they administer, according to Cantor. In France, dialysis patients get assigned into a dialysis chair for a flat 6 hours, ensuring that the patient receives the proper 4 hours of treatment. In the United States, multiple patients (as many as four) can be treated within a day using the same chair. This increases the profitability for the clinic, Cantor says.

Of special concern to Cantor is the disproportionate impact renal diseases have on African Americans. Blacks in the United States are three times more likely to require dialysis as a result of kidney disease than Whites. While Blacks account for about 12% of the US population, they comprise about 30% of patients with ESRD. Research has found that Blacks have higher PTH levels compared to Whites with the same disease. For example, an African American with adynamic bone disease has three times the level of PTH as a white person with adynamic bone disease. This predisposes black patients to disproportionate overuse of IV vitamin D analogs and parathyroidectomies. Cantor says his Accuratio has solved such problems for African American ESRD patients.

Preventive Health Care is Key
Richard Roman, PhD, is the director of the Kidney Disease Center and professor of Physiology and Medicine at the Medical College of Wisconsin in Milwaukee. He has written more than 250 articles on related studies and has served on numerous National Institutes of Health study sections.

In August 2005, Roman and fellow researchers received a $4 million, 10-year MERIT grant from the National Heart, Lung, and Blood Institute for their work on advancing treatment of diabetics and hypertension-induced kidney disease. Their work on novel compounds during the past 5 years has generated several patents and gained widening commercial interest.

However, the lack of widespread preventive health care, especially in economically disadvantaged populations, leads to a high incidence of patients with hypertension and diabetes who are not properly diagnosed or treated.

“These patients are the ones that must be identified and treated to prevent renal disease,” Roman says. “Also, the cost of medication for these patients leads to low compliance and contributes to further progression of the disease.”

According to Roman, as a rule, these patients have not been referred to nephrologists until there is significant renal injury. In the past, it was generally believed that late-stage chronic renal disease was essentially irreversible and progressive.

“New preclinical research in animal models over the last 3 to 5 years has indicated that that perception is incorrect. Aggressive treatment of animal models with various forms of glomerulosclerosis and renal interstitial fibrosis induced by diabetes, hypertension reductions in renal mass, and more have indicated that aggressive therapy with inhibitors of the renin angiotensin system, PPARalpha agonists, inhibitors of metalloproteases, and the TGF beta pathways, or treatment with bone morphogenetic protein, has the potential to reverse renal fibrosis of glomerular injury,” Roman says. Drug development in these areas and the translation of these promising results to the clinic has the potential to revolutionize the practice of nephrology and reduce the reliance on dialysis.

Roman says the $4 million MERIT grant is being used to evaluate the role of eicosanoids in mediating the effects of TGF beta to increase proteinuria and renal injury in hypertension and diabetes.

“We have developed a number of inhibitors of the synthesis of 20-HETE as well as competitive inhibitors of the action of 20-HETE that appear to be protective in a variety of renal diseases,” he says. “They also have been shown to be effective in preventing vasospasm and ischemic injury to the brain and heart.”

There is interest in these compounds for drug development. One compound is in development for ischemic and hemmorrhagic stroke, and some of the others are being evaluated for further development for the treatment of proteinuria and ischemic renal injury.

Roman says that at this point, you cannot remove treatment for the dialysis patients, because the alternative is death. This is a looming financial problem that will break the health care system and must be quickly addressed. The answer, Roman says, is to invest in research on new drug therapies with the potential to not only slow the progression but to reverse renal disease.

“Given that health care costs to the government for chronic renal disease will move from $15 billion to $25 billion in the coming years, it seems that investing 10% to 20% of that annual cost for research to prevent chronic renal disease is prudent,” Roman says. “This would represent a very sizable increase in the NIH budget for kidney-disease research.”

Another concern: With the size of the Type II diabetic population and current worldwide trends, it seems very logical for pharmaceutical companies to invest now in diabetic nephropathy prevention and treatment programs.

“A Lot to Learn”
Nephrologist Paul Bolin, MD, serves on the faculty of Brody School of Medicine at East Carolina University (Greenville, NC). He sees a number of factors contributing to the increase in kidney disease cases in the United States. These include the rise in obesity/DM, the aging of the population, and the higher survival rates for cardiovascular disease, which allow patients to live long enough to develop renal disease. “Our present understanding and use of testing is not adequate to manage the link between chronic kidney disease, vitamin D/PTH, and cardiovascular disease,” Bolin says.

Serum creatinine remains the standard assay for diagnosing early-stage kidney disease. Estimated GFR has greatly helped, while Proteinuria is still underutilized, Bolin says. For the near future, the kidney biopsy will remain the gold standard, he says.

“We have a lot to learn regarding the link between Ca/PO4 metabolism in CKD and cardiovascular disease,” Bolin says. He believes patient populations would benefit more from the broad application of present technology than from newer technology.

“The two biggest issues I face as a clinician are screening or access to care and compliance,” he says. “If we could require a blood-pressure check and urinalysis to obtain a driver’s license, and incentivize patients to follow lifestyle changes, we could benefit the most,” he says. 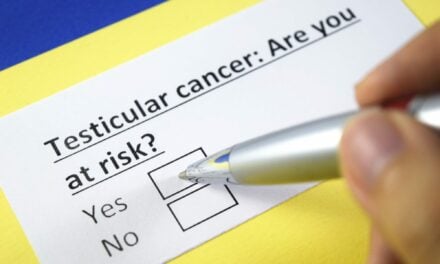