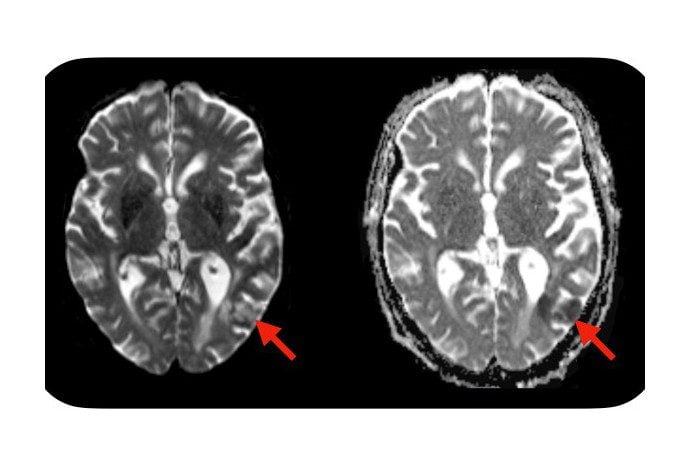 Cell-based immunotherapy called CAR-T cell therapy has revolutionized the treatment of several cancers. The treatment uses genetically modified T cells to target and attack certain types of leukemia and lymphoma. While it can eliminate cancer in some patients who would otherwise succumb to the disease, it also comes with the risk of a range of side effects, some of which affect brain function and can be life-threatening.

A new study from Washington University School of Medicine in St. Louis suggests a simple blood test—administered before CAR-T cell treatment is initiated—may identify which patients are predisposed to developing neurotoxic side effects in the days and weeks after CAR-T cell therapy. Analyzing blood samples from patients before, during, and after CAR-T cell therapy, the researchers found that levels of a protein called neurofilament light chain (NfL) are higher in patients who go on to develop neurotoxic complications. High levels of the protein are present even before therapy begins, and those levels remain elevated throughout treatment and up to a month afterward.

The research, published in the journal JAMA Oncology, could help doctors anticipate these life-threatening side effects and allow them to begin giving treatments that can reduce the neurotoxic effects early during a patient’s treatment. It also opens the door to developing ways to prevent the side effects or reduce their risk before CAR-T cell therapy begins.

“Our study suggests that some patients receiving CAR-T cell therapy have previously undetected damage to neurons present at baseline, before we even begin preparing them for this treatment,” says lead author Omar H. Butt, MD, PhD, an instructor in medicine who treats patients at Siteman Cancer Center at Barnes-Jewish Hospital and Washington University School of Medicine. “We don’t know the origin of this damage, but it appears to predispose them to developing neurotoxic complications. If we understand who is at risk of these complications, we can take early steps to prevent it or reduce the severity.”

A general marker of damage to neurons, the NfL protein has been used to measure or monitor the severity of several neurologic diseases, including Alzheimer’s disease and multiple sclerosis.

“Measures of NfL in the blood are being used as a way to evaluate the effectiveness of potential new therapies for multiple sclerosis,” says co-senior author Beau M. Ances, MD, PhD, the Daniel J. Brennan Professor of Neurology. “We plan to continue our studies to find the origin of neuronal damage in these cancer patients. This is a unique collaboration that was possible at Washington University because we have some of the top experts in CAR-T cell therapy and leading expertise in neurodegenerative diseases. It presents a great opportunity to bridge gaps and bring these fields together to try to solve a vexing problem and help patients.”

The baseline levels of NfL could distinguish patients who did not develop neurotoxic side effects from those who developed any degree of such side effects. The researchers plan to continue analyzing data from more patients to see if a larger sample size will allow them to identify patients at risk of mild, moderate, or severe complications.

The complications vary widely across individuals, and can include anything from difficulty concentrating, memory problems, confusion, difficulty reading, and headaches to seizures, strokes and brain swelling. Doctors manage these complications mainly with high-dose steroids and sometimes with immune modulating treatments that attempt to reduce inflammation. It is extremely helpful to know who is at risk of the most dangerous side effects since these therapies can, unfortunately, blunt the anti-cancer effect of the CAR-T cells, and doctors would prefer to avoid using them whenever possible.

Another mystery is that the elevated NfL levels are present beforehand and remain mostly stable even as some patients develop and then recover from neurotoxic side effects. This suggests that NfL levels indicate something is wrong but don’t reflect whatever is taking place to cause the patients’ complications.

“We’re just seeing the tip of the iceberg in terms of the actual disease process, and that’s where many of our future studies are going,” Butt says. “We’re trying to get a better sense of what is causing these changes to begin with. And in later stages, even after symptoms have resolved, we still see these elevated NfL levels.”

Co-senior author Armin Ghobadi, MD, an associate professor of medicine and clinical director of the Center for Gene and Cellular Immunotherapy at Washington University School of Medicine and Siteman Cancer Center, added: “We have a study ongoing at Siteman to see if, in fact, these patients continue to have subtle symptoms in terms of cognitive changes or deficits that persist long term.” 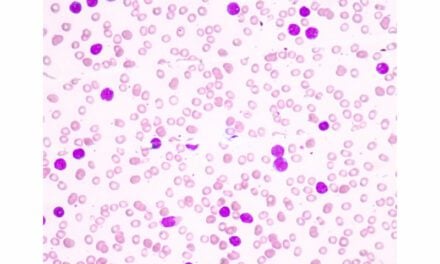 Researchers Discover Cells That Can Transform into Leukemia