NASH Diagnostics on the Horizon 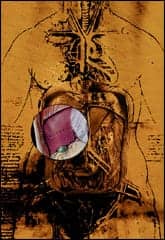 Companies look to fill the holes in liver diagnostics, particularly NASH, a condition on the rise.

There are obvious epidemics in this country, visible in the physical world and the media, such as obesity, diabetes, heart disease, and sexually transmitted diseases (particularly in teenagers, as one recently published study has indicated). These conditions tend to receive a lot of attention and research money, and the public—even if its numbers do not diet, eat healthy, exercise, or engage in safe sex practices—is at least aware that these conditions exist and should not go untreated. Yet there are also silent epidemics, diseases, and conditions that do not obtain a lot of press and do not present many symptoms (at least initially) but have the potential to create a host of health problems that can eventually lead to death. Meet nonalcoholic fatty liver disease (NAFLD) and its counterpart, nonalcoholic steatohepatitis (NASH).

According to Melissa Palmer, MD, author of Dr Melissa Palmer’s Guide to Hepatitis & Liver Disease, NAFLD is the most common liver disease in the United States.1 NAFLD is characterized by fatty deposits in the liver and is generally considered benign. However, those fatty deposits have the potential to cause inflammation and damage leading to NASH, which can result in fibrosis, cirrhosis, liver cancer, and/or liver failure.

The National Digestive Diseases Information Clearinghouse (NDDIC) of the National Institutes of Health (NIH) estimates that 10% to 20% of Americans have fat in the liver and that 2% to 5% of the population has progressed to NASH.2 “That’s about 6 million to 15 million people in the US estimated to have NASH,” says Denice Taylor, marketing manager and product manager for the Hyaluronic Acid (HA) test at Corgenix Medical Corp in Denver.

Although research is ongoing, NAFLD and NASH are thought to be associated with obesity, insulin resistance, and diabetes; and as more Americans gain weight, suffer diabetes, and live sedentary lifestyles, there may be a subsequent rise in the incidence of these liver conditions. Unfortunately, persons with either NAFLD or NASH are often asymptomatic, leaving the conditions to go undiagnosed until they have progressed to a serious stage, such as advanced cirrhosis and liver failure. This progression can take years.

Even more unfortunately, the medical arsenal for dealing with these conditions is fairly empty. There have been few reliable diagnostics, and there are no treatments. Most efforts focus on halting further progression or damage rather than reversal.

Typically, the first indications of a problem are evidenced by high levels of liver enzymes, particularly alanine aminotransferase (ALT) and/or aspartate aminotransferase (AST). These tests are often run as part of standard physicals or blood work-ups, but may not be followed up if patient history does not indicate a potential problem. Further tests may include imaging exams that can confirm fat in the liver but cannot differentiate among the various types of liver disease, such as NAFLD versus NASH.

Currently, the gold standard for a NASH diagnosis in the United States is the liver biopsy, an invasive, painful, and risky procedure that does not guarantee an accurate result. “Liver biopsy is the gold standard but is an imperfect tool for a couple of different reasons, not the least being that it is invasive. It is prone to minor to severe complications—minor being pain and major being death. About 1 percent experience a serious complication, so it is not a trivial event,” says John Sninsky, PhD, vice president of discovery and research for Celera, Rockville, Md.

Berwyn Clarke, chief scientific officer of Lab21 Ltd in Cambridge, UK, has seen specimen slides where the liver looks cirrhotic on one section and perfectly healthy on another. “The assessment of a liver biopsy becomes purely subjective,” Clarke says.

Subsequently, there is a large potential market for accurate noninvasive liver diagnostics, and companies have turned their research and development teams toward this end. The tests are promising but challenged to not only diagnose and differentiate disease but also to distinguish among the various stages of fibrosis, a more difficult task at intermediate levels than at the extremes.

“Insufficient diagnostic accuracy for moderate levels of fibrosis is problematic because we would like to catch disease earlier in order to prevent disease rather than treat it,” Sninsky says.

Celera recently announced a collaboration with Geisinger Health System, Danville, Pa, on a diagnostic assay for the increased risk of NASH. “Our test aims to identify susceptibility to NASH rather than ongoing disease to provide the opportunity for patient management,” Sninsky says. The diagnostic will complement existing modalities, targeting DNA rather than direct imaging views or serum markers. Test media would likely include cheek smears or blood samples.

The test will take advantage of the work Celera has published over the last 3 years on the discovery of a series of gene variants that put chronically infected HCV patients at risk for fibrosis. “It looks like there is a common mechanism for insulting the liver whether a virus or fatty condition,” Sninsky says.

Preliminary research completed with the University of California, San Francisco, looks promising but is tied to a small sample size. The collaboration with Geisinger will expand that sample set. Geisinger holds in its biorepository more than 600 liver tissue and blood case-control samples donated by patients who have undergone bariatric weight loss surgery.

“Given what is happening in terms of obesity in the US, there are a large number of people impacted and everyone is anxious to begin focusing in a personalized way on efforts to slow or stop the progression toward more serious consequences and liver damage,” Sninsky says.

Taylor agrees that the challenge lies in identifying which patients with NAFLD will progress to NASH. She notes that liver biopsies are not adequate for monitoring progression. “You can’t monitor progression with liver biopsies. You don’t do a repeat liver biopsy 3 or 5 years down the road because there is not a cure or any specific therapy other than weight loss,” Taylor says.

Corgenix has entered into a cooperative research and development agreement with the NIH’s National Institute of Diabetes and Digestive and Kidney Diseases (NIDDK) on a predictive model for liver fibrosis in NASH patients using the Corgenix HA test kit alone and in combination with other liver fibrosis markers.

Research on chronic liver disease, such as hepatitis C and B, has shown HA levels correlate with the degree of fibrosis, particularly at advanced stages. “Preliminary data indicates that HA levels are related to the amount of fibrosis in the liver. While HA looks like the most effective single serum marker, a panel of markers can improve the diagnostic value,” Taylor says.

The test is likely to be helpful in determining who should be referred for further diagnostics, such as liver biopsy. “With 60 million people in the United States with NAFLD, who do you biopsy? Elevated HA could suggest those people who have a more severe form of the disease, which can then be confirmed with liver biopsy,” Taylor says.

Up until now, most research has focused on hepatitis C. The Corgenix-NIDDK collaboration will focus on developing a single marker or panel of markers that can help to identify and predict fibrosis in patients with NASH. The Corgenix HA test has not been cleared by the FDA for in vitro diagnostic use in the United States but is CE-marked for sale in the European Union.

A test that is in use in both Europe and the United States has been developed by BioPredictive, a company specializing in the development of liver diagnostics with world headquarters in Paris and a US office in Livingston, NH. FibroMax (as it is known in Europe) and FibroSure (as it is called in the United States) is a noninvasive diagnostic solution based on an algorithm that incorporates patient demographics and specific blood biomarkers.

Patient information includes gender, age, weight, and height. The 10 biomarkers are alpha-2 macroglobulin, haptoglobin, apolipoprotein A1, bilirubin, ALT, AST, gamma-glutamyl transpeptidase (GGT), fasting glucose, triglycerides, and total cholesterol. “Some of these markers increase with liver disease and others decrease, so they are not simple parameters,” Clarke says.

Clarke estimates there are roughly 50 to 100 published clinical studies illustrating the effectiveness of the test. One such study led by Thierry Poynard, MD, PhD, focused on the effectiveness of the NashTest alone and found that the diagnostic is a “simple and noninvasive biomarker [that] reliably predicts the presence or absence of NASH in patients with NAFLD.”3 Ratzui et al conclude in their 2007 published study that these “biomarkers could be useful for screening of advanced fibrosis and NASH in patients with several metabolic syndrome factors, to prevent liver mortality.”4

Even if a patient with NASH is not in immediate danger of liver failure, he or she does have a higher risk of progressing to cirrhosis and developing hepatocellular carcinoma (HCC) than patients without liver conditions. Similar to NASH, HCC can be asymptomatic and diagnostics have also been limited, but new methods are always in development.

“DCP is an abnormal form of prothrombin produced by liver cancer cells and secreted into the blood,” says Sang Jeong, Wako product marketing manager. A company press release notes that DCP has been demonstrated to differentiate early-stage HCC from cirrhosis with high sensitivity (up to 92%) and specificity (up to 93%).5

To stay current on liver diagnostics, bookmark our website.

Wako’s test uses a reagent that includes a monoclonal antibody to isolate DCP and detect by fluorescence. The DCP test can be completed with the company’s AFP-L3% to identify a greater number of patients at risk of developing HCC. “Not all liver cancer cells produce both markers, so you are able to pick up more HCC patients by combining the two,” Jeong says.

The company cites studies that show running AFP, AFP-L3%, and DCP in combination increase sensitivity up to 88% while maintaining high specificity up to 91% for the detection of HCC.5 The test is indicated for use in patients with a high risk of liver cancer, such as those with chronic hepatitis B or cirrhosis. Wako is beginning research into whether the same use may be appropriate for patients with NASH.

As companies complete their research and bring more tests to market, more options for diagnosing NAFLD will present themselves, helping patients to avoid not only HCC but also NASH and perhaps reverse the epidemic.

RENEE DIIULIO IS A CONTRIBUTING WRITER FOR CLP.

Rosetta Genomics Receives Notice of Allowance for US Patent 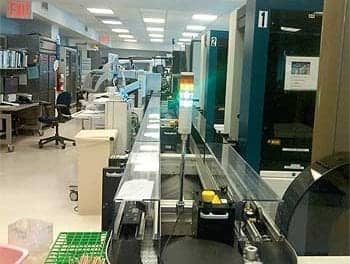 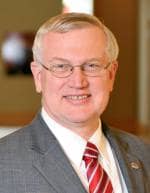