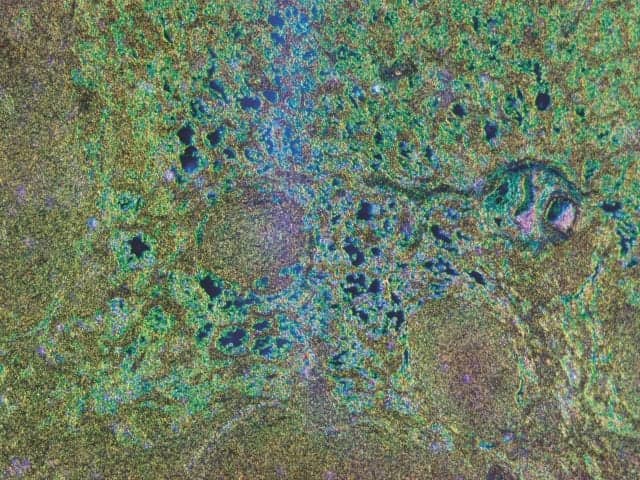 Revolutionary changes are advancing the practice of pathology

As we look to the future, many drivers are changing the pathology and laboratory medicine landscape. Workforce pressures, with the projected shortages of trained pathologists and other laboratory professionals, bring a focus on increased productivity. The use of pathologist assistants (PAs) is becoming increasingly common.

Technology is also undergoing significant changes. Digital microscopy and telepathology will provide the capability to review slides remotely. Mass spectrometry is increasingly being used in microbiology laboratories as well as in clinical chemistry and toxicology labs. And molecular diagnostics and next-generation sequencing (NGS) are rapidly finding their way into laboratory medicine and pathology. As might be expected, finding ways for Medicare and other payors to reimburse labs for the use of such advanced technologies—including molecular and genetic testing—remains a hot topic.1

Topping the list of pathology trends for Erik Ranheim, MD, PhD, vice chair of education and director of the residency program in the department of pathology and laboratory medicine at the University of Wisconsin School of Medicine and Public Health, is digital imaging for microscopy of tissue sections. Throughout Wisconsin, says Ranheim, many small hospitals may not have a pathologist on-site to read frozen tissue sections. This situation is expected to become more common, with the number of pathologists projected to decrease by 3,600 full-time equivalents by the year 2030.

But digital pathology holds great promise for overcoming such challenges, says Ranheim. He describes the situation of a surgeon in a small hospital in the remote city of Watertown, Wis, excising a tumor and needing to have it biopsied immediately. Utilizing a PA at the remote facility, a frozen section can be prepared, digitally scanned, and electronically transmitted to a pathologist in Madison. According to Ranheim, the new technology makes it possible for a pathologist sitting in Hawaii to review a histology slide from a patient in Boston. It has endless possibilities for conferencing, peer review, and training.

A certified hematopathologist, Ranheim is recognized as an expert in lymphoma pathology, and is a reviewer for lymphoma studies by the Eastern Cooperative Oncology Group. Although he believes that older pathologists are not leaving the workforce in the numbers originally projected, he notes that there are many variables influencing the predicted shortages of pathology staff. Significant reductions in Pap smear requests have been observed at UW Health, as well as at other medical facilities. Nevertheless, with the nation’s aging population, Ranheim says, there will be increased numbers of cancer diagnoses with a corresponding increase in biopsies. 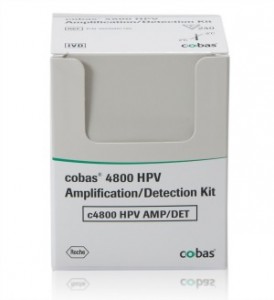 The development of a vaccine against human papillomavirus (HPV) has made it possible to imagine the prevention of at least some forms of cervical cancer. A recent position paper published in Cancer Cytopathology affirms the 2012 screening guidelines endorsed by the American Cancer Society, the American Society for Colposcopy and Cervical Pathology, and the American Society for Clinical Pathology.2 The guidelines state that combined cervical cytology and HPV testing is now the preferred strategy for women aged 30 years and older.

But the availability of DNA assays for HPV may also be changing screening practices for cervical cancer. In April, FDA issued an announcement of the first HPV DNA test to gain agency approval for primary cervical cancer screening in women aged 25 and over.3 The Cobas HPV test from Roche Diagnostics Corp, Indianapolis, detects DNA from 14 high-risk HPV types.

Major advances in technology related to molecular diagnostics are forthcoming. There will be rapid growth in molecular testing in ways that will complement existing tests and will replace others. The three broad areas of change will be infectious disease, genetics, and pathology. All aspects of pathology will be affected: surgical pathology, cytopathology, and hematopathology. Molecular techniques will extend the range of tests performed on pathology specimens much as immuno-peroxidase staining has in recent years.

Many advances are taking place in molecular pathology, says Ranheim. Immunohistology is undergoing a major transformation as a result of recent advances in NGS. Predictive tests are being developed based on the ability to determine the molecular and/or metabolic properties of tissue so as to “customize or personalize” therapy. Clinicians will have access to information that can streamline therapy protocols specific to the patient and to the type of tumor present. Targeted chemotherapy can result in using fewer but more specific agents in a treatment regimen, resulting in fewer side effects for the patient, more efficient treatment, and lower costs. Such testing can also provide prognostic information.

Ranheim offers two examples of significant clinical advances now emerging as a result of the penetration of NGS systems into clinical applications. Comprehensive genomic profiling of combined small-cell lung carcinoma samples by NGS could identify, in a single diagnostic test, genome-derived drug therapy targets for patients diagnosed with this aggressive malignancy.4 Inherited arrhythmogenic disorders are a relatively common cause of sudden cardiac death in young people. Diagnosis has previously been difficult because of the genetic heterogeneity of the disease. NGS is offering a new scenario for diagnosis.5

Insight Genetics is a molecular diagnostics company based in Nashville, Tenn, focused on advancing precision medicine in cancer care. The company is designing real-time PCR-based NGS assays designed to improve the diagnosis, monitoring, and treatment of cancer, and earlier this year it launched Insight Molecular Labs, its CLIA-certified laboratory. 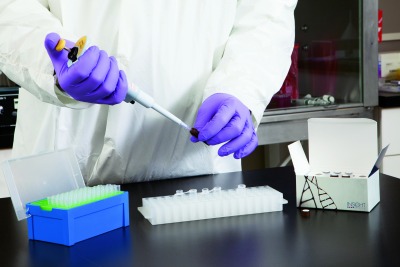 Insight Molecular Labs offers diagnostic tests that identify specific cancer biomarkers, and provides clinical trial support services for targeted therapeutics by assisting in the identification of appropriate patients for trials. The lab specializes in the detection and monitoring of drug resistance in patients being treated with specific cancer therapies. It assists physicians in selecting the appropriate course of treatment for a patient. It also helps monitor the effectiveness of the selected therapy on an ongoing basis, and can alert clinicians when a patient develops resistance mutations that render a therapy ineffective.

According to Rachel Skelton, PhD, regulatory scientist at Insight Genetics, the company is also validating assays across various platforms to ensure the accuracy, precision, analytical sensitivity and specificity, and reportable range for PCR NGS assays performed on “liquid biopsies.” Minimally invasive liquid biopsies of tumor cells and tumor DNA from the bloodstream can enable earlier primary and secondary diagnosis compared to solid tumor biopsies. The technique has the additional potential for detection of metastasis as well as for real-time monitoring of treatment effectiveness.

While much of the early excitement for NGS assays is in the realm of oncology, it is reasonable to assume that such technologies will evolve into many other areas, such as autoimmune disease and neurological disease. Such assays will likely be developed at research and academic institutions, but they may ultimately migrate to larger community facilities. In either regard, they will improve outcomes in areas that have heretofore been intractable.

However, questions still need to be answered regarding the interpretation of data generated by NGS assays. Who will do the interpretation? Will it be the clinician, the pathologist, or a team of medical professionals?

Infectious disease testing is also being impacted by molecular testing, permitting faster identification of pathogens and their susceptibility to particular drugs. Such tests may be performed on primary samples directly or on cultured isolates. Most applications to date have been in virology, sexually transmitted diseases, and mycobacteriology. 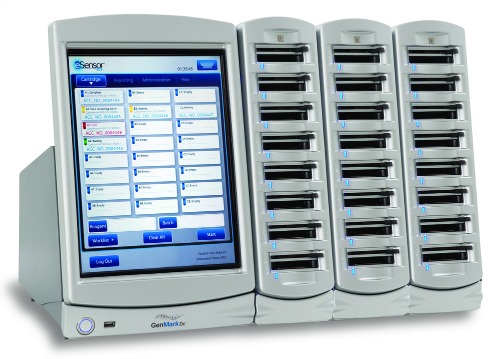 The GenMark Diagnostics eSensor XT-8 is the instrument platform for the company’s multiplex respiratory viral panel, which includes respiratory syncytial virus A and B.

For respiratory infections, says Burd, labs find the use of the multiplex assays developed by GenMark Diagnostics, Carlsbad, Calif, a time-saving convenience. The company’s respiratory viral panel includes respiratory syncytial virus (RSV) A and B. Kurt Reed, MD, professor, clinical vice chair, and director of microbiology in the department of pathology and laboratory medicine at the University of Wisconsin School of Medicine and Public Health, is also using the GenMark multiplex PCR assay for respiratory viruses. Reports of its viability, he notes, have been published.6,7

Running on the GeneXpert platform by Cepheid, the Xpert EV assay for the detection of enteroviral meningitis is a real-time PCR assay that produces results in about 2.5 hours.

A third example is the Xpert EV assay for the detection of enteroviral meningitis, a real-time PCR assay that produces results in about 2.5 hours. The assay runs on the GeneXpert analyzer by Cepheid, Sunnyvale, Calif. Because of its relatively quick turnaround time, says Burd, the Xpert EV technology is employed to provide rapid results to the emergency department in her facility.

Adding to the parade of innovative technologies, Reed described the direct detection of microbial DNA from tissues using real-time PCR assays. Such assays permit the rapid identification of bacteria directly from tissue samples in as little as 4 to 6 hours. The assays also make it possible to identify bacterial DNA from additional organisms that might not be revealed by quantitative or qualitative cultures.

While recent advances in molecular testing have been dramatic, a major stumbling block to providing such tests is the way that Medicare reimburses—or in many instances, declines to reimburse—for the tests. Planned reductions in the pay rates for molecular diagnostics are currently on hold, pending implementation of the Protecting Access to Medicare Act of 2014. But no one expects that implementation of the new legislation will result in net pay increases for such tests.

Meanwhile, as the experiences of Burd and Reed have suggested, advanced technologies used in laboratory testing can often translate into significant savings for the overall costs of a patient’s care. It would be a shame if lack of appropriate reimbursement were to inhibit the proper utilization of such valuable testing.

Once thought to be the domain of the toxicologist, mass spectrometry has been making significant inroads into the microbiology laboratory. For more than 100 years, microbes were characterized by their biochemical properties. Mass spectroscopy is increasingly being used for the identification of bacteria, mycobacteria, and fungi.

In August 2013, the Vitek MS instrument by bioMérieux became the first mass spectrometer to receive FDA clearance for diagnostic applications.

Both Burd and Reed have employed matrix-assisted laser desorption ionization time-of-flight (MALDI-TOF) mass spectroscopy in their facilities. Burd reports that in her facility, using mass spec has reduced turnaround time for the identification of bacteria by 24 hours. Reed says that the technology has revolutionized the practice of microbiology in clinical laboratories, and notes that his facility developed custom databases for more than 500 MALDI-TOF isolates with 99% correlation to existing methods.

Compared to traditional identification methods, says Burd, MALDI-TOF has reduced costs for reagents and technical time, saving $150,000 annually at Emory. At the University of Wisconsin Hospital and Clinics, Reed reports length-of-stay reductions of 24 to 48 hours, resulting in significant savings to his healthcare facility—typically, $18,000 to $20,000 per patient. 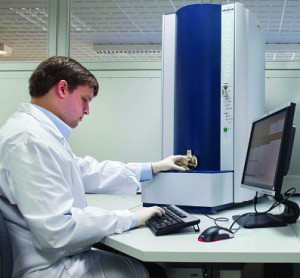 MALDI-TOF mass spectroscopy is increasingly being used to identify pathogenic bacteria,
mycobacteria, and fungi. Above, the MALDI Biotyper CA system by Bruker, which received FDA clearance in November 2013.

This innovative strategy has ramifications for other areas of patient care. Just as database matching has advanced the accuracy of drug testing, the use of computerized databases has contributed to faster identification of bacteria.

5. Brion M, Blanco-Verea A, Sobrino B, et al. Next generation sequencing challenges in the analysis of cardiac sudden death due to arrhythmogenic disorders. Electrophoresis. epub ahead of print (30 June 2014); doi: 10.1002/elps.201400148. 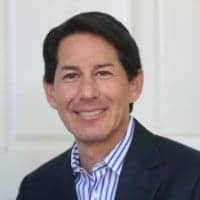 Pathwork Tissue of Origin Test to be Used in China 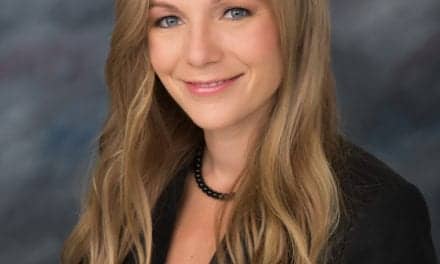