Pathwork Diagnostics Inc announced results of a study that indicated that TTF-1, a commonly used cell-staining tumor pathology test, does not correctly identify half of non-small cell lung carcinoma (NSCLC) cases in patients that present with metastatic or poorly differentiated cancer. The study will be presented at the upcoming 2012 American Society of Clinical Oncology (ASCO) Annual Meeting in Chicago (June 1-5). A second study consists of a clinical validation of Pathwork’s Tissue of Origin Endometrial Test, while a third study examined the strength of the Tissue of Origin prediction and the subsequent prognosis of tested patients.

The Pathwork® Tissue of Origin Test is the only FDA-cleared, Medicare-covered molecular diagnostic for identifying tissue of origin. It uses a tumor’s own genomic information to help pathologists and oncologists diagnose challenging cancer cases such as those that are metastatic or that have a complex clinical history.

In a second study to be presented as a poster at ASCO 2012, a clinical validation of the Tissue of Origin Endometrial Test was conducted via a blinded study using a pre-specified algorithm and microarray data files for 75 metastatic, poorly differentiated or undifferentiated primary FFPE tumor specimens that had either a known clinical diagnosis of ovarian or endometrial cancer and belonged to one of the 14 ovarian and endometrial WHO histologic subtypes on the test panel. The Endometrial Test accurately identified the primary site for 94.7% of ovarian and endometrial cancers. Reproducibility in test results between three laboratories had a concordance of 94.3%.

In a third study presented as a poster at ASCO 2012, the relationship between the strength of the Tissue of Origin prediction (known as “Similarity Score”) and the subsequent prognosis of tested patients was examined in two observational studies. In both studies, there was a positive relationship observed between the strength of the prediction and the subsequent patient survival. 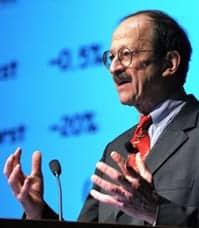