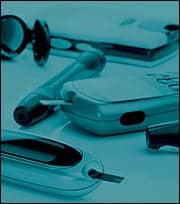 Point-of-care (POC) diagnostics is a rapidly accelerating field in laboratory diagnostics with the trends focused primarily on tests that accelerate test results, improve clinical intervention, and ultimately improve patient health care. Major players in this field focus on areas such as diabetes detection and management, cardiology, urinalysis, and blood gas.

The main features of any POC kit must include an easy-to-use system with easy-to-interpret results in a quick turnaround time such that data from the patients to the clinician yields a fast medical plan of action. In the case of coronary syndrome diagnosis, the use of clinical markers has become an integral part of clinical practice. If such tests are performed rapidly and the results are communicated to clinicians treating patients in emergency departments with chest pain, the route and speed of treatment is substantially accelerated.

POC testing is usually performed at the bedside or near the patient. Instead of sample collection and delivery to a core laboratory, a medical team member conducts the test on-site. Therefore, keeping the urgency of such results and the accuracy of these tests in mind, POC tests are required to be rapid, accurate, and easy to use. In addition, the cost of such a test is of significant importance in a hospital setup.

POC devices are usually small, portable, and simple to operate. Additionally, the data reported is easy to interpret. Most instruments use a whole blood specimen as the sample, which is then processed onboard before the test takes place. Depending on the modes of collection and analysis, POC devices are divided into in vitro, in vivo, and ex vivo types. The first technique involves the removal of the sample from the patient, the transfer of the sample to a test tube, and the insertion of the sample into the test device. In vitro techniques involve sample measurement via intravenous, intra-atrial, subcutaneous, or transcutaneous routes. Ex vivo techniques involve removing the sample from the patient and then doing the test next to the patient. Most cardiac and diabetes testing is done in vitro.

Diabetes, a global disease, is characterized by glucose intolerance and hyperglycemia, and is indicated by high glucose levels in blood. If left unmanaged or unmonitored, it can lead to serious complications such as renal and cardiovascular disease. The 1993 Diabetes Control and Complications trial proposed the need for regulation of glucose levels in blood in order to avoid morbidity and increased ICU stays; and to reduce the onset of diabetes-related offshoot diseases such as kidney, vision, and nerve damage.

Nearly a decade ago, a study conducted by Omer Van den Bergh of University of Leuven, Belgium, indicated in the New England Journal of Medicine that a tight glycemic index control (TGC) showed improved survival (by 32%) and reduced ICU mortality (by 57%). Additionally, ICU stays greater than 5 days were reduced by 25%, and patients requiring antibiotics for at least 10 days was reduced by 36%. Most significantly, septicemia, a by-product of diabetes patients requiring surgery (cardiac or otherwise), was reduced by 46%.

Since blood glucose concentrations change with many external factors such as stress levels, insulin doses, or food, quick clinical intervention based on such results is important. Blood glucose devices have been found to be precise, efficient, and quick to get the same results. The advantages of such POC devices are that they reduce hospital stays for the patient and lower the costs to the patient and community while maintaining good health.

Inverness Medical Professional Diagnostics, San Diego, is clearly the leader in POC tests, especially in autoimmune, infectious, and cardiac conditions. Additionally, its Clearview hcG Urine Dipstick is a powerful, rapid and easy-to-use pregnancy test. In 2005, Inverness, along with Bayer Healthcare (a member of the Bayer group), signed an agreement to increase its cardiac marker menu for POC testing. Inverness also has developed the AtheNA Multi-Lyte® Test System, which allows for multiplexed, simultaneous single-well multianalyte testing. While it has developed this for screening autoimmune disease systems, it has also developed it for other disease markers such as infectious diseases, bladder cancer, and GI syndromes.

Urinalysis—Among the Most Frequently Ordered Tests

Urinalysis is among the most frequently ordered in vitro screening tests in primary care. Siemens Healthcare, Deerfield, Ill, another leader in POC diagnostics, offers the DCA Vantage Analyzer, an immunoassay analyzer utilizing urine samples to detect HbA1c, albumin, creatinine, and A:C ratios in a clinician’s office in a matter of minutes. The simple cartridge format does not need any sample or reagent preparation, and results are reported in a printed format.

In a recent press release in June 2009, Quest Diagnostics’ Swedish subsidiary, HemoCue, added a Hemoglobin A1x (HbA1c) test to its diabetes POC suite, results of which appear in about 3 minutes. According to Jon R. Cohen, MD, Quest Diagnostics’ senior vice president and CMO, this test allows for informed physician decisions without patient fasting. The HemoCue Albumin 201 test is for microalbuminuria, a kidney and cardiovascular risk marker. The CLIA-waived test requires no fasting and can be performed using capillary and venous specimen.

Siemens’ Stratus® CS Acute Care™ Diagnostic System provides rapid turnaround time. The first result is obtained in 14 minutes, and the next ones are obtained at 4-minute intervals. A broad menu of tests from a single sample is obtained, including Troponin I high-sensitivity assay, NT-proBNP, hsCRP, Myoglobin, and other assays. Whole blood processing by onboard centrifugation eliminates manual sample manipulation, with single-use packaging for the tests, calibrators, and other reagents.

Blood gas analysis is used in pulmonary-disease detection. pH, along with the partial pressure of CO2 and O2 and bicarbonate level, are determined in a blood-gas analyzer along with concentrations of lactate, hemoglobin, and electrolytes.

The GEM® Premier™ 3500 Critical Care Analyzer from Instrumentation Laboratories, Lexington, Mass, analyzes blood gas, electrolytes, and metabolites, with optional testing for CO-oximeter (GEM OPL portable CO-oximeter) and coagulation factors (GEM PCL™ Plus portable coagulation analyzer). This new product is built on the foundation of unprecedented testing simplicity, flexibility, and reliability of the GEM Premier 3000, while adding new capabilities of an enhanced system that is adaptable to the needs and volumes of hospital and lab. With touch-screen displays, automated QC, and self-contained cartridges, the learning curve is minimum. iQM® automates quality control and continuously detects, corrects, and documents to ensure quality results and compliance, while GEMweb software integrates the information network throughout the medical facility.

The CBC test, used as a broad screen for Hb, WBC, RBCs, and platelet count, is one of the most requested tests by clinicians. It is a test used to check for anemia, blood disorders, and infections. QBC Diagnostics Inc, Philipsburg, Pa, specializes in CBC tests using dry hematology technology. The STAR hematology analyzer, used in urgent care, has the advantage of simple technology, small footprint, and low cost. Patient samples are collected into a specially designed STAR tube containing all the necessary reagents. According to the company, the QBC STAR system is extremely accessible due to the use of dry reagents, and it is a low-cost and easy-to-use test system.

Emerging Technologies and Trends in POC

So what might be the direction of POC diagnostics? Data management, along with low-cost, easy-to-use assays, still is paramount to clinicians for better patient care.

According to Hanjoon Ryu, senior vice president of point-of-care business at Siemens Healthcare Diagnostics, “Siemens is positioned to grow a point-of-care test menu and is investing in technology designed to improve system throughput, connectivity, and operator interface for our products. We believe integrated data solutions are an important component in the next generation of point-of-care testing, and we are leveraging our resources as an integrated health care company with established IT capability to develop innovation solutions in this area.”

Another emerging POC technology is quantitative PCR for diagnostics on a disposable cartridge. In June 2009, Micronics Inc, a microfluidics company based in Redmond, Wash, announced the patent for a system and method for performing PCR on a microfluidic device with molecular diagnostics applications. Should the cost per test as well as the ease of running such an assay be comparable to current methods, diagnostics will move to a more quantitative and definitive results direction in the future.

As the authors of Markers in Cardiology (Wiley-Blackwell Press, 2001) state, “Due to the advancements in development of markers in cardiac diseases, the public expectations have increased significantly. However, many questions remain in that we need to link POC testing with improvements in patient treatment strategies. The clinical laboratory’s role in providing technical expertise to users and promising good-quality POC tests is still critical in the success of near-patient testing and medical intervention.”